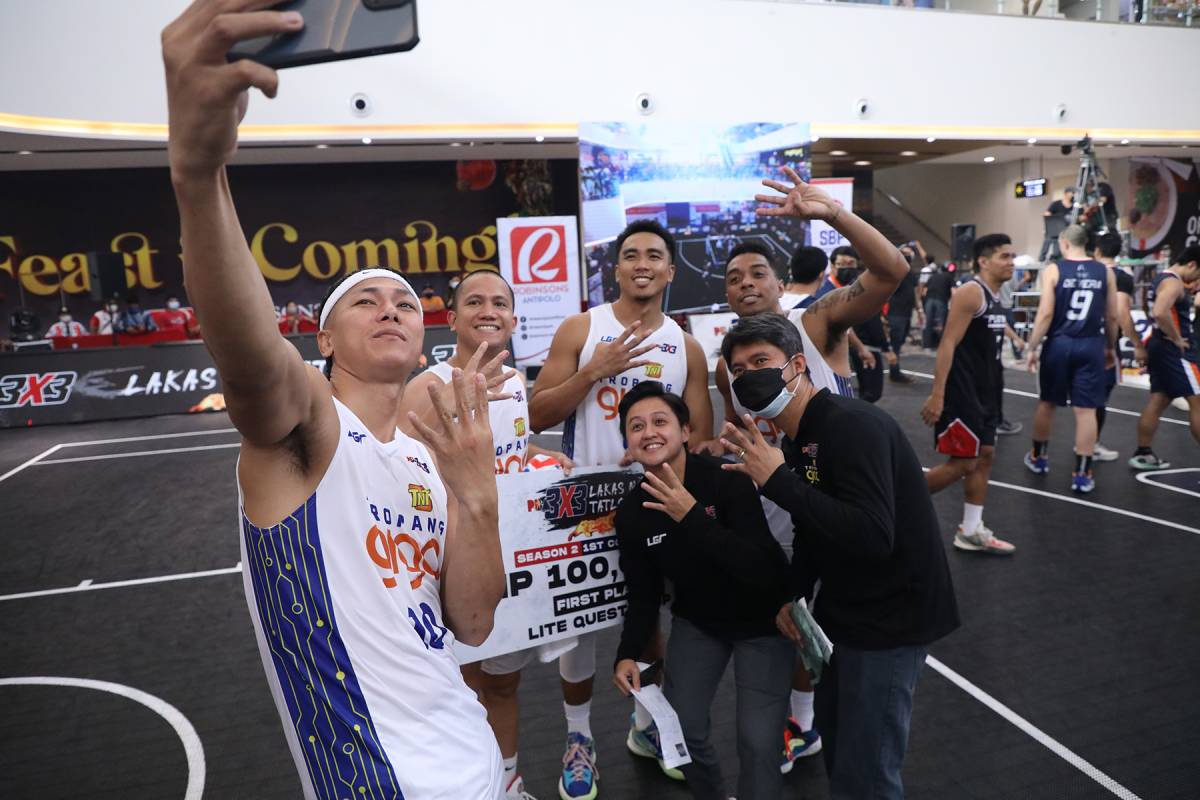 Samboy de Leon and Ping Exciminiano came through in overtime as TNT beat Meralco in a clash of familiar foes, 21-19, to rule the opening leg of the PBA 3×3 Season 2 First Conference, Sunday at Robinsons Place Antipolo.

The sweet-shooting winger drew first blood in the extra period, and his veteran teammate went on to nail the clincher off an Almond Vosotros find as the Tropang Giga went on to collect their sixth leg title overall since Season 1.

Vosotros top-scored for the flagship MVP franchise with nine points, while Exciminiano finished with eight as they bagged home P100,000 anew.

It was TNT’s third straight time to beat Meralco for leg honors since last season, which ended with the former as champions of the Third Conference.

Tonino Gonzaga and Alfred Batino tallied six points apiece to lead the Bolts. The two veterans spearheaded their side’s 7-2 assault — with Gonzaga capping it off with a two-pointer — to send the game into overtime.

Meralco, who also swept the group stage like TNT before downing Purefoods and Platinum in the knockout stage, settled for the P50,000 runner-up purse.

The comebacking TH Tumalip led the way with five points, while Yves Sazon added four markers in the victory that netted the team P30,000.