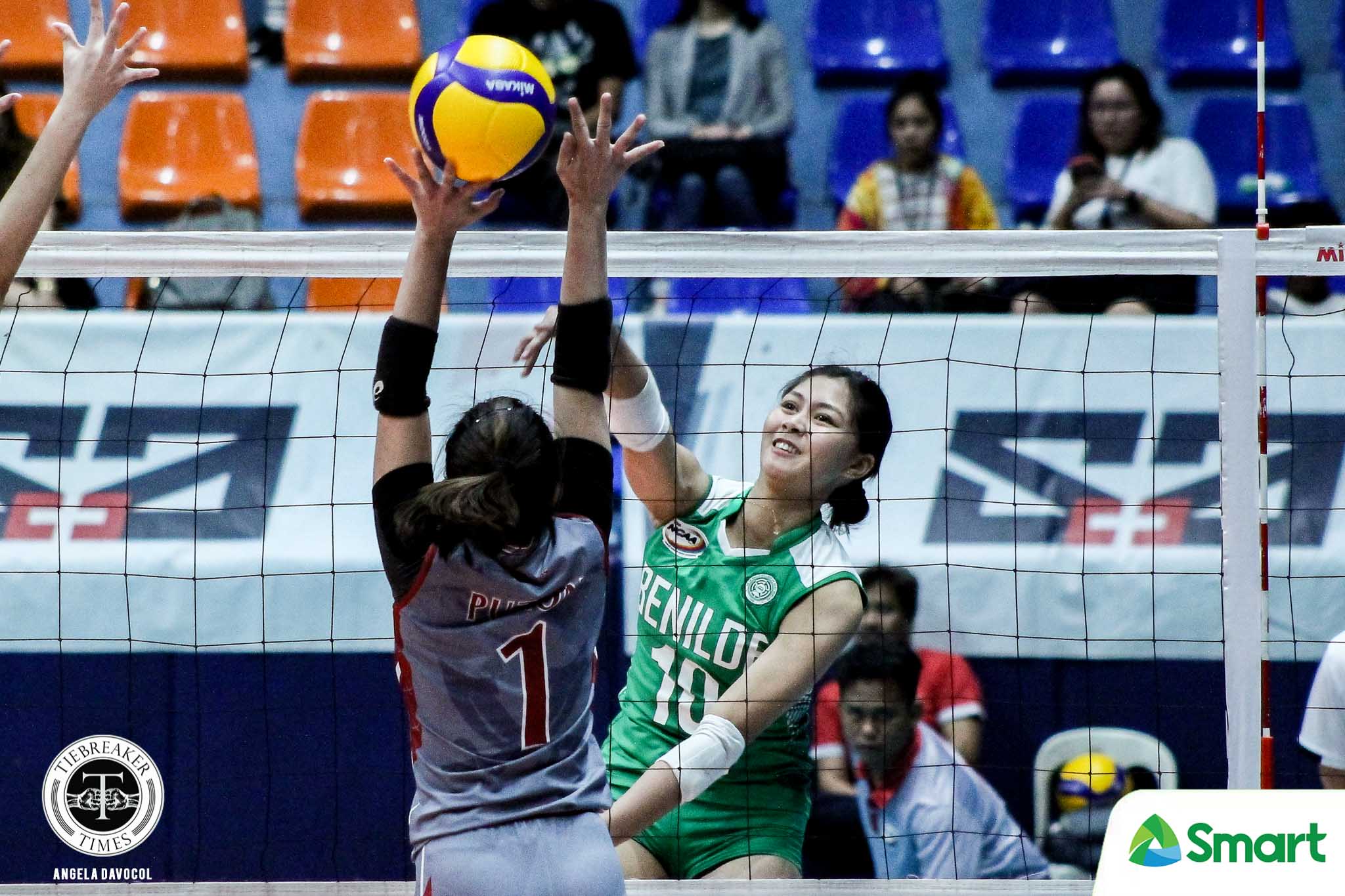 Pascual and Go displayed composure and will beyond years in crunch time, taking turns punishing the Lady Pirates’ defense. They also scored five crucial points each in the decider to buoy St. Benilde to 2-0.

Locked in a stalemate at 3-all in the frantic rubber frame, Pascual and Go caught fire and connived for a blistering 6-0 blast to take a commanding 9-3 gap. Though Ciarnelle Wanta stopped the bleeding and pumped life into the beleaguered Lady Pirates, the prolific rookie scorers of St. Benilde proved too much down the stretch.

But before Pascual and Go’s heroics took shape at the critical juncture of the match, the Lady Blazers had to scramble in the fourth set after staring at a 1-2 set deficit.

Knotted at 16, St. Benilde relied on the net defense anchored on Michelle Gamit and Chelsea Umali. They mounted a 23-18 lead before the latter scored on a running attack then Go splashed a timely ace.

Jade Gentapa backstopped the rookie tandem with 15 points, while Klarisa Abriam managed seven markers. Diane Ventura and Gamit chimed in six each. Umali had five in the contest.

Cloanne Mondonedo and Jewel Lai had their fair share of playmaking duties for St. Benilde, which outgunned Lyceum, 58-52. Defensive specialist Arianne Daguil patrolled the floor with a 12-dig, 12-reception output.

The Lady Blazers also razed Lyceum’s hopes of a breakthrough win down to the ground, along Wanta’s stellar offensive outing.

Wanta topped the Lady Pirates with 21 points, all coming from attacks. Mary Joy Onofre supplied 16 markers, as Jane Sevilla and Alex Rafael chipped in 12 and 11, respectively.

St. Benilde will try to sustain its blazing start when it collides with Colegio San Juan de Letran on Monday, January 20. Meanwhile, Lyceum will seek to barge into the winner’s circle when it faces Perpetual on Tuesday, January 21. Both matches will be played at the same venue.