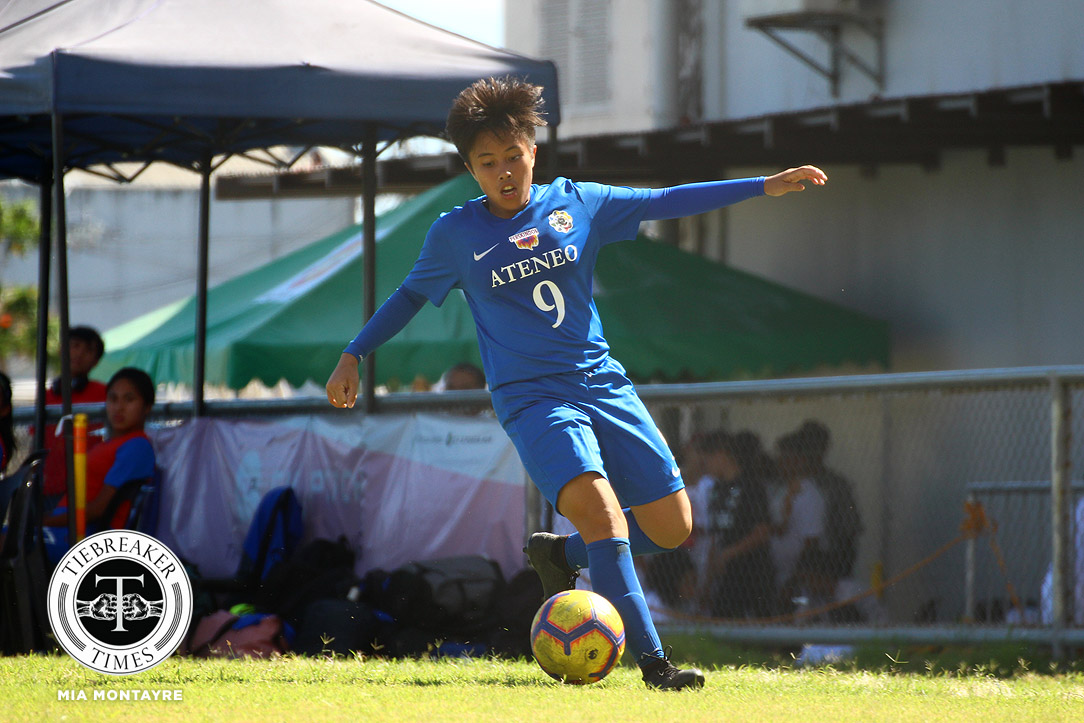 At long last, the Ateneo de Manila University Lady Eagles can experience the emotions that come with victory.

As the only winless team in the UAAP Season 81 Women’s Football Tournament before the game, coach Jay Pee Merida’s ladies prevailed 1-0 over the University of the Philippines Lady Maroons, Wednesday afternoon, at the Circulo Verde field in Quezon City.

With the result, Ateneo and UP end the first round with three points each after four matches.

“Before we started the last game of the first round, ang challenge kanina sa pag-iisip ko is pano ibabalik yung girls yung motivation sa sarili nila. For me, they’re ready and they’re very excited to finish the first round,” commented Merida.

Midfielder Pam Diaz shot past Fighting Maroons goalkeeper Nicole Adlawan in the 26th minute, to break the deadlock for the Lady Eagles. Diaz and Anna Ferrer had good opportunities to double Ateneo’s edge deep in the second half, but Adlawan foiled their attempts.

There is still no word as to who both teams shall next face to start the second round, as the league will go on a hiatus while the national team continues its campaign to qualify for the 2020 AFC Women’s Olympic Qualifying Tournament.

With the tournament at a ceasefire, Merida mentioned a certain aspect he’d like to see from the Lady Eagles in their game come round two. “We need to work as a unit. We need to work as a team kasi may mga plan kami sa first half na medyo hindi nasusunod ng iba,” said the two-time Men’s Division champion coach. He explained that Ateneo will start to hold team talks in Circulo Verde rather than inside the campus.