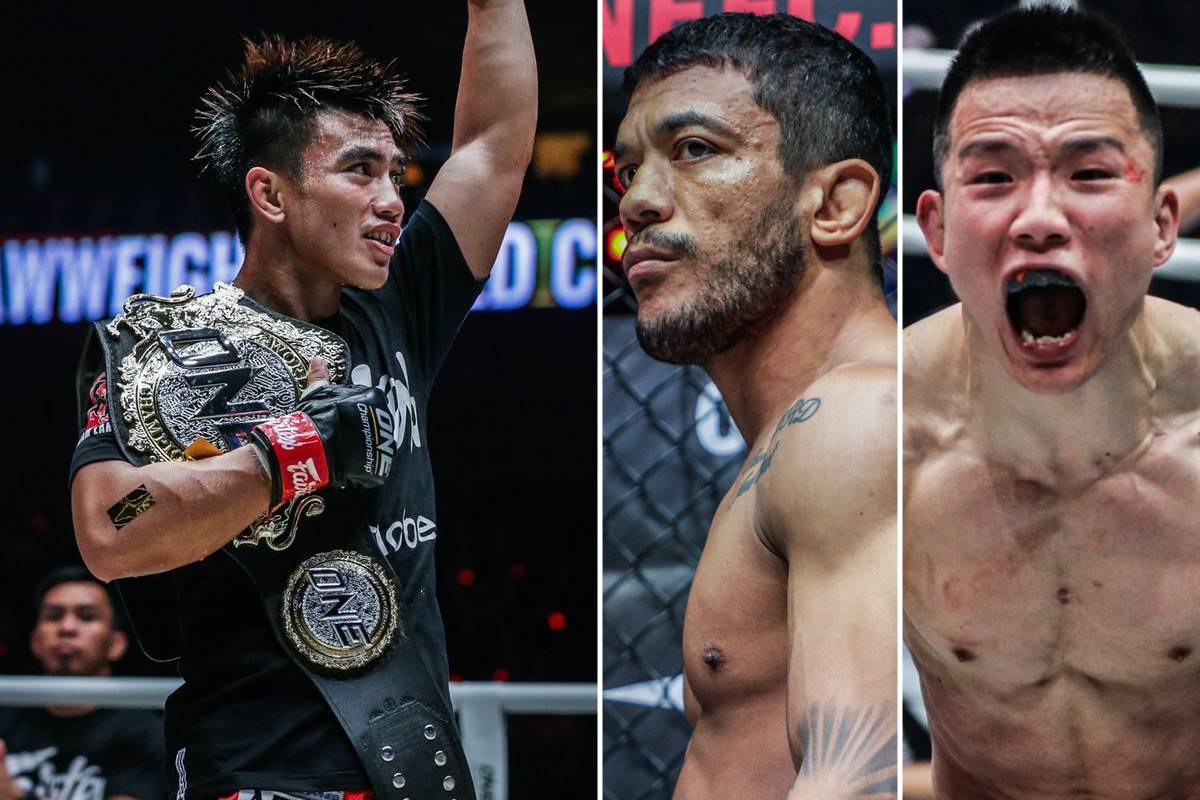 ONE Strawweight World Champion Joshua “The Passion” Pacio will be heavily invested in ONE Championship’s next show – ONE: Battleground II.

Pacio will be glued to his television screen to cheer for his kuya, Eduard “Landslide” Folayang, when “Landslide” takes on “The Warrior” Zhang Lipeng in the main event of the previously recorded card that airs this Friday, 13 August.

But aside from that, the 25-year-old is also excited for the strawweight clash between former contender Alex “Little Rock” Silva and Chinese rising star Miao Li Tao, as this match could determine who he faces next.

“The fight between Miao Li Tao and Alex Silva is surely a thrilling bout. Miao is a very aggressive and explosive athlete, but Alex on the other hand is very dangerous, especially on the ground,” Pacio said.

The last time Pacio entered the Circle it was against Silva, and he was certainly pushed to the limit by the crafty Brazilian.

The Evolve MMA star pulled out all stops in trying to snag the World Title away from Pacio, but the Filipino had one extra step in him as he came away with a hard-earned split-decision win to retain the strap.

“I learned a lot when I faced Alex last year,” he said. “He’s always a dangerous opponent and I think if we’d face each other again, I’d have to show more aggression, much loaded striking, and I’d throw a lot of combinations to be able to eke out a decisive win.”

While he was able to overcome Silva in that clash, Pacio expects “Little Rock” to survive Miao and make his move back up in the rankings.

“I predict this bout in favor of Alex. I’ll go for Alex because of his years of experience and he’s already a veteran in this field,” he said, giving his fearless forecast. “If you play long with Silva, it’s gonna be, ‘Goodnight, Irene!’ as Michael Schiavello puts it.”

But Pacio won’t be surprised if Miao pulls off the upset against the favored Brazilian, saying that it’s only further proof that the division continues to get stronger and stronger with time.

“ONE’s strawweight division just got more stacked because of the athletes’ constant improvement and them continuing to level up their games,” Pacio said.

“They’re all very hungry and with that, the competition just gets tougher and tougher.”

On Pacio’s end, it’s all the more reason why he should stay on his toes and strive to get better.

“This is the reason why we are more motivated to train and get better every day. And if you try to see the other side of this, you’ll realize that this is not just a competition anymore but martial artists helping each other to level up and be the best version of themselves,” Pacio said.

“So it only provides a great show every time we step inside the ONE Circle.”

ONE returns to action with the previously recorded ONE: BATTLEGROUND II tonight, when Eduard “Landslide” Folayang takes on Zhang “The Warrior” Lipeng in the main event.

ONE Sports and ONE Sports+ will cut to the broadcast at 9 p.m. Philippine Standard Time (PHT) on Friday, 13 August. Download the ONE Super App for more info.