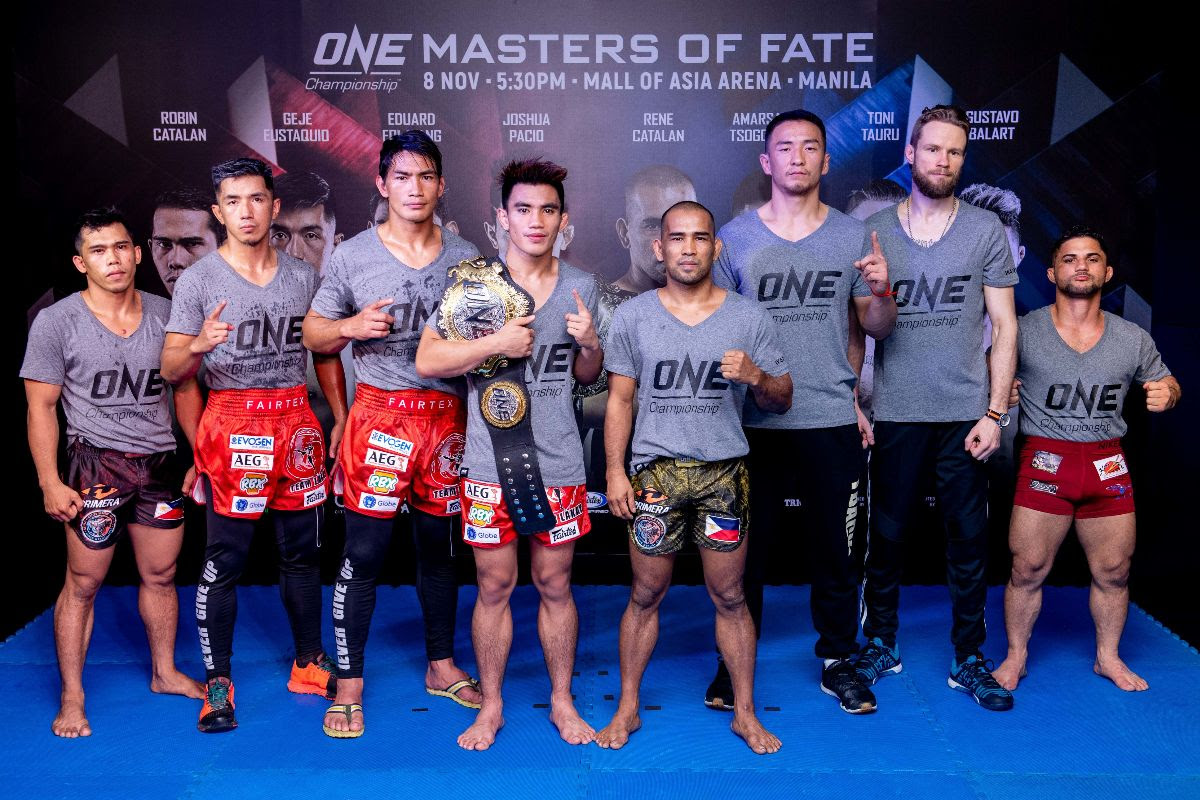 Regardless of who walks away with the ONE Strawweight World Title on Friday, November 8, it is the fans inside the Mall Of Asia Arena who will end up the winners.

The all-Filipino main event at ONE: Masters of Fate sees Joshua “The Passion” Pacio defend his strap against Rene “The Challenger” Catalan in the final show of ONE Championship in the Philippines this year.

While there is no questioning the desire of both men to return home victorious, both agree that what they are doing is for the country.

“No matter who wins, the honor and glory go to the Philippines,” Catalan said.

“The Passion” is just as optimistic.

“Once again, it is an honor to perform in front of my hometown fans in Manila. Putting on a show for all the Filipino people — it’s always something I am excited for,” Pacio said.

“It’s rare that a Filipino will fight another Filipino for a World Title. But I’m glad to be part of history.”

The build-up to the match was a bit heated, as old wounds between the Catalans from Iloilo and Team Lakay from the Cordilleras opened up the moment the 40-year-old put himself in contention for Pacio’s World Title.

Regardless of their history, the 23-year-old World Champion speaks highly of Catalan, who has been competing long before the younger athlete learned how to throw a punch.

“Rene Catalan is a worthy challenger. He’s riding a six-bout winning streak and is full of confidence. I am expecting only the best from him,” Pacio said.

“As always, I take this as an opportunity to test my skills. He’s a veteran who has been fighting his whole life. I have also been impressed by his recent performances, especially against Yoshitaka Naito.”

While Pacio has already experienced what it is like to be on top, Catalan is itching for his moment.

“I am super confident heading into this match-up. Becoming a mixed martial arts World Champion has been a goal of mine for a long time. Now, I have the opportunity to fulfill my dream,” Catalan said.

“I know chances like this don’t come often, so I’m giving this everything I have. I don’t plan on leaving the Circle without that belt.”

Like Pacio, Catalan thinks highly of his opponent, but the moment the opening bell rings on Friday, that mutual respect will be set aside.

“Joshua Pacio is a young champion. He still has his entire career ahead of him. I respect his skills and his journey up to this point,” Catalan said.

“But once that cage door shuts, it’s go time.”

ONE Championship returns to Manila for one last time this year with ONE: Masters of Fate this Friday, November 8, at the Mall Of Asia Arena.

Or get your tickets here and use the code “onewarrior” for a 20% discount.