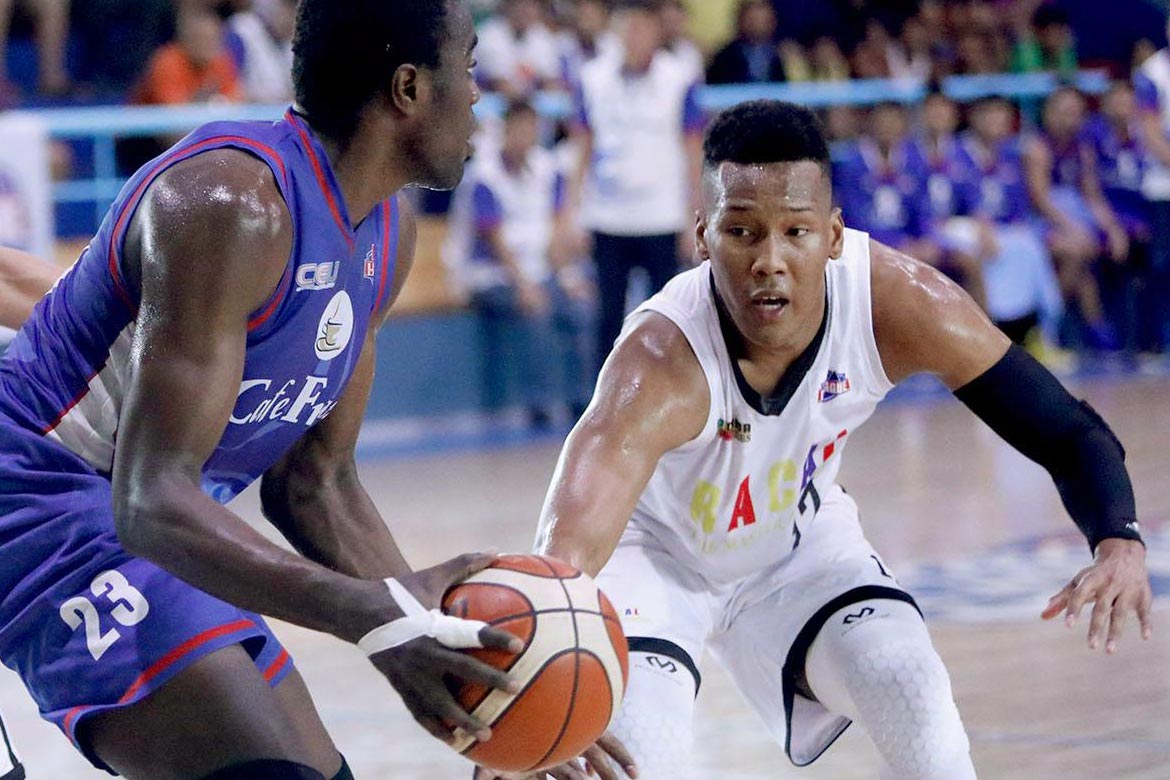 In his first four years with the Emilio Aguinaldo College Generals, Sidney Onwubere was known as a rugged defender and a tenacious rebounder. However, his perimeter shooting was non-existent during that frame, and he mostly relied on drives to score.

For the majority of the 2017 PBA D-League Aspirants’ Cup, Onwubere had been quiet yet stable for the Racal Tile Masters. But he became a beast unleashed on Tuesday afternoon.

With his team facing a daunting task of going up against perennial contenders Café France-CEU Bakers, it was Onwubere who shone the brightest in Racal’s 88-86 win in Game 1 of their semis series.

Onwubere finished with a game-high 24 points spiked by five triples — with his last one serving as the game-winner with 1.9 ticks to go, completing Racal’s comeback from seven points down, 77-70, late in the payoff period.

“Nag-step up lang ako,” said Onwubere of his game-winning triple.

The Filipino-Nigerian’s 24-point outburst also serves as his best outing yet in his first-ever D-League stint. And it’s a testament to the hard work he has put in during this NCAA off-season.

“Yun nga, first time ko makalaro dito so I just want to do my best. Gusto ko lang ipakita yung kaya kong gawin,” added Onwubere, who posted norms of 11.7 points and 6.4 rebounds in the nine-game stretch of the eliminations.

And the one-time FIBA 3X3 participant gives full credit for his new found shooting ability to his coaches at Racal.