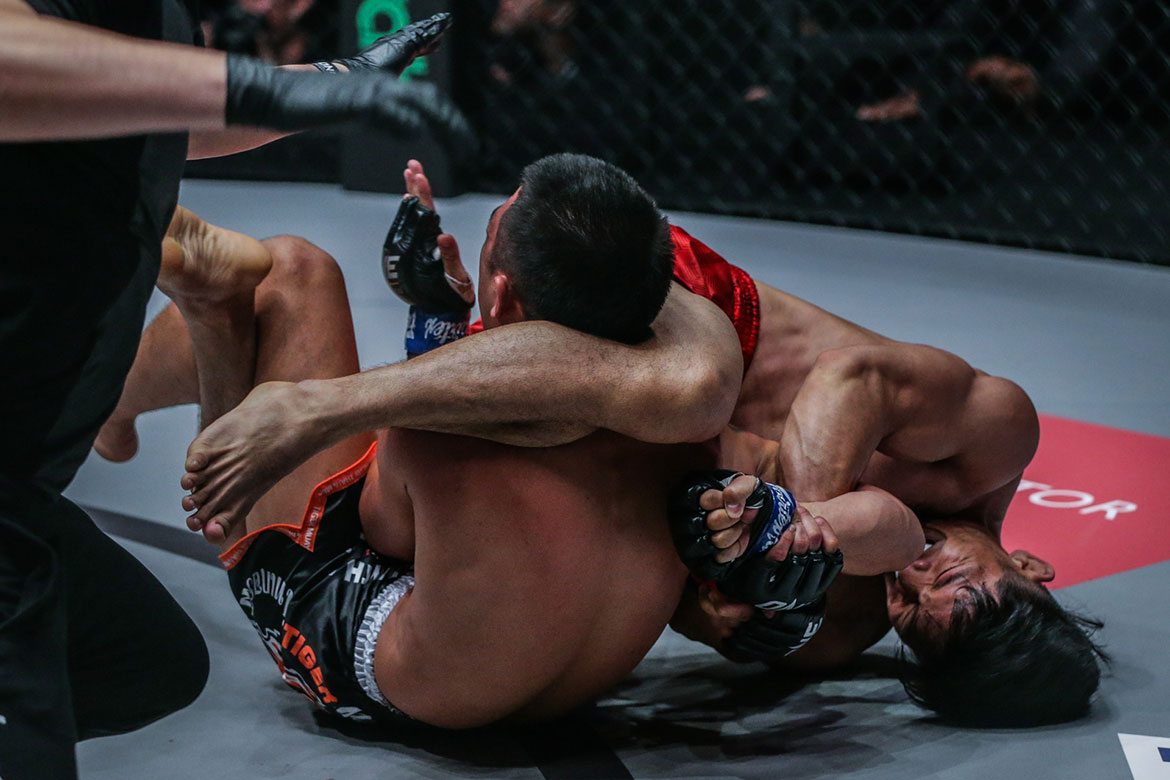 In his first fight in Manila in seven years, Lito Adiwang made sure to put on a show.

The 26-year-old fighter out of Team Lakay blasted veteran Pongsiri Mitsatit, before tapping the Thai in the very first round (3:02), Friday evening during ONE: Fire and Fury at the SM Mall of Asia Arena.

Adiwang had a chance to finish the fight early, knocking Mitsatit down with a high kick. He then unloaded a flurry of punches and elbows on the ground. Still, Mitsatit survived the onslaught.

But the Filipino Sanda practitioner refused to let his guard down. He took Mitsatit to the mat before securing a tight kimura for the submission.

“Ever since I matured in MMA, the key is my mindset,” said Adiwang, who had to go through ONE Warrior Series before getting to the big stage. “No matter how strong and how good you are, if I put my mind to it, I’ll be able to beat you to it.”

Adiwang raised his slate to 10-2, racking up his seventh straight win.

This is his first bout in Manila since URCC 24: Uprising. Adiwang, then just 20 years young, defeated Mark Joseph Abrillo via submission as well.

Mitsatit suffered his third straight setback to fall to 10-5.