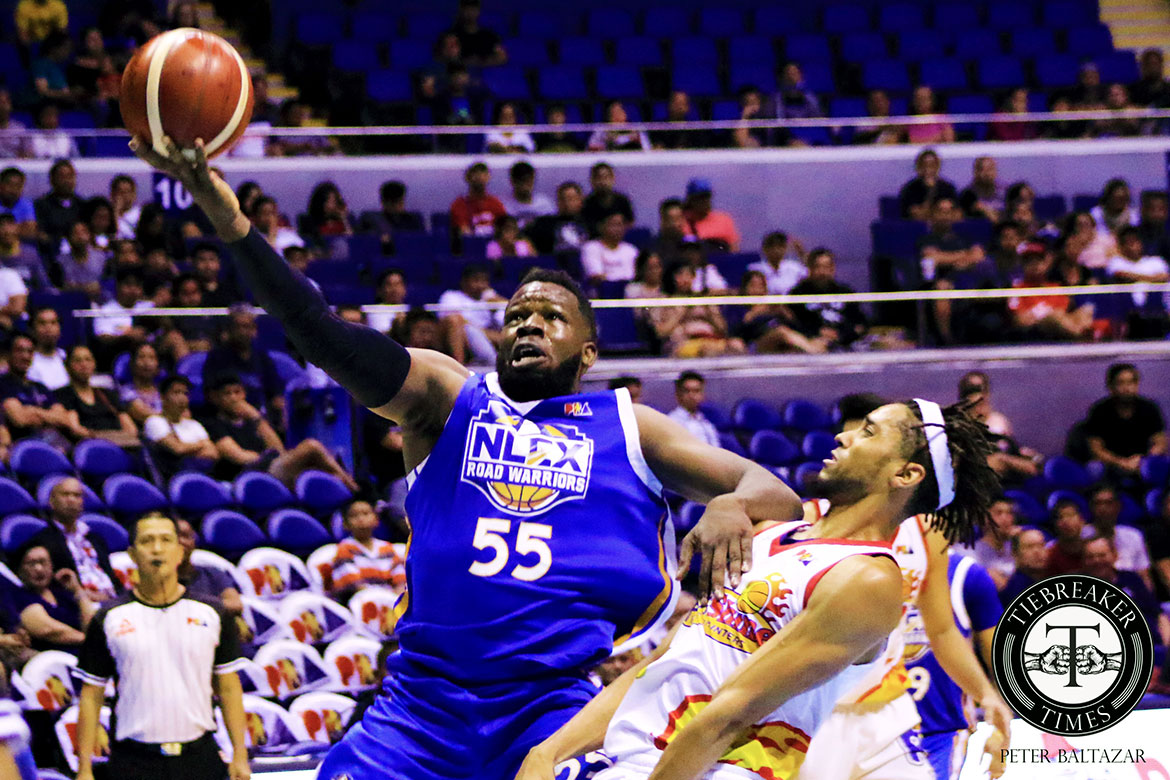 Since failing to finish the 2018 PBA Governors’ Cup after badly tearing a tendon in his knee, Olu Ashaolu has wanted to come back to the NLEX Road Warriors to prove himself and, of course, to finish what he started.

“I’m very eager, man. It’s something that I’ve been looking forward to since the injury,” said the 31-year-old Ashaolu, who still managed to appear in three games for the Road Warriors last year despite the condition of his knee.

Now, the Nigerian-Canadian cager out of Oregon finally has his chance.

NLEX have set their sights on the 2019 Governors’ Cup, as they feel that their chances in the ongoing 2019 Commissioner’s Cup are now bleak. And they have decided to gear up for the season-ending conference this early.

And part of their preliminary preparations is replacing original import Tony Mitchell by bringing Ashaolu in.

“I’m happy to be back here,” said a beaming Ashaolu, who arrived in the Philippines earlier this week. “The team welcomed me back with open arms, so I’m just gonna do my part and try to win as many games as possible.

“I’m very fortunate for that. Coach Yeng [Guiao] felt it was best to try and bring me early, kinda like last year. It’s kinda the same team as last year with a few new additions. I’m happy to be here early and get going with the guys,” he added.

Ashaolu made his debut Friday evening. And he immediately made everybody notice his comeback.

The 6-foot-5 forward had 26 points — including the game-sealing freebies with 5.1 ticks left to play — with 13 rebounds, six assists, and a steal to lead the Road Warriors past Denzel Bowles and the Rain or Shine Elasto Painters, 100-97.

And while Ashaolu personally didn’t like the way he played, since they got the win, he’s all fine.

“Personally, I didn’t think I had a great showing. My legs were a little heavy and I didn’t really make my jump shots. But we got the win and to me, that’s all that matters,” said Ashaolu, whose Road Warriors improved to 2-7.

Once the Governors’ Cup opens, NLEX will have top guard Kiefer Ravena back from his FIBA suspension. Given that, Ashaolu is excited to form a solid combination with the sophomore combo guard out of Ateneo de Manila.

“Yes, yes, definitely. I’ve been hearing about him since last year. I met him one time in Macau and I practiced with him in his first day back. I can already see how good of a player he is. So yeah I’m looking forward to it,” he said.

“I’m excited to play with a guy like him.”