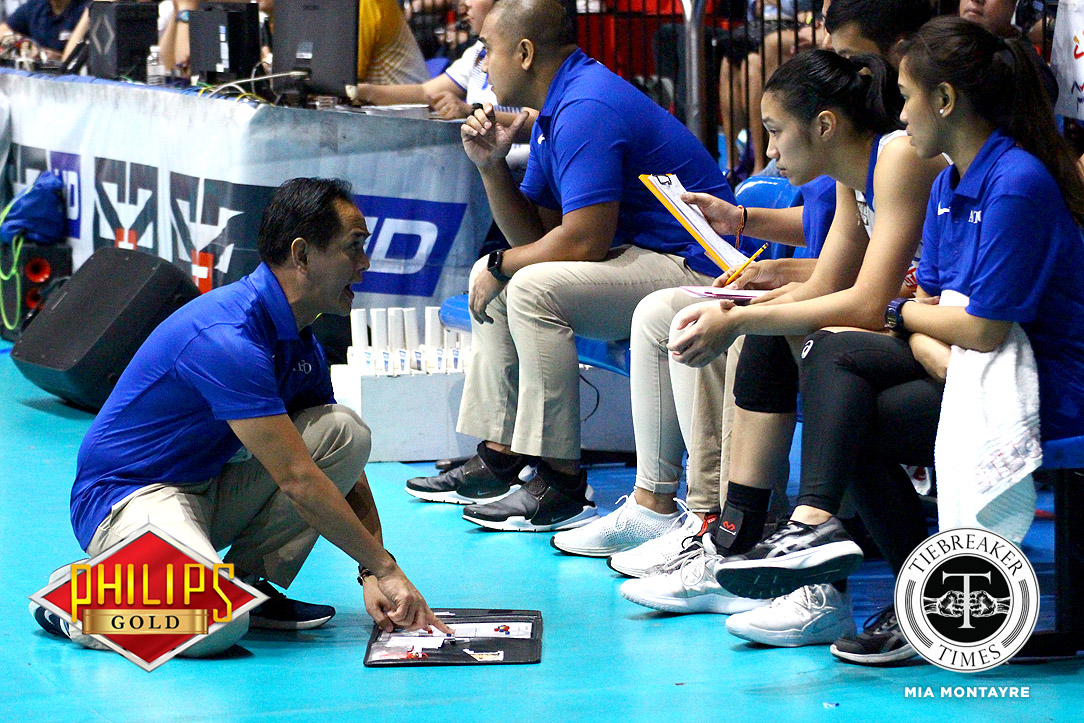 Coming off a dramatic win in their semifinals series against the BanKo Perlas Spikers, the Ateneo-Motolite Lady Eagles were far from their usual form in Game One of the PVL Open Conference Finals against the Creamline Cool Smashers.

Ateneo’s vaunted blocking was limited to a solitary kill. They also absorbed 11 aces from a determined Creamline side aiming to take a second championship this season.

Throughout the entire Open Conference, first year Lady Eagles head coach Oliver Almadro has emphasized the need for experience and learning over expectations of winning.

Almadro was surprised to see the Lady Eagles so tense in the Finals, since he had seen less agitation in past performances. 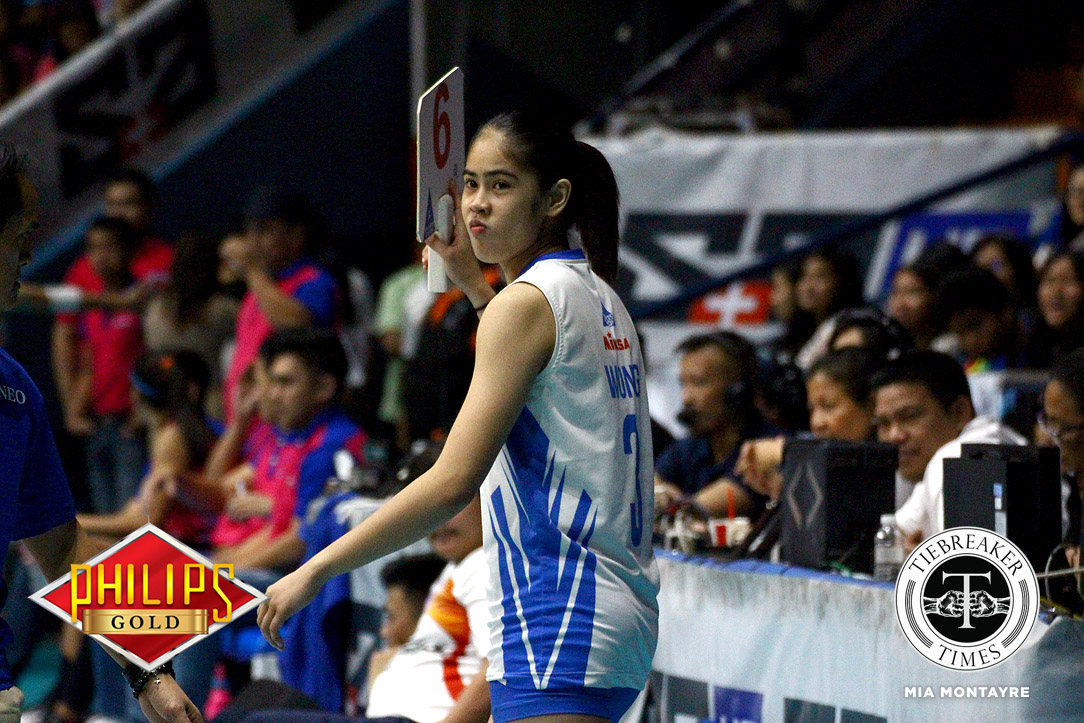 “I guess we played with so much pressure kanina when we really should not have,” said Almadro.

“I told them that I wasn’t expecting – or we didn’t [expect] – perfect from them, only good. May mga small things kanina na we could have done better.

“But, you have to give it to Creamline also. They played really well. This is their league and they really want this championship talaga,” added the triple crown V-League champion.

When Game Two rolls around, the fiery mentor expects his players to play with a lot less baggage.

“I trust my players, and they trust each other na they’ll be better on Saturday. I know na gusto nila ipakita ‘yung game nila. That’s what’s important to us.”