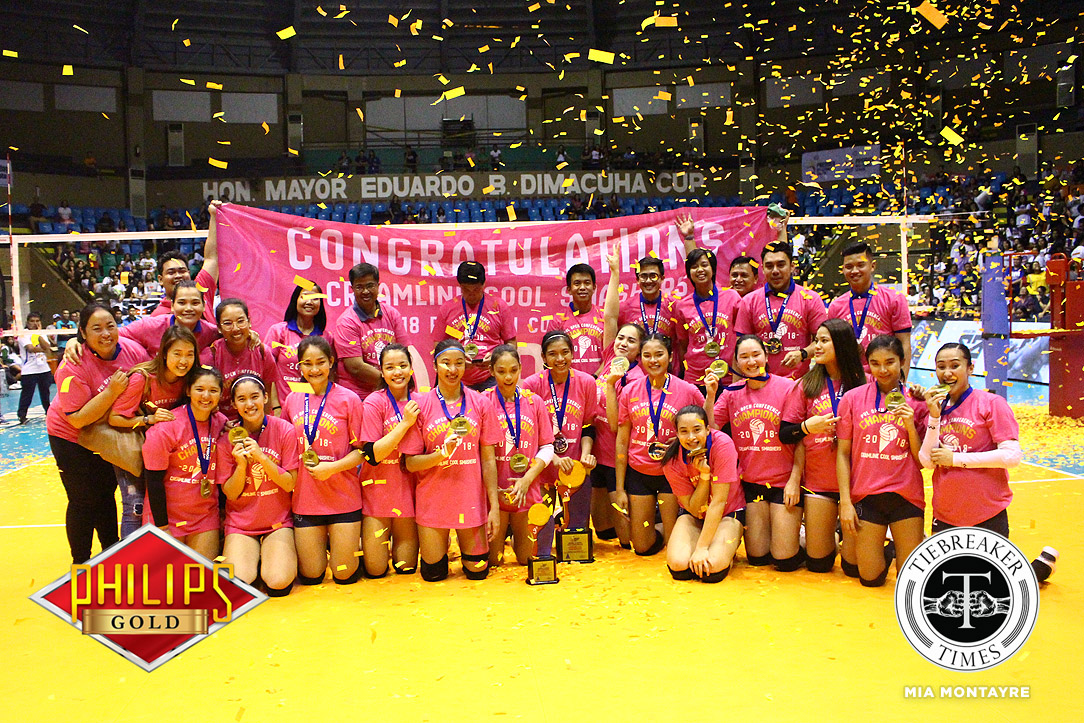 Peaking at the perfect time, the Creamline Cool Smashers outclassed the Ateneo-Motolite Lady Eagles, 25-20, 25-20, 25-15, to complete a sweep of the PVL Open Conference at the Batangas City Coliseum.

The Cool Smashers retained their dominance from the Game One. Trailing 11-16 in the first set, Creamline went on a 5-0 run thanks to solid serves from Michele Gumabao. The Lady Eagles retained the lead, 17-16, momentarily after a Maddie Madayag quick hit. After that, the Cool Smashers went on a decisive 9-3 burst to gain the early lead.

Creamline were in danger of seeing their lead dissipate, as the Lady Eagles trimmed a 14-7 gap down to one, 16-15. Following a timeout, the Cool Smashers regained their groove, as Alyssa Valdez, Risa Sato, Jema Galanza, and Jia Morado heaped points down the stretch.

By the third set, Creamline’s championship pedigree, shone as they uncorked a 16-6 blitz and never looked back.

Creamline bagged their second title after taking the 2018 Reinforced Conference, which they also won via sweep.