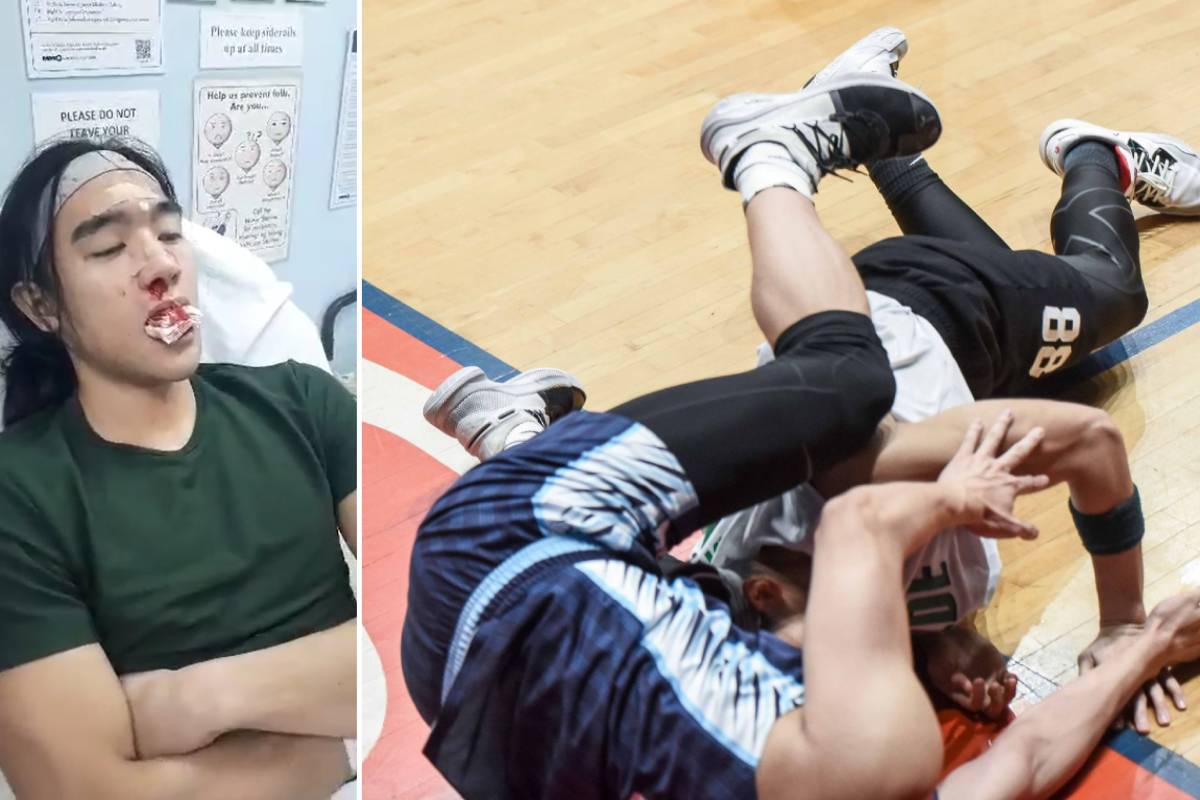 Migs Oczon will be out for at most one month for College of Saint Benilde.

The 6-foot guard formerly out of National University suffered a fractured nose along with numerous stitches on his forehead and broken teeth after figuring in a bad crash during their game against Adamson University last Saturday in the 2022 Filoil Ecooil Premier Cup.

“Looks like he will be out for more than a month as he will need surgery,” said Blazers head coach Charles Tiu.

The injury occurred with one minute left in the second quarter.

As Oczon attempted a corner triple, Joshua Barcelona tried to challenge the shot. However, he could not control himself midair, crashing into Oczon who fell face first on the floor.

Prior to the incident, Prince Carlos and Ray Allen Torres clashed heads as well resulting in cuts for both players.

“Prince Carlos will be out a couple of weeks or so after getting 11 stitches above his eye,” added Tiu.

Both Oczon and Carlos were immediately sent to Makati Medical Center for testing.