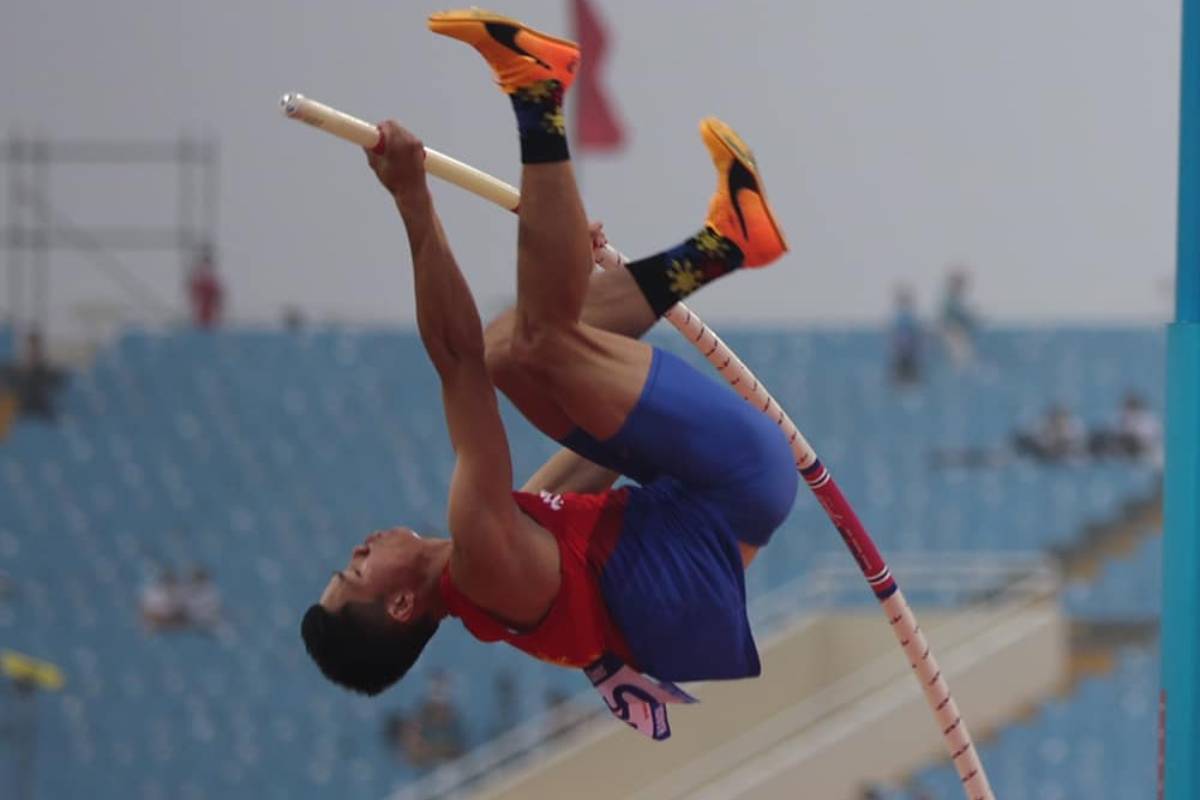 The University of Santo Tomas product cleared a height of 5.86 meters — the highest since he ended with the new Asian record of 5.94 when he won bronze in the World Championships earlier this month.

This is the fourth consecutive medal for the current world no. 3 pole vaulter in nine days as he is making rounds of tournaments in Europe since August 23, where he won the Internationales in Jockgrim.

Obiena went for an attempt at 6.0 meters, but could not make it in the allowed three attempts.

Netherlands’ Menno Vloon bagged the silver with 5.81, taking the spot on result of countback against the World U-20 champion Anthony Ammirati of France.

Obiena will go for a third straight gold when he competes at the next leg of the Diamond League in the Memorial van Damme meet in Brussels, Belgium.