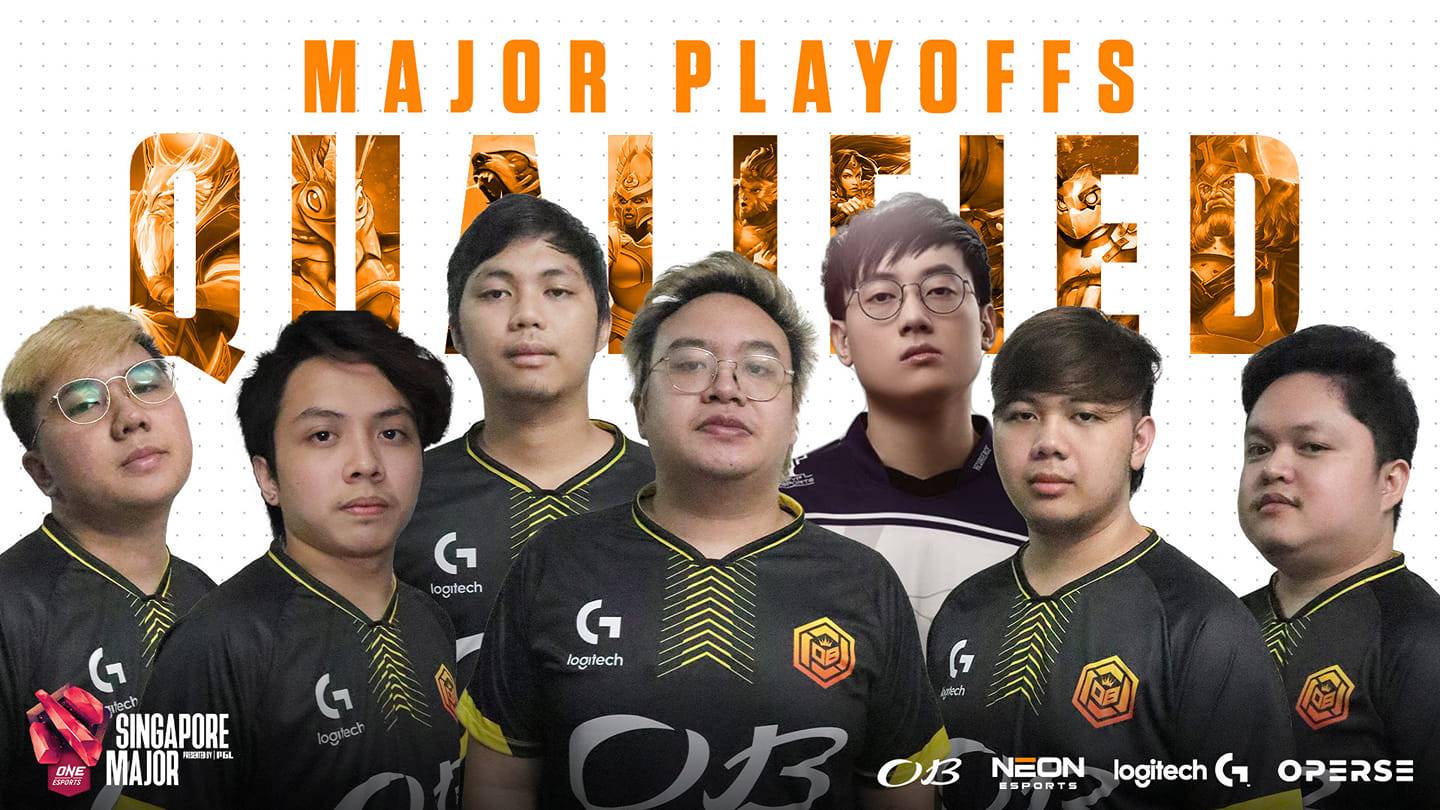 Despite being forced to change personnel in the midst of the group stage, all-Filipino squad OB Esports x Neon managed to punch its ticket to the ONE Esports Singapore Major playoffs after getting crucial wins on Tuesday evening.

The team finished at the seventh spot in the eight-team group stage with one win, three draws, and three losses and will head to the lower bracket playoffs.

Neon Esports, who dropped its first game against group-stage leader Thunder Predator to open day two, was able to score a huge win in Game Two to settle for a draw against the South American powerhouse.

The OB Esports-backed squad the first team to snatch a game against Thunder Predator, who is on its way to the upper bracket after recorded four wins and two draws as of posting time.

Neon Esports worked its magic once more come its second series of the day, forcing another draw against European powerhouse and The International 2013 winner Alliance.

Southeast Asia’s second-best team then slew another The International-winning organization in Team Liquid through back-to-back performances from Gabriel “Skem” Ong.

The squad was swept by Quincy Crew and Vici Gaming, respectively, and settle for a draw against Aster on the first day of the group stage.

The playoffs will start on Wednesday.