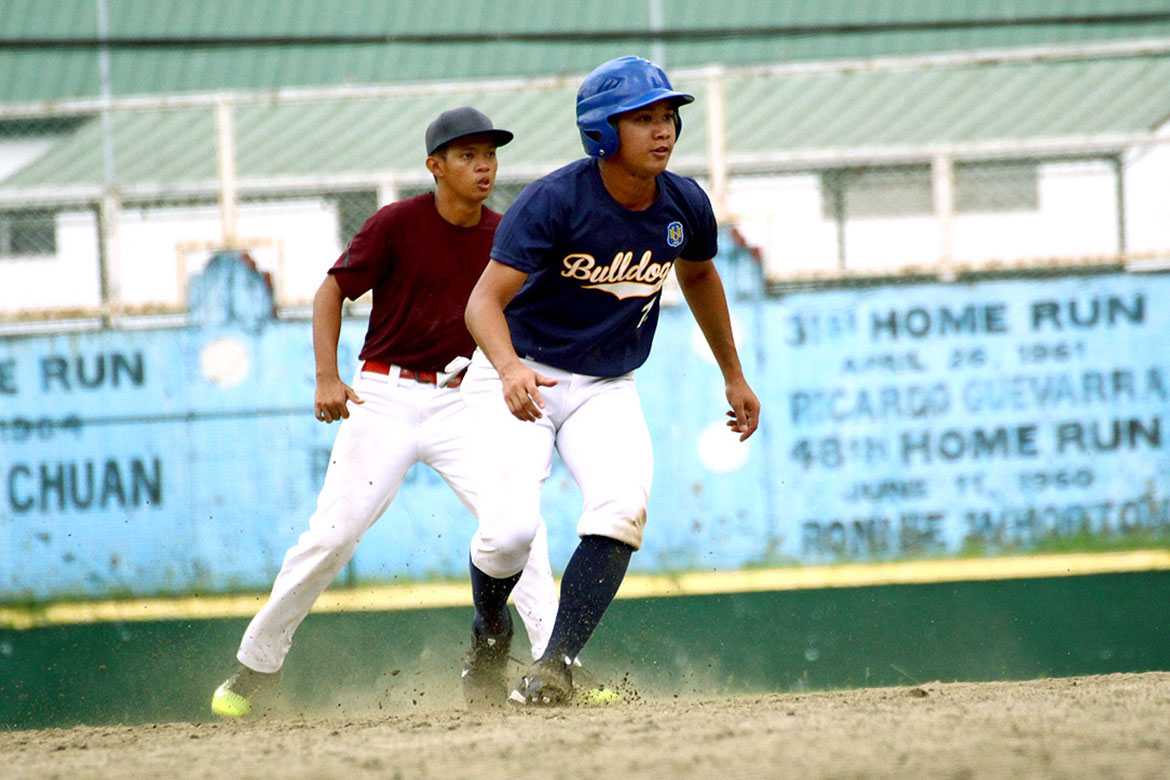 Coming off back-to-back losses, the National University Bulldogs bounced back from a close loss last Saturday, repulsing the University of the Philippines Fighting Maroons, 10-1, Sunday afternoon at the Rizal Memorial Baseball Stadium.

This is NU’s first win in the Philippine Baseball League while dealing UP its third straight loss.

After the game against undefeated La Salle, first-year NU head coach Egay Delos Reyes told his boys to shake the loss off.

The gameplan was followed to the tee as his wards responded early at bat, taking advantage of the miscues of the Fighting Maroons’ defense.

The result was a six-run onslaught in the second inning that turned out to be the defining inning for NU on. It started despite dealing with two outs as UP starting pitcher Kenneth Marinas gave the free pass to Clarion Santos before three straight hits scored four for the Bulldogs.

The Bustillos-based side then added insurance runs in the next few innings to seal their maiden win.

The victory was certainly a welcomed thing for the Bulldogs as they want to regain their form after placing at the bottom of the standings in the last UAAP season.

Earlier in the day, the Adamson Soaring Falcons scored a massive upset against the Ateneo Blue Eagles in an abbreviated seven-inning outing, 15-2, to take their second straight win of the competition.

The first inning was huge from the reigning UAAP champions, breaking Marco Mallari’s defense with five runs on five hits, all of them singles. And notwithstanding a run from the Blue Eagles during the top of third, the Soaring Falcons detonated eight more runs to pull away for good.

Lexter Carandang produced a booming triple to the right field to score slugger Christian Maigue capping of the offensive avalanche. The latter earlier sent two home himself after a huge hit in the previous sequence.

In the third game, the Itakura Parts Philippines Corporation Nationals bounced back and took their third win, after taking down the UST Golden Sox, 8-4.

Opening the fifth day of the competition on Saturday with a showdown between IPPC and LA Salle. Adamson looks to pick up its third straight win afterwards as it faces UP while closing out the day will be a showdown between Ateneo and NU.