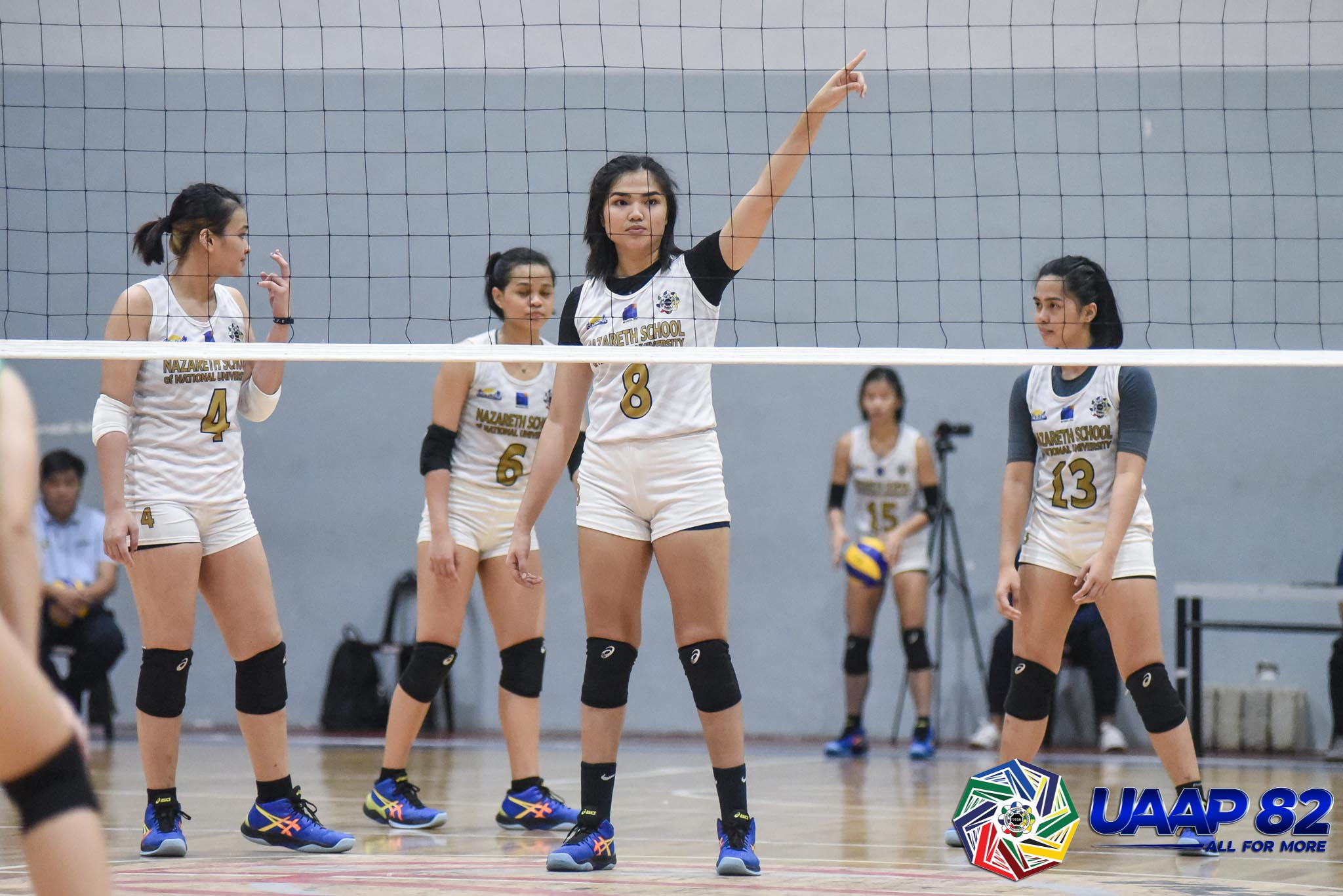 The National University-Nazareth School made quick work of De La Salle-Zobel, 25-15, 25-19, 25-10, in a rematch of last year’s Finals to sweep first round of the UAAP Season 82 Girls’ Volleyball Tournament at the Paco Arena, Wednesday.

“It gives everybody confidence with the first round sweep, and I am very happy because it is very hard to do that in a season,” said NU coach Regine Diego, whose team rose to 6-0.

With NU threatening to run away in the second frame, 22-13, La Salle-Zobel inched closer with a 6-1 run to trim the deficit to four, 23-19. Back-to-back kills by Evangeline Alinsug and Solomon then ended their comeback attempt, 25-19.

Alinsug added 12 points, all from spikes, while Sheena Toring and Erin Pangilinan combined for 14 points.

The Lady Bullpups opened the floodgates right from the get-go, unloading a 14-4 bomb to take the first period in convincing fashion, 25-15.

“Siyempre, we can’t be contented with what we’re playing right now,” Diego said on what they still need to work on despite the first round sweep. “I want them to play better, I want them to exert more effort. Marami pang kailangang ayusin with the system, may mga time na down pa rin laro nila.”

Angel Canino missed her fourth straight game due to a slight MCL tear.

This game was supposed to take place last Sunday,, but was postponed due to power failure inside the Blue Eagle Gym.