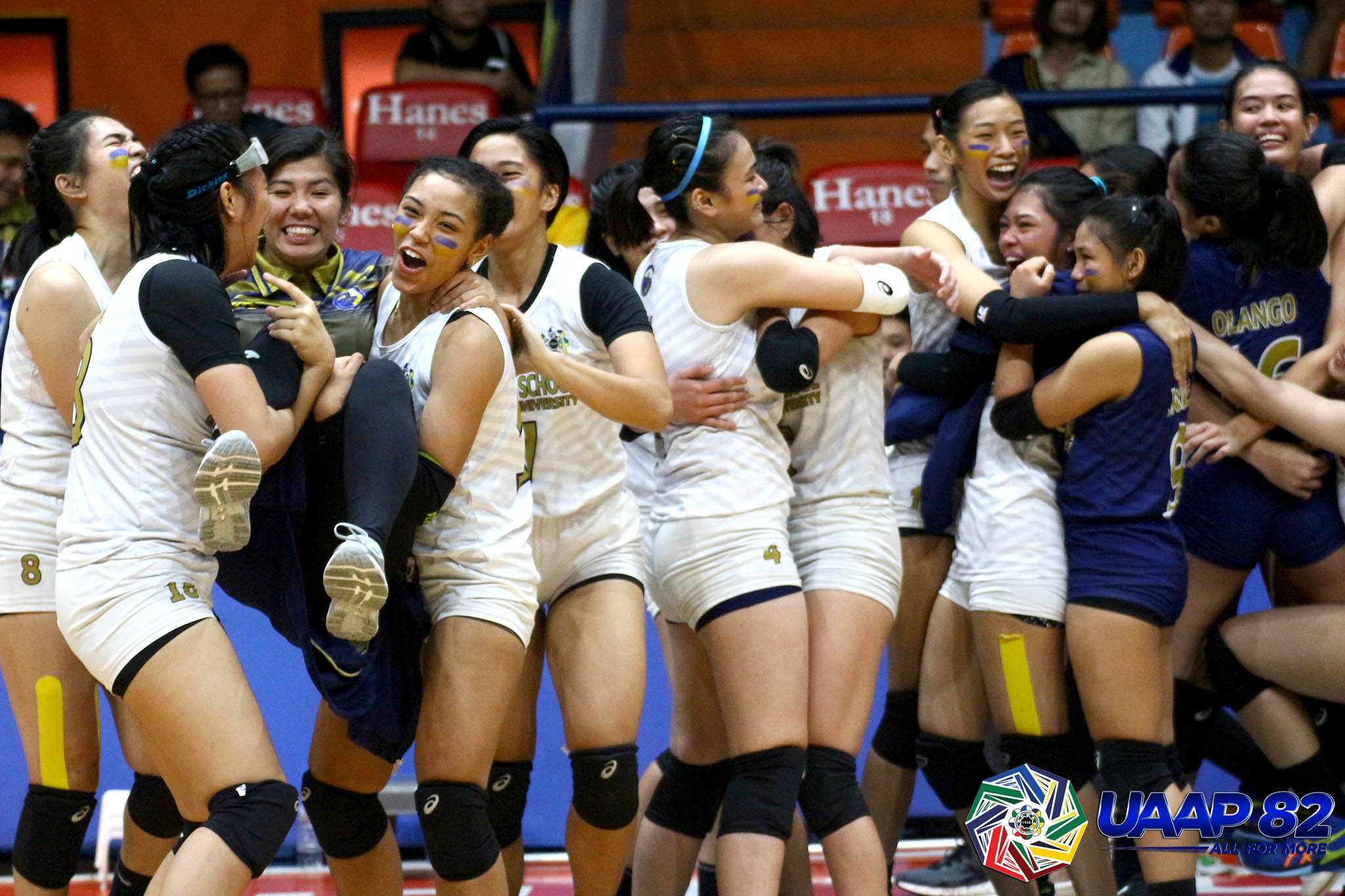 Last year, National University-Nazareth School’s bid for five-peat was denied by De La Salle-Zobel. This time around, the Lady Bullpups made sure no one could stop them.

This is the Lady Bullpups’ fifth crown in six years.

“The girls did well, ginusto nila ito. This championship is all them. They played with energy, passion and everything they’ve got,” said NU coach Regine Diego.

Up by just a single point in the third set, 9-8, NU unleashed a 16-7 finishing kick, capped by Alinsug’s off-the-block kill for the championship.

The Lady Bullpups closed the first frame on a 13-2 blast, highlighted by five service aces from Best Setter Camilla Lamina to take the upper hand.

NU did not allow a single Baby Lady Falcon to score in double figures. 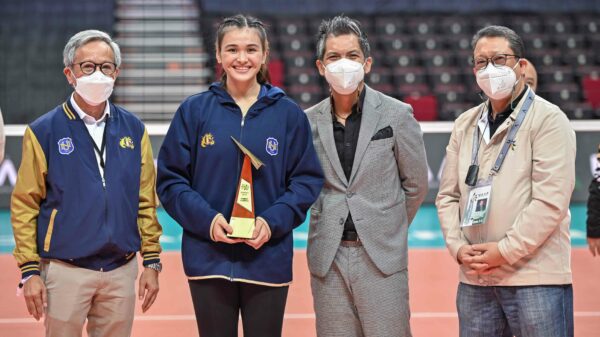