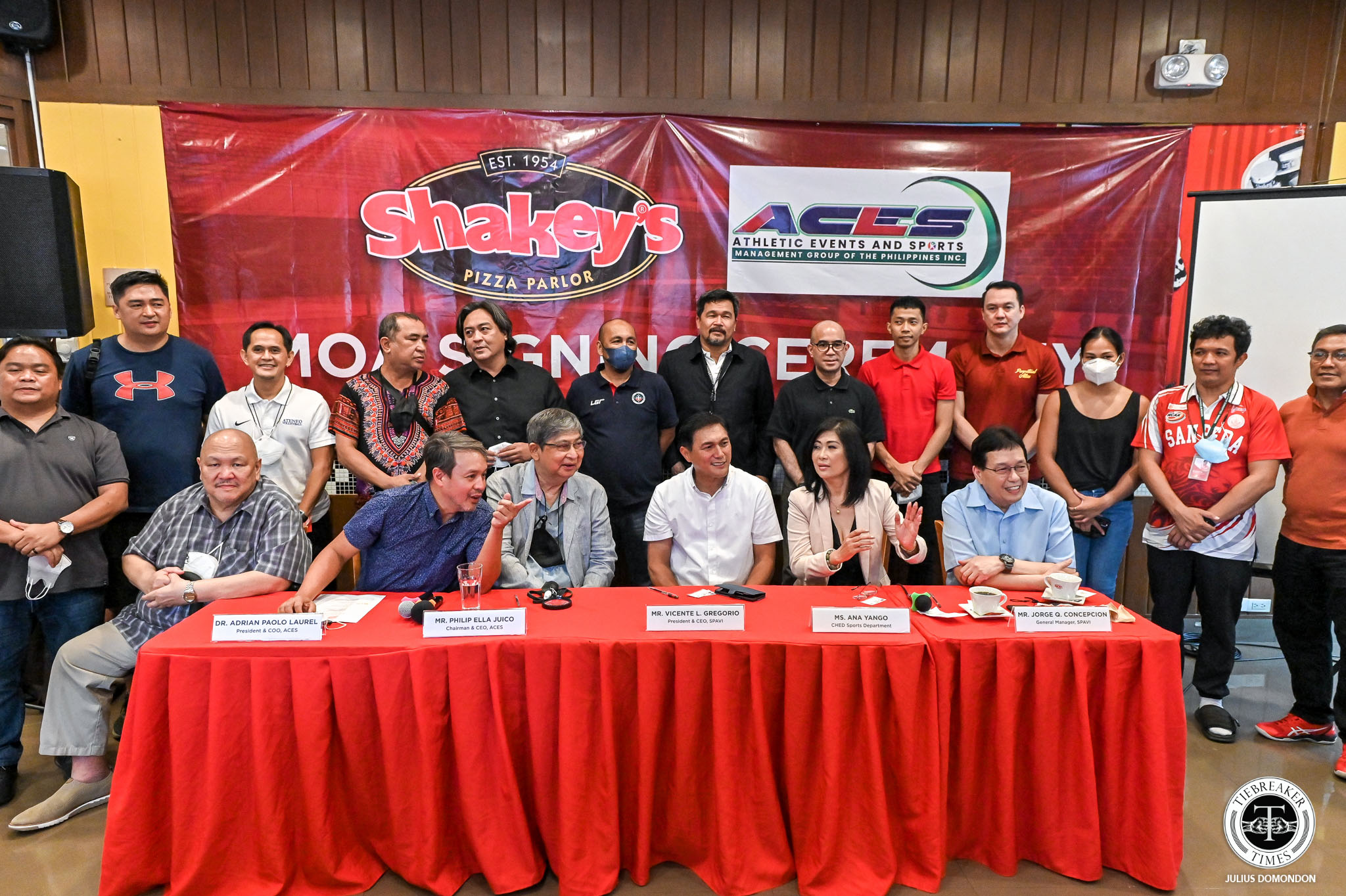 Newly-formed amateur women’s volleyball league in the country — the Shakey’s Super League was formally launched at the pizza parlor’s ASEANA branch, Tuesday afternoon.
Representatives of Shakey’s Pizza Asia Ventures (SPAVI) and Athletic Events and Sports Management Group of the Philippines, Inc. (ACES Philippines) signed the Memorandum of Agreement for the partnership, signifying the return of SPAVI to supporting grassroots volleyball.
“We are happy to be here and we are happy that Shakey’s has come forward to support volleyball. All it took was a call from our president, Mr. Ian Laurel, to find out if Shakey’s was open to the possibility of getting involved in volleyball. After all, Shakey’s for 13 seasons was synonymous with volleyball, and volleyball was synonymous with Shakey’s. We believe it was time to revive that relationship after the pandemic,” ACES CEO Philip Ella Juico shared on how the league came into fruition.
The Shakey’s SuperLeague aims to promote the development of amateur volleyball from the grassroots as an essential step in improving competitiveness and thus consists of two conferences beginning with the UAAP/NCAA Collegiate Pre-season Tournament and will culminate at the end of the year with a National Invitational Tournament.
The Collegiate Pre-season Tournament is scheduled to start on September 22 and will run up to November 28.
After six years, SPAVI returns to the volleyball scene and back to promoting collegiate and amateur volleyball, something the company takes pride in continuing.
SPAVI president Vic Gregorio said, “This is to formally announce the return of the brand Shakey’s into the volleyball scene. If you recall the brand has been supporting volleyball since 2004 and the last time we were involved was in 2016. So it has been 13 seasons in collegiate and amateur volleyball. Since 2016, we finally got a call.”
“We are very serious in continuing the commitment that we have started in providing opportunities for volleyball teams and players and help volleyball, women’s volleyball, in particular, to be even more popular than what it is now. And it is also a perfect opportunity for the brand to give back.”
All the 10 schools from the NCAA will join in the inaugural Collegiate Pre-season tournament led by the Season 97 champion College of Saint Benilde and former three-time champion Arellano University. They will be joined by San Beda University, University of Perpetual Help System DALTA, Emilio Aguinaldo College, Colegio de San Juan de Letran, Mapua University, Jose Rizal University, Lyceum of the Philippines University, and San Sebastian College-Recoletos.
Six of the eight members of the UAAP with the Season 84 winner National University, along with De La Salle University, Ateneo de Manila University, Far Eastern University, University of the East, and University of Santo Tomas have decided to participate. Adamson University and University of the Philippines are yet to finalize their decision.
The National Invitational Tournament follows afterward taking into account all grassroots-based teams from the 81 provinces, 140 highly urbanized cities, and 1,400 municipalities. 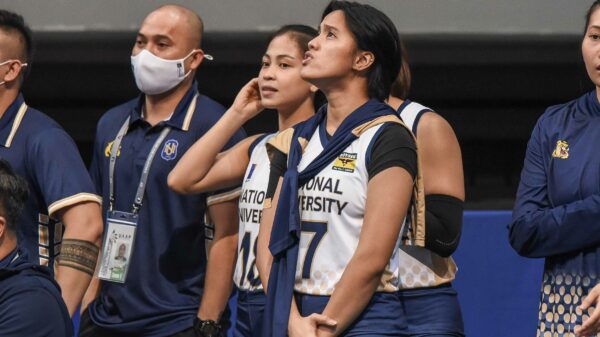 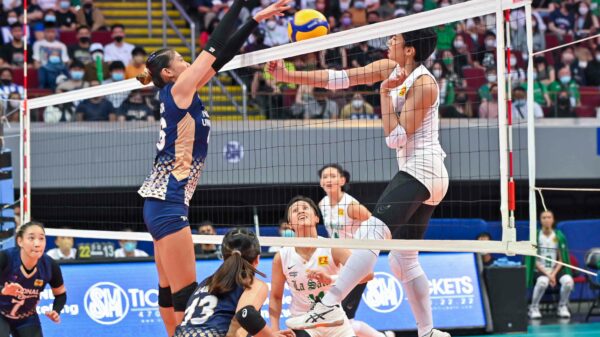 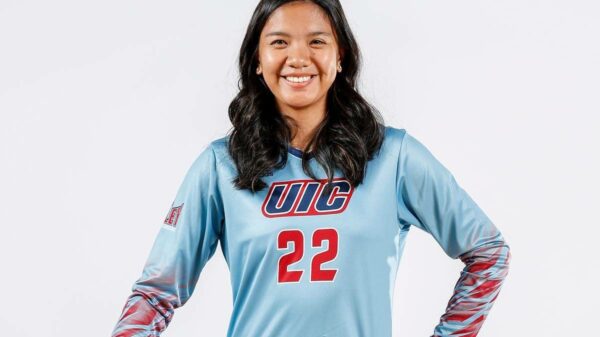 It looks like Eya Laure will be coming back home to España for her final year. On Sunday, the University of Sto. Tomas star...