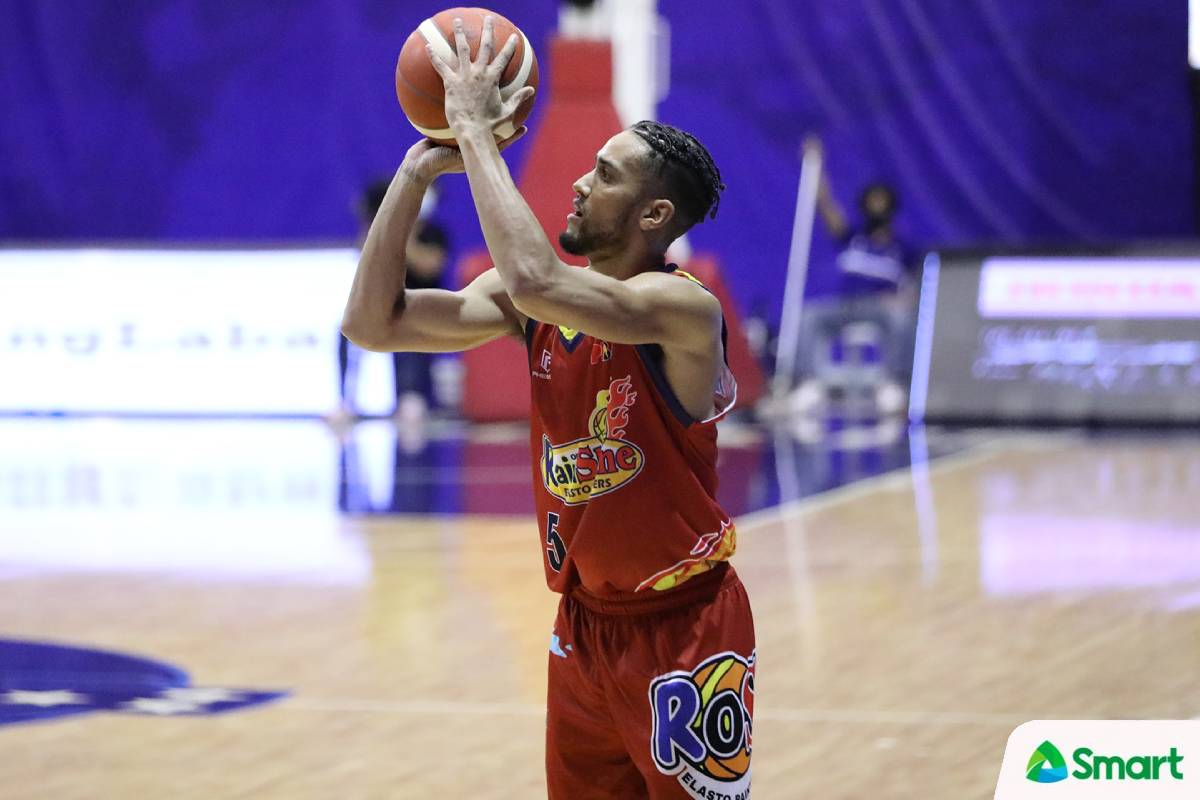 Rain or Shine’s primary issue in its back-to-back losses following a 3-0 start into the Honda PBA Philippine Cup 2021 isn’t that complicated.

So horrendous was the Elasto Painters’ shooting that they rewrote the league’s history books during their 48-74 loss to Alaska last Wednesday.

There, they shot just 20.9-percent from the field (18-of-86) — the lowest FG percentage in team history and the new second all-time lowest by any team.

That performance led to the team scoring the second-lowest output in league history, just behind the 47 set by Shell 21 years ago.

Rain or Shine’s woes then continued the next game. They made just 34.6-percent of their shots in a 79-69 defeat to TNT Tropang Giga last Friday.

While Norwood takes pride in the Elasto Painters’ defense, the game, at the end of the day, is still about making buckets.

“Our defense, I think, is at the top of the league,” he said. RoS, prior to losing versus Alaska, was the top defensive team in the conference after limiting its opponents by an average of 72.0 points during their hot start.

“We’ve done that basically two years in a row — we did it in the bubble, and then also at the start of the season. But we just gotta get more consistent with putting the ball in the basket — myself included,” he added.

Norwood himself has also struggled. In their first five games, the 13-year veteran was 0-for-9 from the three-point range.

That, however, changed Sunday versus Terrafirma. The 36-year-old went 3-of-5 from deep, including a pair to power an overwhelming 18-0 run that put Rain or Shine ahead after struggling for the most part of the game.

Norwood finished with 15 points on 4-of-7 field goal shooting. Meanwhile, the Elasto Painters snapped their skid by way of an 83-77 victory.

“Just our energy. I think we picked it up on the defensive end. Terrafirma came out and executed everything they wanted to … so we just have to find a way to get stops,” he offered moments after the match.

“And usually, our defense leads to offense, and that’s exactly what happened in the fourth quarter,” added the revered team captain.

Rain or Shine shot 35-percent from the floor this time, but made 14 of its 38 shots from beyond the arc. It was a clear improvement after shooting just a combined 10-of-64 in their last two defeats.

Now, Norwood hopes to see his team do that consistently.

“I think we’ll be fine from there if we can just consistently do that.”