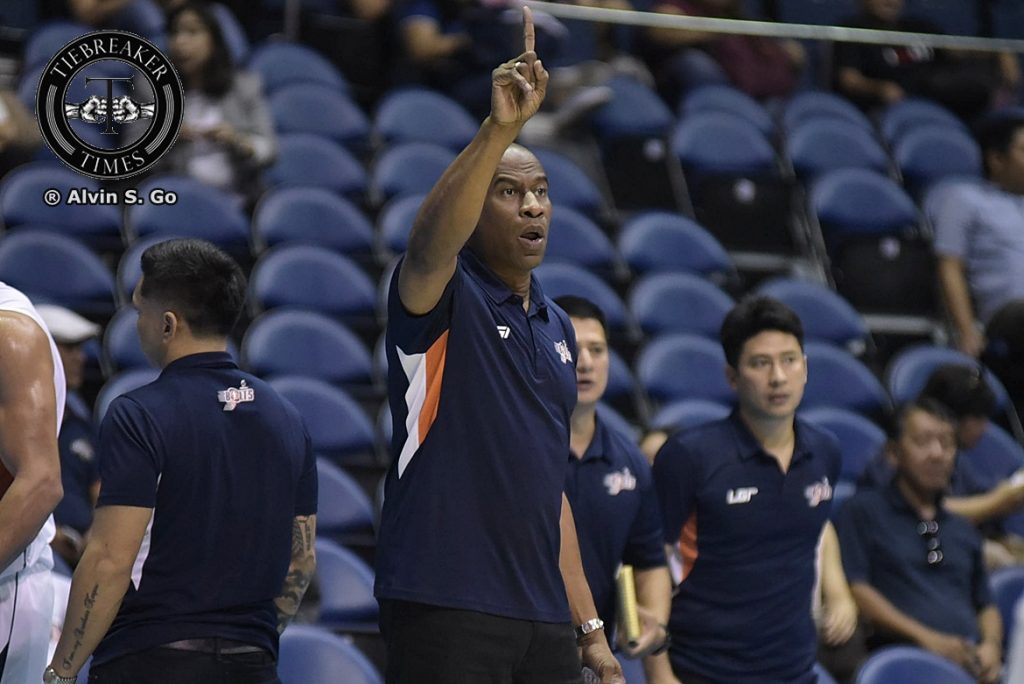 Sunday marked the end of Meralco’s 2019 PBA Governors’ Cup elimination round campaign, but it also marked the bitter end of the Bolts’ fiery five-game winning streak.

The Orangemen have bowed to the playoff-seeking Rain or Shine Elasto Painters, 83-81.

They still had a chance in the end but unfortunately, the breaks of the game didn’t go their way.

Bong Quinto lost the ball to Rey Nambatac with about 30 seconds left to play. Then in the final ticks, both Allen Durham and Raymond Almazan missed their point-blank shots.

This, after owning a nine-point advantage, 69-60, at the beginning of the final quarter.

However, Black isn’t sweating the narrow defeat, saying that it’s all part of basketball.

“Well, basketball is a strange game. We just won five straight games, we lost tonight. In basketball, you don’t always win all your games,” said the multi-decorated bench tactician.

“You have to expect at some point, somebody’s going to come up and knock you off.”

The Bolts are still heading to the quarterfinals, after all, and will be there as the second seed with an 8-3 card. And they will only need one win to make it to the semifinals.

Black also said that bouncing back is the key, so he now looks at his team on how will they do so.

“So your ability to come back and win the next game, and stick together as a team and continue executing is really the key.”