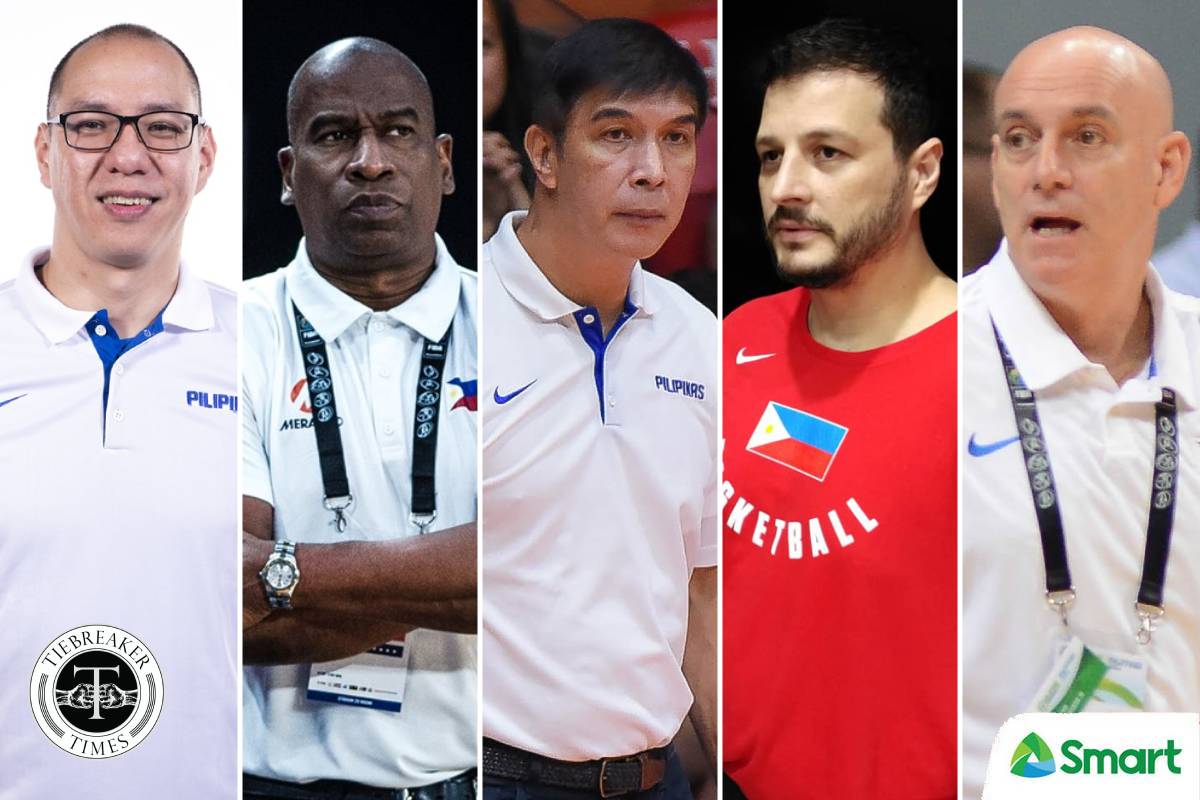 “We are really trying to cast the net wide and bring more coaches to be exposed to the national team environment and gain more international experience. We are two-plus years out from 2023. It’s about bringing a lot of people in as we get closer to 2023,” said Gilas program director Tab Baldwin.

Black makes his return to Gilas after three years.

The 11-time PBA champion coach had been a staple in Chot Reyes’ Gilas teams from 2011 to 2018. Black was also the head coach of Sinag Pilipinas that won gold during the 2011 Southeast Asian Games.

Garcia, on the other hand, was the deputy head coach of Gilas during the Yeng Guiao era — serving the national team from the fourth to the final window of the 2019 FIBA World Cup Qualifiers, the 2018 Asian Games, and the 2019 World Cup itself.

Besides being head coach of the youth team, Arespacochaga has been the deputy of Baldwin in Ateneo. The youthful tactician also served as an assistant coach during the first window of the Asia Cup Qualifiers last February.

During the first window, Alex Compton and Topex Robinson were the assistant coaches of interim head coach Mark Dickel. Then in the second window, Boyet Fernandez joined Uichico and Baldwin in Manama.

The Philippines leads Pool A with a 3-0 record.