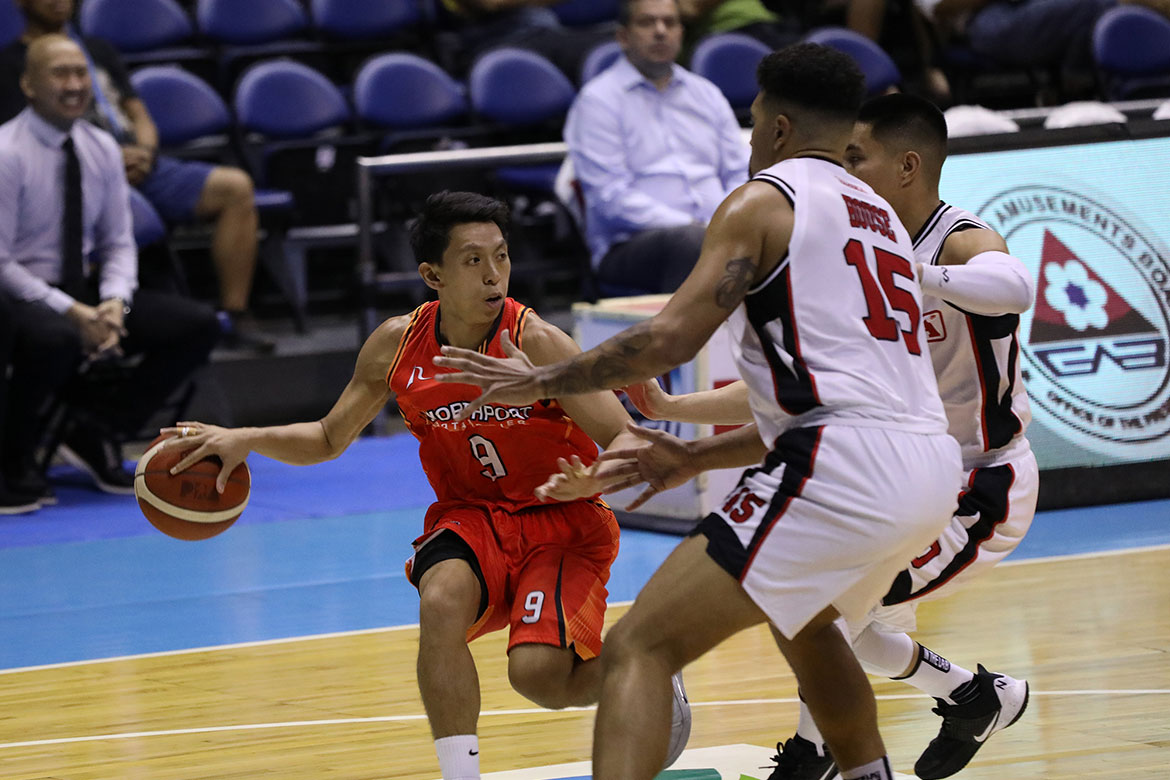 Nico Elorde was hard on himself after NorthPort bowed to the Alaska Aces on Sunday evening, with the Batang Pier suffering their fifth loss in eight games in the 2019 PBA Governors’ Cup.

Elorde lamented that lack of ball movement doomed the Batang Pier in the match. Still, he shoulders the blame for that, saying that he could not do his job as a floor general.

The 5-foot-10 cager was tasked to be NorthPort’s starting point guard versus Alaska. He has taken the spot of Robert Bolick, who is out for six months after suffering a partial ACL tear in his right knee.

“Sa akin ‘yung responsibility na yun,” said Elorde, who had seven assists, three rebounds, and a point in the 99-106 loss.

Elorde admitted that Bolick’s absence is and will be hard for the Batang Pier since the rookie out of San Beda has become their key provider. But for him, they all just have to step up.

NorthPort is still holding on to the eighth spot in the standings with a 3-5 record. Its playoff chances will also increase should it take care of business in the next three games.

It will be a tough stretch, though, as waiting for them are NLEX Road Warriors, Meralco Bolts, and Barangay Ginebra San Miguel. Still, Elorde remains optimistic about their chances.