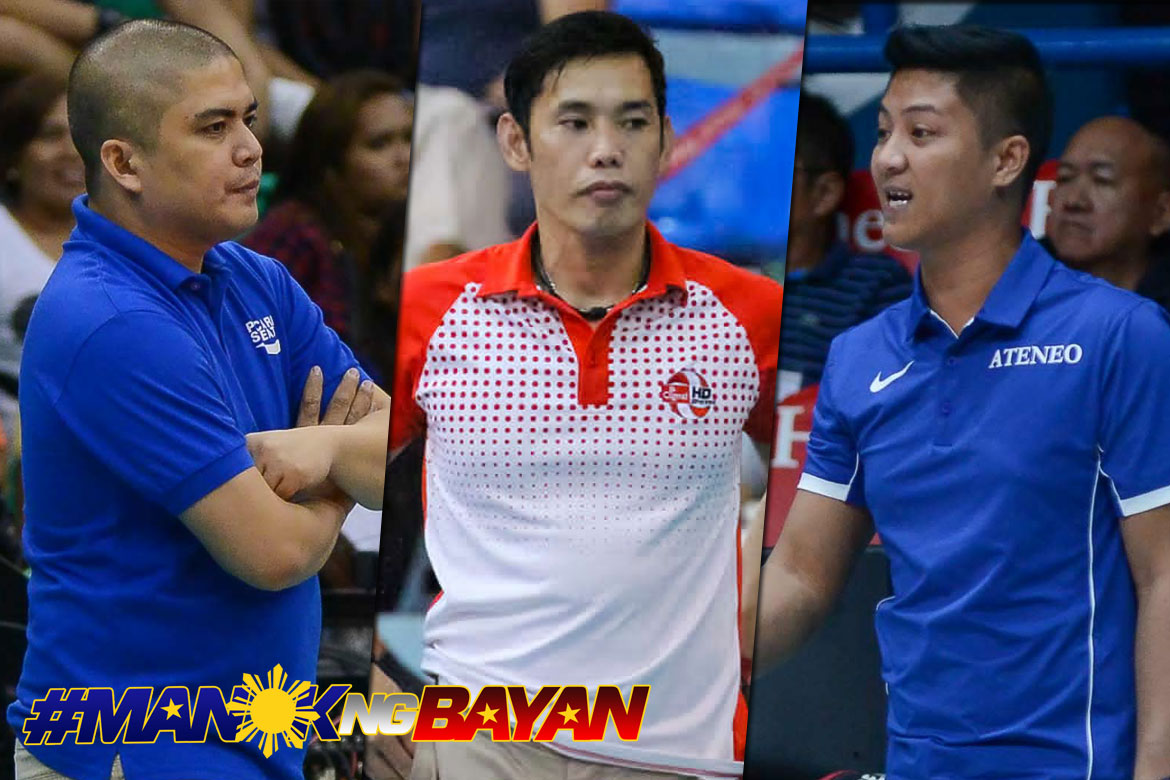 Hopes are high for the Generika-Ayala Lifesavers, the Sta. Lucia Lady Realtors, and the Foton Tornadoes as they parade new mentors in the 2018 Chooks-to-Go/Philippine Superliga Grand Prix starting this Saturday at the Ynares Sports Arena in Pasig City.

After failing to advance to the semifinals last year, the Lifesavers will be marching as dark horses after tapping Sherwin Meneses as their new head coach.

Meneses, the chief tactician of the Arellano Chiefs, will be making his debut after replacing national team mentor Francis Vicente, who opted to focus on coaching the University of the East Lady Warriors in the UAAP.

He will be assisted by former Iriga City mentor Parley Tupas with Katarina Pilepic of Croatia, Kimberly Gutierrez of Mexico, and Darlene Ramdin of Trinidad and Tobago as imports, and Angeli Araneta, Ria Meneses, Fiola Ceballos and Patty Orendain filling the local front.

On the same note, a mentor with rich championship experience will be at the helm for the Lady Realtors.

George Pascua, the architect of Petron’s 13-0 sweep of the All-Filipino Conference in 2015, will handle Sta. Lucia after Jerry Yee decided to join V-League club team Total.

Pascua, who is also the mentor of the Far Eastern University Lady Tamaraws, immediately put on his magic touch as he recruited veterans Michelle Laborte and Rubie de Leon, while retaining MJ Philips, Rebecca Rivera, Pamela Lastimosa, and Jonah Sabete. They will join imports Marisa Field and Kristen Moncks of Canada, and Bohdana Anisova of Ukraine.

“We want to see Micmic (Laborte) and Rubie mentoring our young players,” said Pascua, who is eyeing no less than a semifinals finish in this battle, which will formally kick off with opening ceremonies at the Sta. Rosa City Sports Complex on February 24.

“We have a promising young setter in Rebecca while MJ might see a lot of minutes at the middle with the presence of the imports. So I want to see Rubie and Micmic take these young players under their wings,” the decorated mentor added.

Foton also made some key changes to their bench personnel.

An assistant coach for the Philips Gold Lady Slammers before blossoming into a three-time champion in the V-League with the Pocari Sweat Lady Warriors, Rommel Abella was brought in by the Tornadoes after noted Serbian coach Moro Branislav joined the Cocolife Asset Managers.

Abella will be on top of a squad bolstered by imports Brooke Kanda of United States, Elizabeth Wendel of Canada, and Katarina Vukamanovic of Serbia, with local stars Gen Casugod, Maika Ortiz, Carmina Aganon, and the returning Dindin Manabat in the attack zone.

“I’m both excited and nervous,” said Abella, referring to his first taste of a head coaching role in the PSL.

“I’m excited because this is the first time for me to serve as head coach in the PSL and nervous because there’s a lot of expectations. But I’ll take it one game at a time. Rest assured that we will work hard and give our all every game,” he shared.