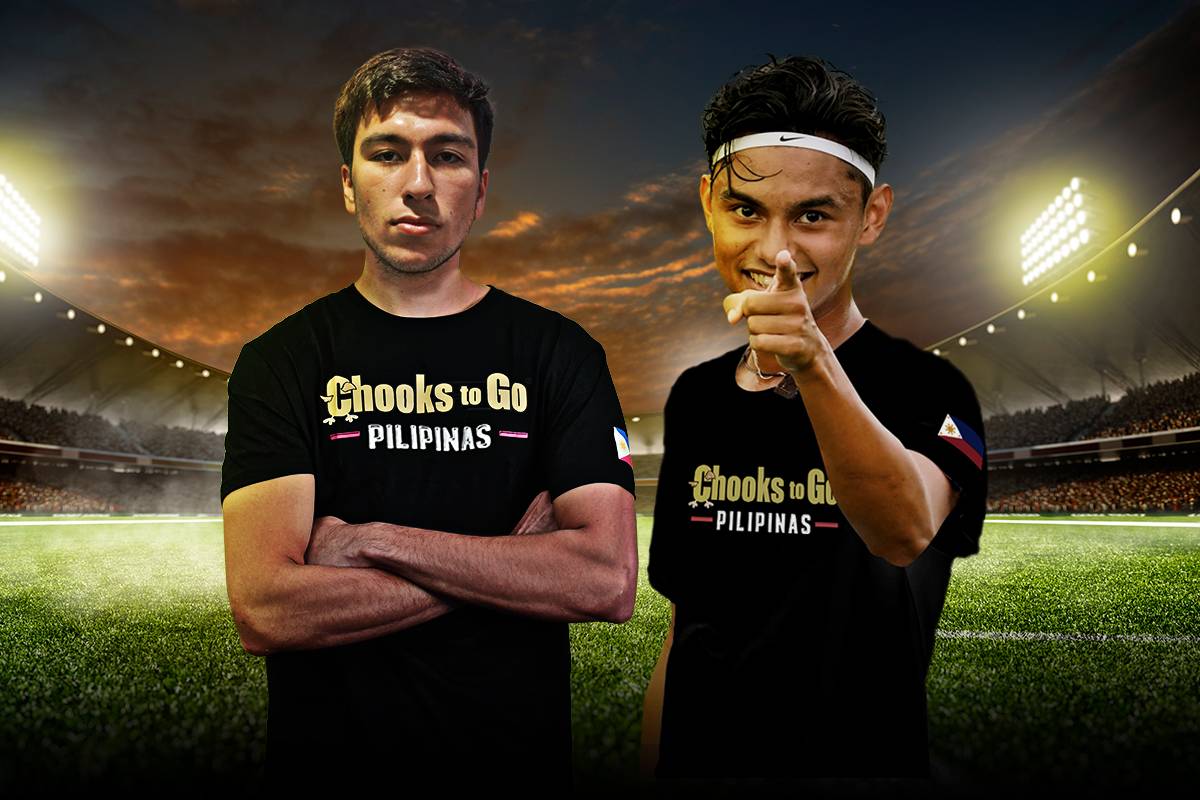 When the Philippine Azkals compete against the likes of China, Guam, and Maldives in the joint 2022 FIFA World Cup and 2023 AFC Asian Cup qualifiers in Sharjah, UAE, coach Scott Cooper can examine whether some of the country’s top young homegrown players can compete at the senior level.

Two of those individuals in question, Jarvey Gayoso and Mark Winhoffer shared how it felt being part of the national team pool at such a crucial time during Chooks-to-Go Crossover: Inside the Azkals Bubble hosted by Cedelf Tupas and Mark Zambrano.

“I’m taking in a lot of pressure to perform because I made it to this stage, and I just wanna do my best to serve the country.

“I’ve been given a taste of it being able to play with the team in the Suzuki Cup last 2018, but it’s a whole different story now because I’m actually part of the lineup,” said the 24-year-old Gayoso.

Just like the former Ateneo ace, Winhoffer grew up in the Philippine youth system.

He learned the basics of football while studying at the prestigious International School Manila. There, he scored 30 goals and provided 46 assists in 46 matches; and was the most valuable player in the Interscholastic Association of Southeast Asian Schools during his junior year.

He then had a successful college stint with Yale University in the United States, and even had a short stint with Global.

“I think we’re all teammates here.

“I bring the mentality of trying to bring everyone together and I’m just here to do my job I know I’m a youngster so I do extra work, trying to make everyone around me better, and hopefully at the end of the day the coaches and the players can see that and hopefully I can get some minutes and start some games over the next coming games or over the next couple of years,” said the 22-year-old Winhoffer.

For Gayoso and Winhoffer, being part of Cooper’s pool is the latest milestone for their national team careers. Gayoso represented the Philippines in the 29th and 30th Southeast Asian Games while Winhoffer played in the 2016 AFF U-19 Youth Championship under coach Dan Padernal.

Representing the country at the highest level is a different animal, though, but training with seniors such as Stephan Schrock and Angel Guirado makes the process more fulfilling.

“I grew up watching a lot of them and thinking of (that) I belong there someday, and I’m pretty cocky myself. I think when I step on the field, I think I should be the best player. But sometimes it doesn’t work that way, but that’s the mentality you gotta have when you step on the field,” Winhoffer admitted.

“Confidence is very key, but yeah… You know Angel (Guirado) has been very very nice to me. He always pushes me to be better, he knows that I can do better. Same with Schrocky, Marky (Hartmann).

“They always push me to be better because they can see talent in the young guys, and they don’t want you to stop and accept that you’re a youngster. They want you to become better, to push them to new limits that they can. So it’s been a very fruitful experience for myself, and I know Jarvey and some other youngsters feel the same way.”

Gayoso also pointed out, “Just to add on to what Mark was saying, we’re definitely the next generation of athletes who are going to represent the country. So they want to leave every single experience that they’ve had, everything that they’ve learned to us, because we’ll eventually in the position of just like Kuya Schrocky or Kuya Angel, who are going to be helping out the new generation of athletes coming to the Azkals.”

The two upstarts have been part of a training camp in Doha, Qatar, that has been beset with attendance issues from the start until the end; and experienced the difficulties of playing international football amidst the COVID-19 pandemic. As an example, the matches originally scheduled in Suzhou, China, were moved to Sharjah, UAE.

“I think we’re very prepared. Our leadership group, the older guys, have stressed the importance of the Azkals and what it means to them. And I think for all the new guys coming in — I think there’s a decent amount of first-timers in the camp… We feel that from them, and as young guys we respect our elders a lot, and they’ve put on the show for us that the Azkals has done them so much great over the past 10, 15, 20 years,” said Winhoffer.

“Now, it’s our duty to help them achieve their goals before they retire, and hopefully bring the country to new territories that we haven’t experienced as a footballing nation.”

Gayoso added, “We’ve talked to each other in the team, and no matter what, we understand that we are representing our families. We are representing the blood that runs through our veins. That will push us towards whatever obstacle we may experience throughout this.