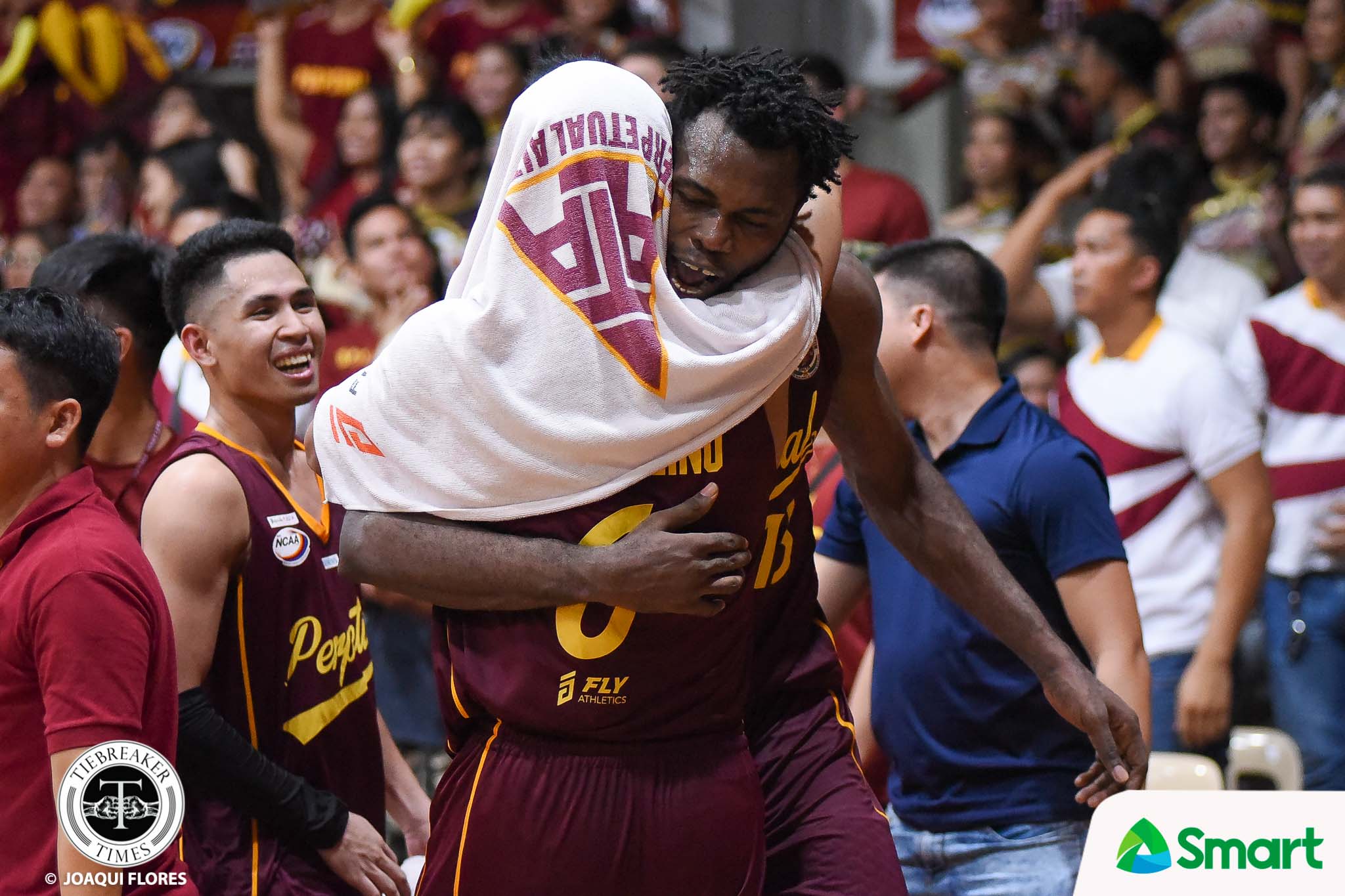 Wanting to protect their home, Prince Eze and the University of Perpetual Help System DALTA Altas stormed back from 21 points down to stun the San Sebastian College-Recoletos Golden Stags, 78-76, Thursday evening at the UPHSD Gym in Las Pinas City.

With the game knotted at 76-all, AJ Coronel remained patient with 3.3 seconds remaining, waiting for the right time to make the lob to Prince Eze with 0.5 ticks to spare. With no timeouts left, time expired for the Golden Stags, as the Perpetual Gym turned into a party scene with the Perpetualites joining the Altas in celebration.

“I would really go to Prince on that last shot,” admitted first-year Altas head coach Frankie Lim. “And you know, it was a tip-in. He made it! Beggars can’t be choosy.”

Eze finished the game with 22 points, 18 rebounds, and six blocks.

Perpetual raised their record to 3-2, while San Sebastian dropped to 3-5.

Behind Allyn Bulanadi’s hot-shooting, the Golden Stags started the game on the right note, leading by as much as 21 points, 39-18, late in the second frame.

“At halftime, I got mad actually. I told them, ‘Guys, it’s not about the Xs and Os, it’s about your desire to win’,” added Lim.

Edgar Charcos – who was limited to just a solitary point in the first half – and Rey Peralta powered Perpetual’s third canto comeback. A Jielo Razon steal that led to a Charcos layup gave Perpetual their first taste of the lead, 62-61, with 7:05 remaining.

The two squads then exchanged baskets and stops. An Eze swat on a Michael Calisaan attempt led to a breakaway layup for Charcos to give the Altas a three-point cushion, 76-73. Arjan dela Cruz though was able to knot things up with a clutch triple with 3.3 ticks left.

This led to the spectacular play designed by Lim.

Bulanadi had 21 points and 12 rebounds for San Sebastian, while Alvin Capobres added 19 markers.

Perpetual will next face the JRU Heavy Bombers on Tuesday, August 14. San Sebastian take on the San Beda Red Lions on Thursday, August 16.