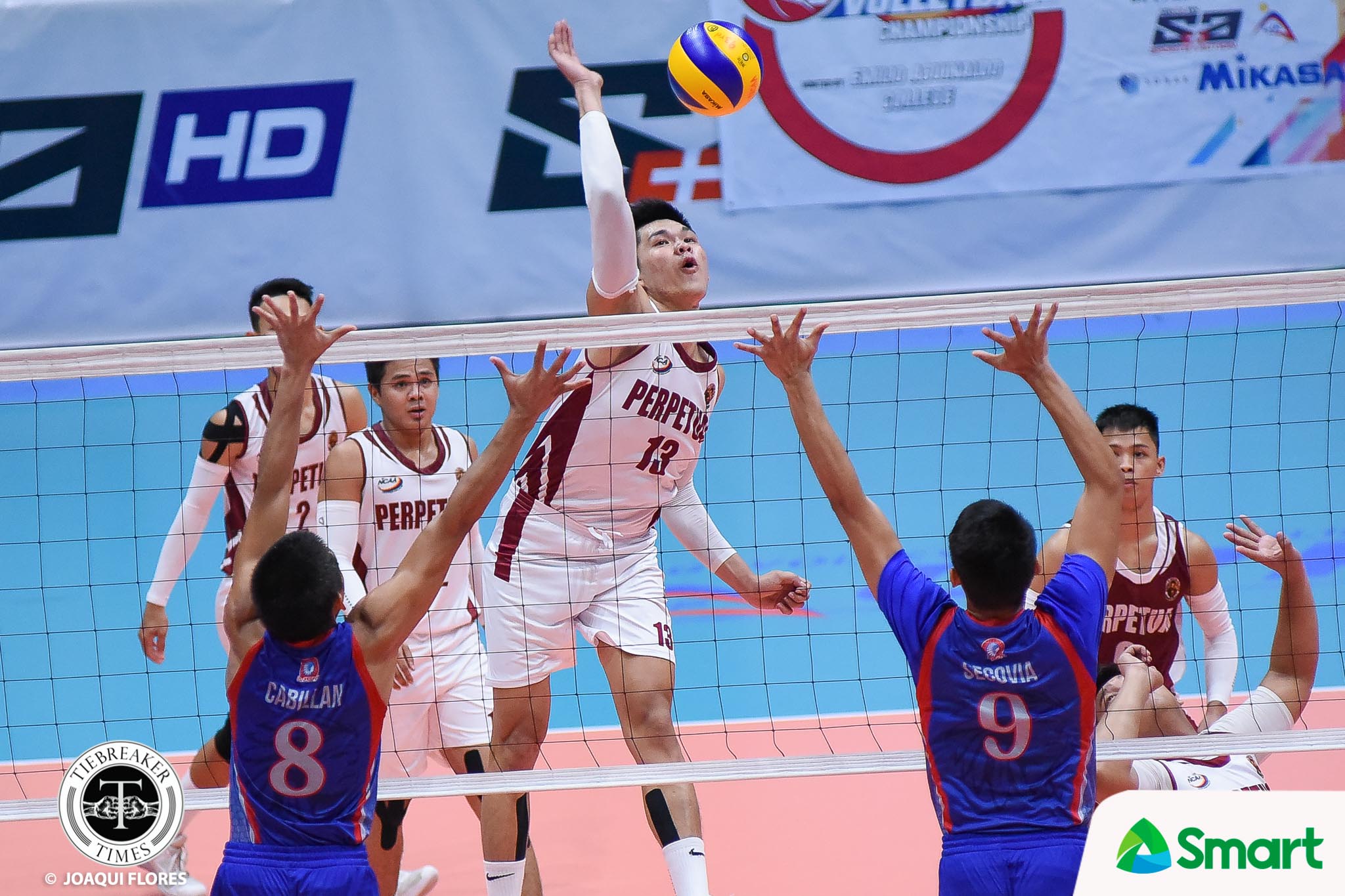 A step closer to the goal

With a dysnasty in sight, reigning NCAA men’s volleyball champions University of Perpetual Help System DALTA Altas took down the Arellano University Chiefs in four sets, 19-25, 25-14, 25-20, 25-17, and stepped into the semifinals, Thursday evening at the FilOil Flying V Centre.

Bucking a slow start, reigning Most Valuable Player Joebert Almodiel and the rest of the Altas were dominant in that second set and composed in the last two to finally fend off the Chiefs. The second-year outside hitter ended with 16 markers including the berth-clinching hit.

In the first game, the Colegio de San Juan de Letran Knights dragged the Mapua University Cardinals to a quadruple tie at 2-6 after a comprehensive three-setter, 25-15, 25-22, 25-20.

Mhel Gabuyo led three spikers in double digits with 14 points, along with Christopher Cistina and Angel Canzana’s 11 markers each, in a game that was won on offense. Both teams were clinical as they ended with just combined 32 errors in a near-hour-long match.

The semis-bound Altas (7-0) will take on the San Sebastian College Recolletos next, on Monday, January 14 at 10 am. Meanwhile, the Chiefs (6-2) will tryo to end their eliminations round on a high note against the San Beda University (2-6) the next day at 2 pm.

The Knights and the Cardinals (both at 2-6) will close their season against the College of Saint Benilde and Lyceum of the Philippines University on Monday, January 14 and Thursday, January 17, respectively.