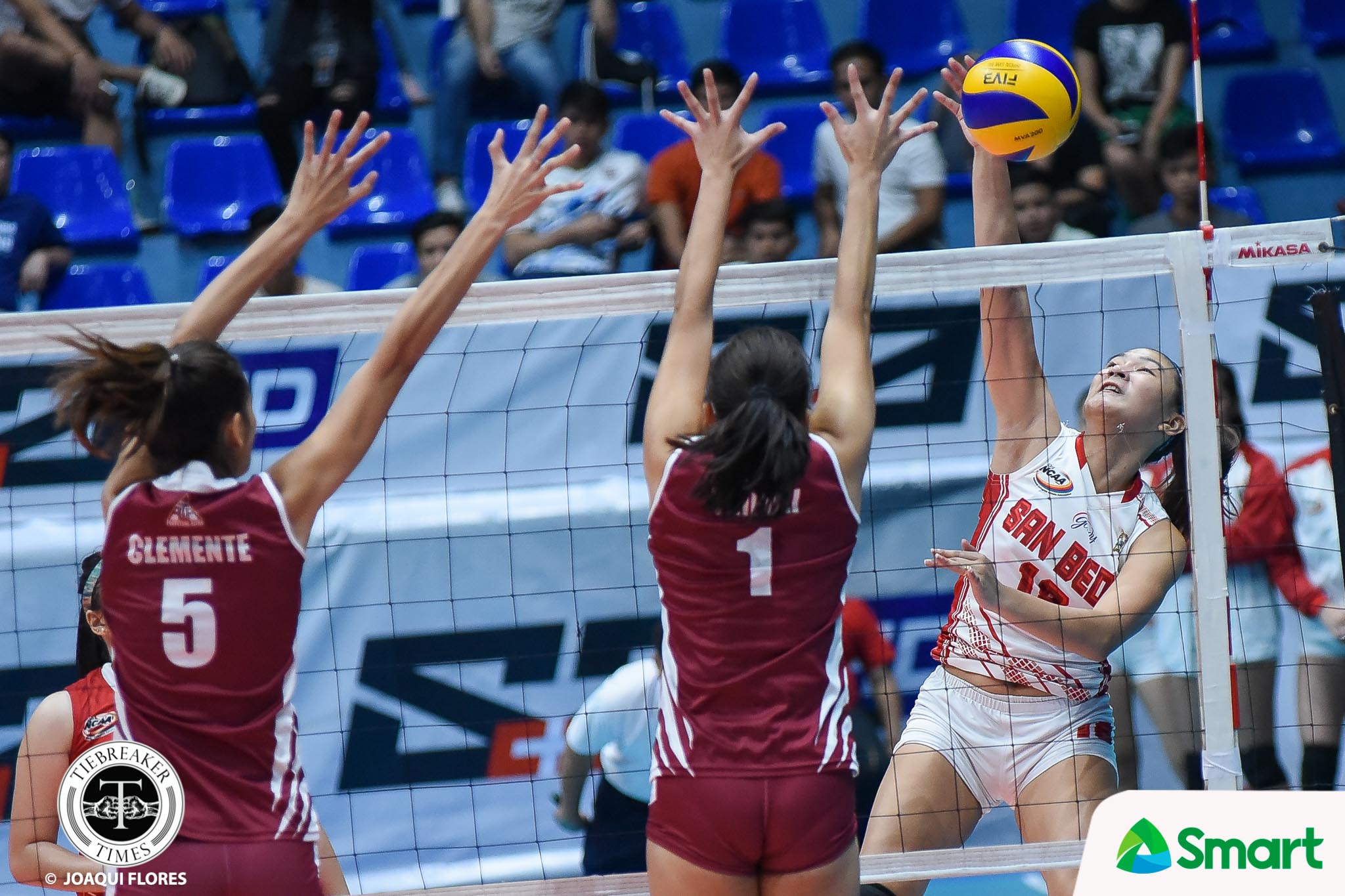 The San Beda University Lady Red Spikers proved their elimination round success was no fluke, slamming the University of Perpetual Help System DALTA Lady Altas, 25-21, 25-15, 25-23, to clinch a seat in the NCAA Season 93 Women’s Volleyball Finals at the FilOil Flying V Centre.

The second-seeded Lady Red Spikers made their first-ever trip to the Final Four count. This was also San Beda’s second straight-sets win of the season over Perpetual Help.

San Beda caught Perpetual off-guard right from the start, taking a 15-9 lead in the first set. A string of errors halted the Lady Red Spikers’ run and allowed the Lady Altas to force a 15-all tie. San Beda then quickly recovered, rattling off a 4-0 run following the technical timeout to establish a 19-15 gap, which held until the end of the set.

Perpetual fumbled errors early in the second set which opened the door for another San Beda blitz. The Lady Red Spikers grabbed a 17-8 lead and never looked back.

The third set saw the Lady Red Spikers conquer their biggest adversity of the match. Perpetual powered in attacks from the middle, spiking a run that gave them a 19-15 advantage. San Beda then pulled through after a timeout, peppering attacks from all angles and tying the match at 21. The Lady Red Spikers then got to 23 first after a Perpetual error, but the Lady Altas quickly scrambled a last gasp 2-0 counter.

Satrianni Espiritu then edged the Lady Red Spikers ahead, 24-23, with a quick kill. As they had performed the entire match, Perpetual gave up an attack error from Jowie Versoza to boost their foes to the Finals.

Third-year winger Nieza Viray topped the Lady Red Spikers with 16 points, while team captain Cesca Racraquin was all over the floor with nine points and 12 excellent receptions out of 22 attempts.

San Beda will face the winner of the Arellano-JRU semis series on February 16 at the FilOil Flying V Centre.