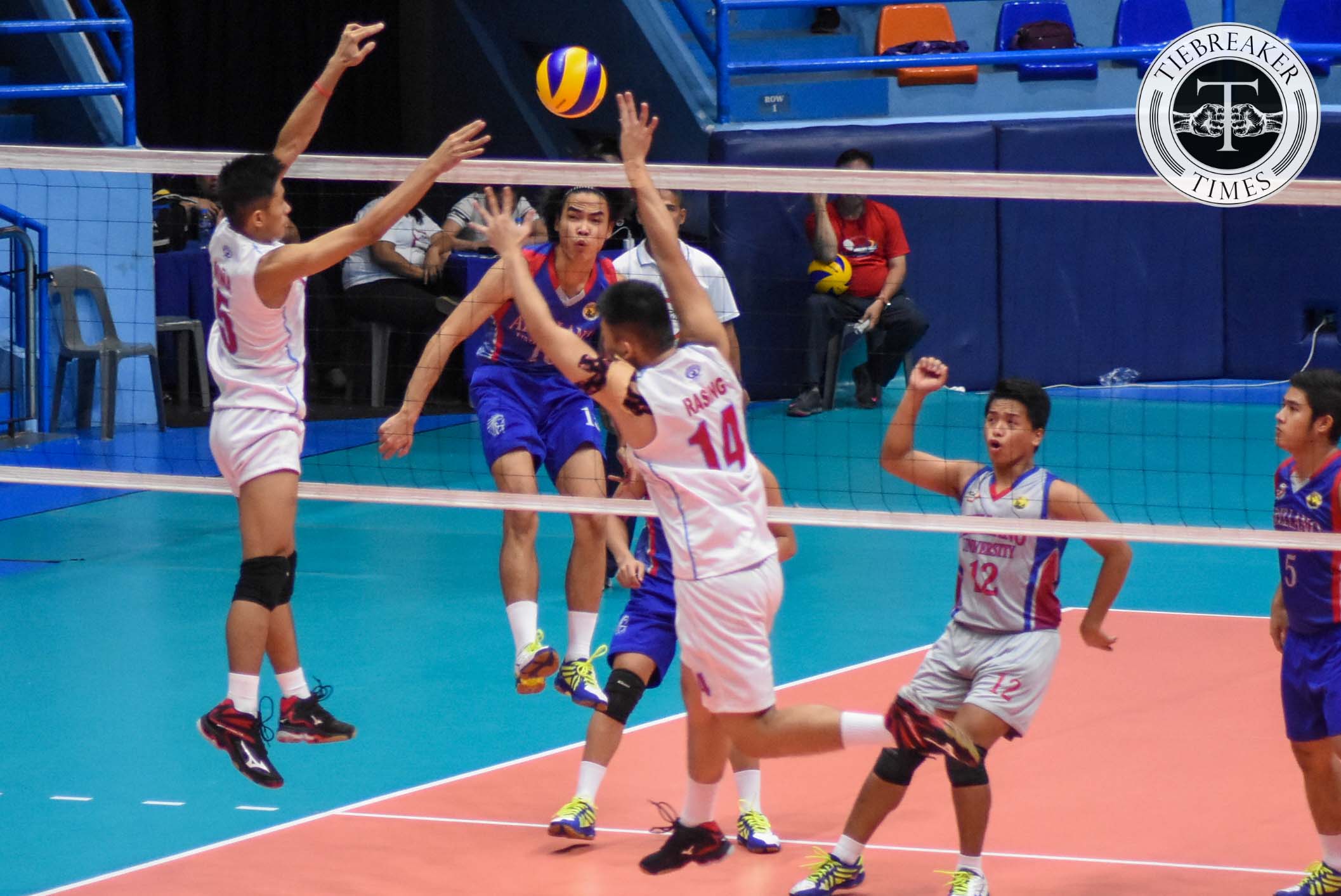 It had to be done the hard way, but still the Arellano University Chiefs did well enough to remain on top.

The Legarda-based side carved out a marathon five-setter to deny the upset-conscious Emilio Aguinaldo College Generals, 22-25, 25-12, 25-14, 27-29,15-10, to remain unbeaten in two matches, Sunday afternoon at the FilOil Flying V Centre.

The Generals started well but would have squandered that opening set if not for the timely hits from skipper Cedrix Rasing and Joshua Mina.

Arellano then went to work in the next two sets, capitalizing on the implosion of the opponents and dominating them with combination attacks and quick plays.

It seemed as though the Chiefs had the match in the bag in the fourth with a 13-8 lead, before the Generals made a game out of it and even gained a 21-20 advantage.

That intense fourth frame saw three yellow cards flashed and even a red card shown, all for taunting. Nonetheless, EAC survived the point penalty and five set points to eventually send the match to a decider.

From there, the experience of the Chiefs prevailed, and another five-point lead at 8-3 was enough as a Generals miscue ended the set and the match. This is something Meneses saw as a positive takeaway.

In the end, it was the huge 18-5 disparity on blocks in favor of the men from Legarda that spelled the biggest difference in the game.

Mina finished with 19 points to pace the Generals.