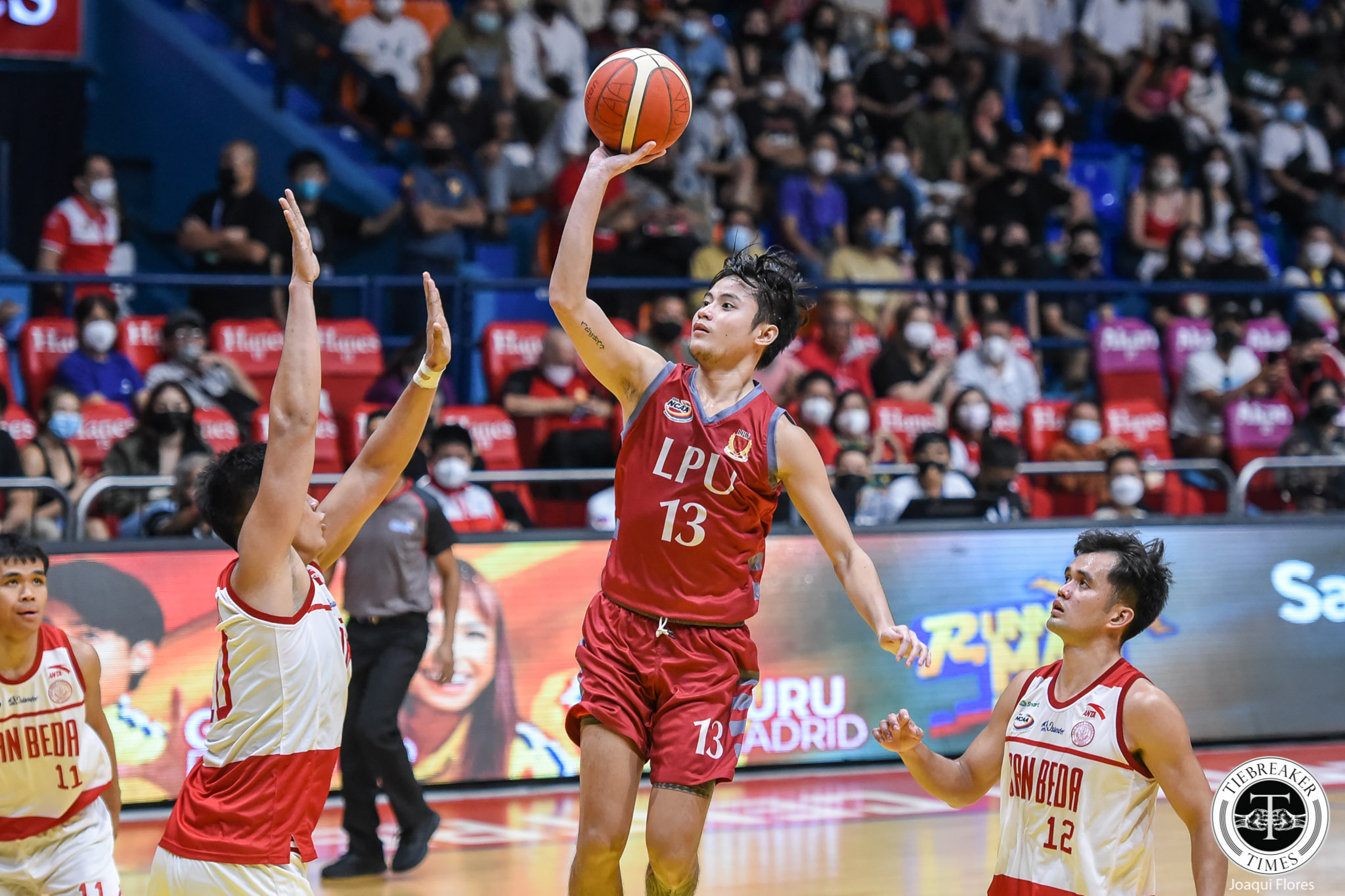 Lyceum of the Philippines University bucked a slow start to stun San Beda University, 89-81, to take its second win in the NCAA Season 98 Seniors Basketball Tournament, Saturday at the FilOil EcoOil Centre in San Juan City.

Down by three in the last four minutes of the ball game, Mclaude Guadana and Patrick Montano nailed a back-to-back three pointer to give the Pirates a three point, 84-81.

Shaun Umali followed it up with a bucket of his own, before Enoch Valdez dropped the slatch hammer for the dagger coming-off a Renzo Navarro assist, 88-81 with 1:13 left.

Lyceum was down by as much as 15 in the opening frame but was able to turn things around in the third canto after a 12-0 run and eventually, getting the slight 66-65 advantage to enter the payoff period.

Shaun Umali had 14 points, three rebounds, and two assists while John Barba went 5-of-5 from the field, scoring 12 points.

Despite only scoring two points, Navarro finished with a game-high seven assists. Meanwhile, back-up point guard Renz Villagas made the most in his NCAA debut, coming alive in the third quarter by scoring all of his eight points during that frame.

The Pirates grabbed their second straight win in three games, while the Red Lions could not make it two in a row, going down to 1-2.

Lyceum will look to extend its win streak to three against Emilio Aguinaldo College (0-3) on Tuesday at 3 PM, while San Beda will try to bounce back at the expense of San Sebastian College-Recoletos on Wednesday at 12 noon.