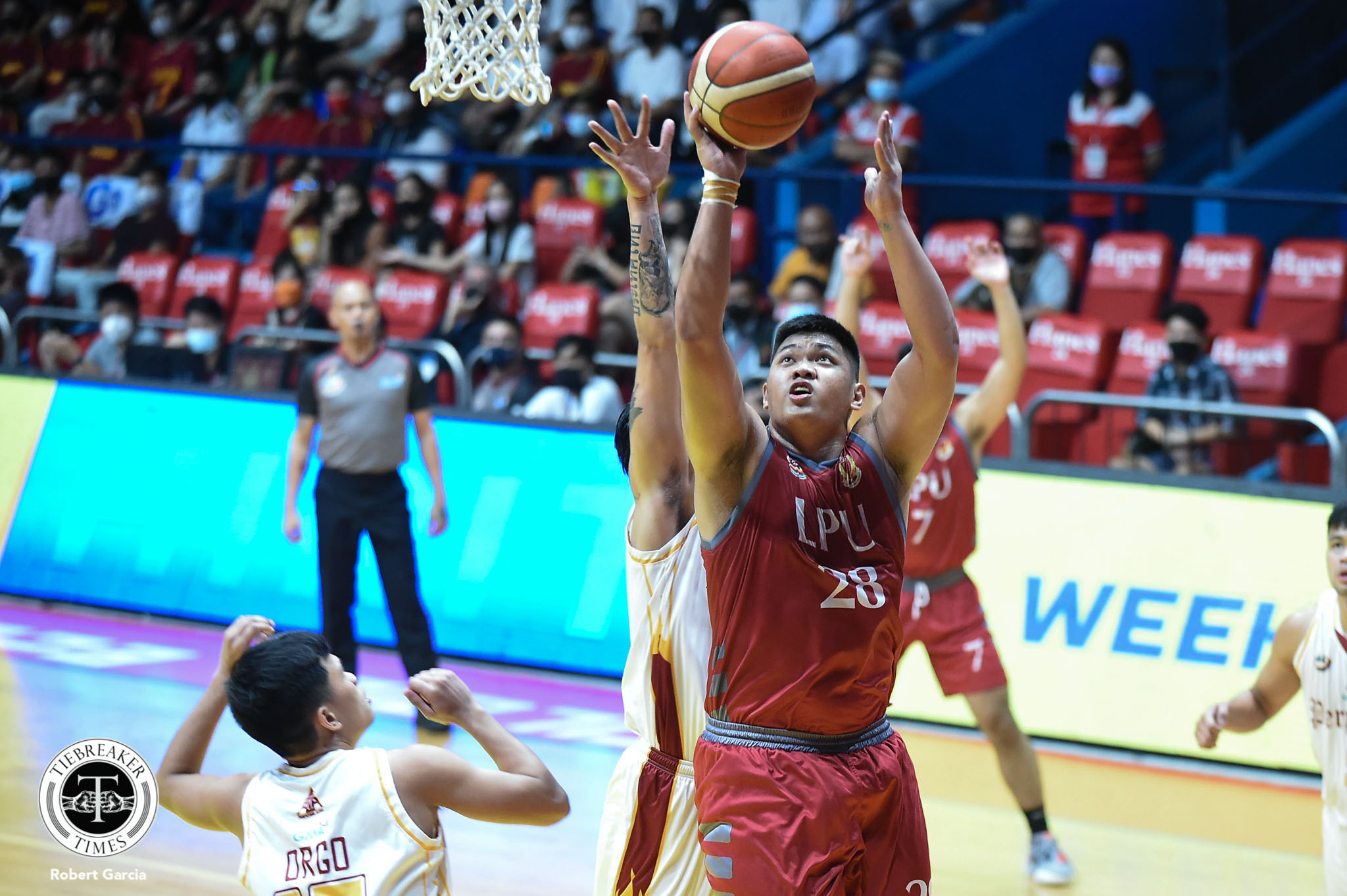 Lyceum of the Philippines University notched its fourth straight win in NCAA Season 98 Seniors Basketball Tournament after a come-from-behind, 82-77, win against University of Perpetual Help System DALTA on Wednesday at the FilOil EcoOil Centre in San Juan City.

Trailing the entire ball game, Shawn Umali gave the Pirates their first taste of the lead, 71-70. Vince Cunanan knocked down a triple followed by an Enoch Valdez basket at the 1:47 mark to push their lead to six, 76-70.

The Altas was able to cut it to two thanks to a Kim Aurin bucket and a Jielo Razon ankle breaker plus that lay-in just right before entering the final minute mark.

Navarro nailed two free throws to ice the game, getting the 80-76 advantage.

The Altas were in the driver seat from the start of the game while also getting its biggest lead in the second quarter, 28-17 after Aurin’s two free throws.

Valdez led Lyceum with 13 points (9 in the fourth) together with three rebounds and two steals while Mclaude Guadana added 12 markers with two boards and an assist.

Both Umali and Cunanan flirted with a double-double with the former having 10 points and eight rebounds, while the latter finished with nine markers and nine boards.

Razon paved the way for Perpetual with a game-high 18 points, 10 rebounds, and four assists, while Aurin added 16 markers and two boards but had seven turnovers.

Meanwhile Cedrick Abis was a monster on the boards with 15 while ending up with 11 points.

The Pirates currently have the longest winning streak in the league (4-1), while the Altas dropped to a 2-3 win-loss record.

Next up for Lyceum is Colegio de San Juan de Letran (3-1) on Sunday at 3 PM, while Perpetual will take on San Sebastian College-Recoletos (2-2) on Saturday, also at 3 PM.