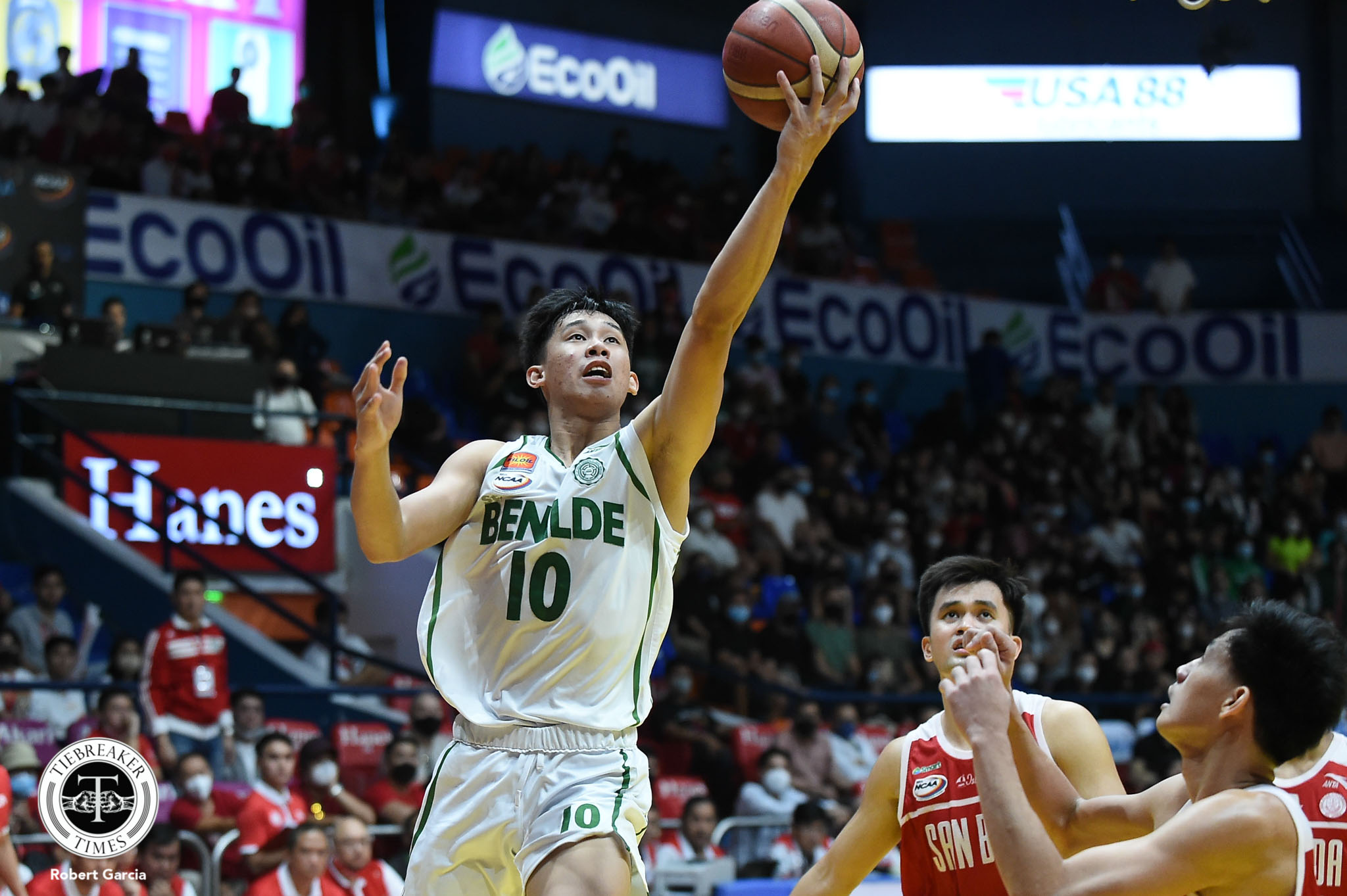 This is the first time the Blazers have finished in the top two in the elimination round since Season 78. They finish the round with a 14-4 record.

Mark Sangco was the main protagonist for the Blazers, tallying a career-high 19 points while also grabbing 12 rebounds.

On the other hand, the Red Lions fell down to the fourth spot with a 12-6 win-loss record.

Leading by three at the start of the fourth quarter, Sangco and Miggy Corteza made baskets to carry the Blazers to a 14-point cushion, 74-60.

From there CSB never looked back. They scored a total of nine points in that quarter courtesy of Migs Oczon, Will Gozum, and Jimboy Pasturan in the last 6 minutes of the game.

The Blazers dominated the field of the second half with 17-of-32 shooting.

“I’m happy and thankful to the lord that we… have at least a twice-to-beat advantage. It’s gonna be big because it doesn’t matter that we beat this team (San Beda) in the elimination — zero-zero all yan sa semis, and iba ‘yung pressure nun,” said Blazers head coach Charles Tiu.

“So I don’t the guys how will respond. But, at least, we worked hard to be in this position, so it’s a good feeling kahit papaano,” he added.

The Red Lions were held by 22 points in the second half with only 8-of-31 shooting from the field and a total of 13 turnovers. Still, San Beda managed to get as close as 7 off a JB Bahio freebie, 73-80, with 1:35 left in the payoff period.

Earlier in the game, the Red Lions exploded in the first half with 51 points. Then they upped their lead by 13 points off a Bahio jumper at the 8:36 mark of the third quarter.

James Kwuketye exited the game due to cramps with 2:15 left in the game.

Two Blazers were able to get a double-double. Gozum posted 15 points, 10 rebounds, an assist, and a steal; meanwhile, Oczon flirted with nine markers, 10 boards, two blocks, and a steal.

Corteza and Pasturan were the other two in double digits for CSB. The former contributed 15 markers, four boards, an assist, and a block, and the latter added 13 points, two rebounds, and six assists.

James Kwuketeye saw himself held down to one point in the second half on a cold 0-for-5 shooting clip. Still, he scored 17 in first half, along with three boards, six assists, and a steal.

Damie Cuntapay added 10 rebounds to go with three points, but fouled out while jockeying for the rebound inside the paint against Corteza at the 4:21 mark of the payoff period.

#ReadMore  PBA: Paul Lee leads Magnolia to 2-0 as Almazan goes down with injury