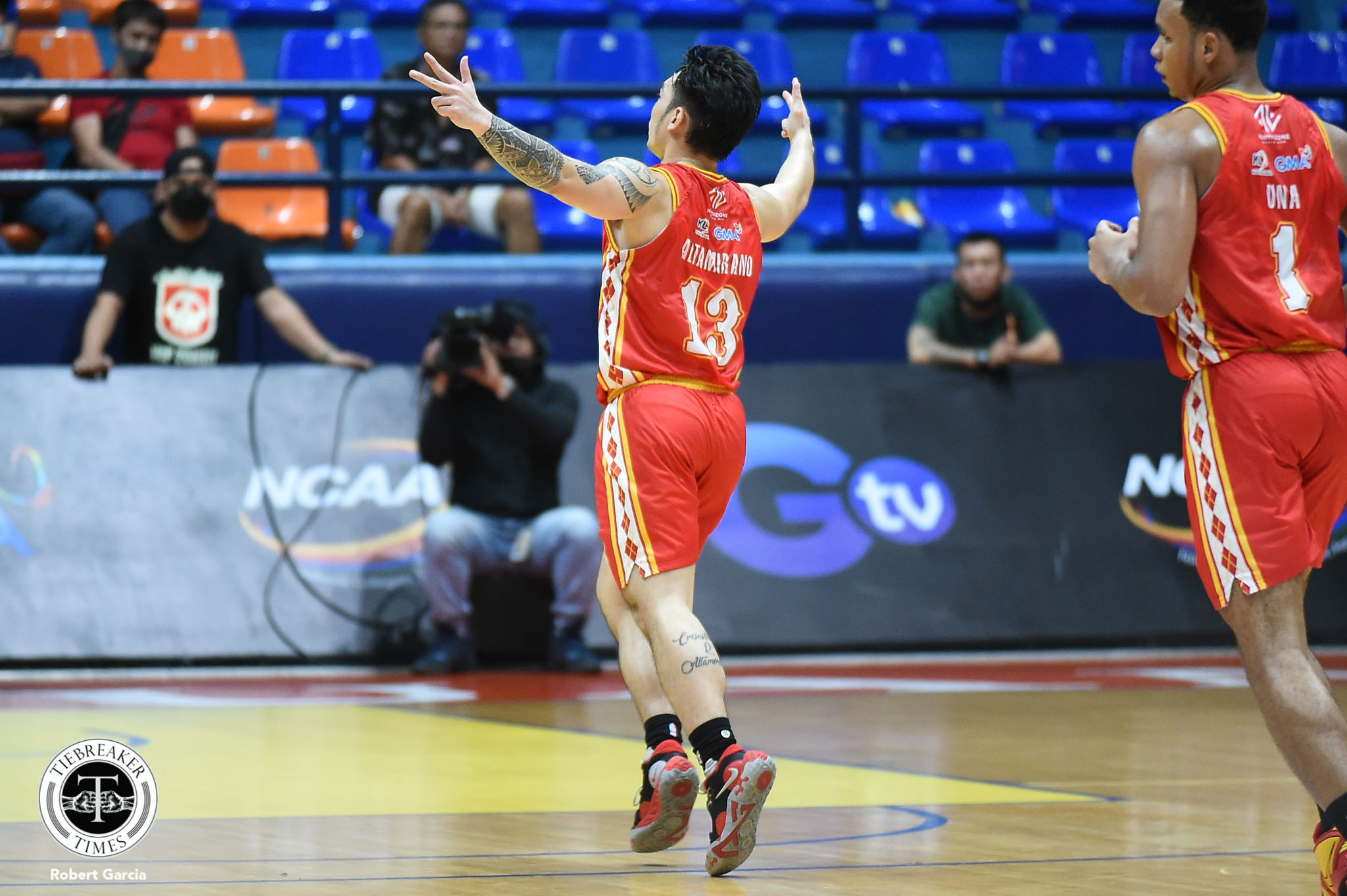 Up by 68-64, with under a minute left in the game, James Una committed a shot clock violation that led to a turnover. Cade Flores then converted a basket to cut the deficit to two, 66-68, with 24.2 seconds left in the contest.

However, that was the nearest the Chiefs could get.

Ken Villapando drove a layup with 15.8-ticks left to get the 70-66 advantage. After that, Ichie Altamirano elbowed Neil Tolentino with 4.5 left in the game, giving themselves penalty shots.

Raymart Escobido split his freebies to get the 71-66 lead, but Tolentino shot neither of his.

“And, hopefully, this will be a start para dun sa second round kasi sinasabi na, we are in the bottom right now. More or less hindi maganda, hindi maka-abot sa half, so I think malaking booster para sa team,” he added

At the end of the third quarter, Flores tackled Desoyo, then kicked him as both players sparked a near scuffle. Before starting the fourth quarter, Chiefs head coach Cholo Martin had an outburst, frustrated by the taunt of Golden Stags assistant coach Melo Banua.

Villapando led San Sebastian with 15 points on a 71.4-percent shooting, along with seven rebounds, two assists, two steals, and a block. Desoyo and Altamirano both got 12 points apiece, with the former adding five assists and a steal, while the latter contributed four assists, a rebound, and a steal.

Rommel Calahat topped the boards with 10 to go with two points.

Shane Menina did not suit up for the game due to back pain.

On the other hand, Travis Mantua starred for Arellano with 15 points with 5-of-11 attempts from the field, to go with two rebounds and two steals. Meanwhile, Axel Doromal scored 13 markers, two boards, and three assists.

The Golden Stags hiked their record to 5-6 with back-to-back wins. Conversely, the Chiefs dropped to their second loss at 5-8.
Both games will return on Sunday, with San Sebastian facing San Beda University at 12:00 NN. On the other hand, Arellano will take on Jose Rizal University later that day.