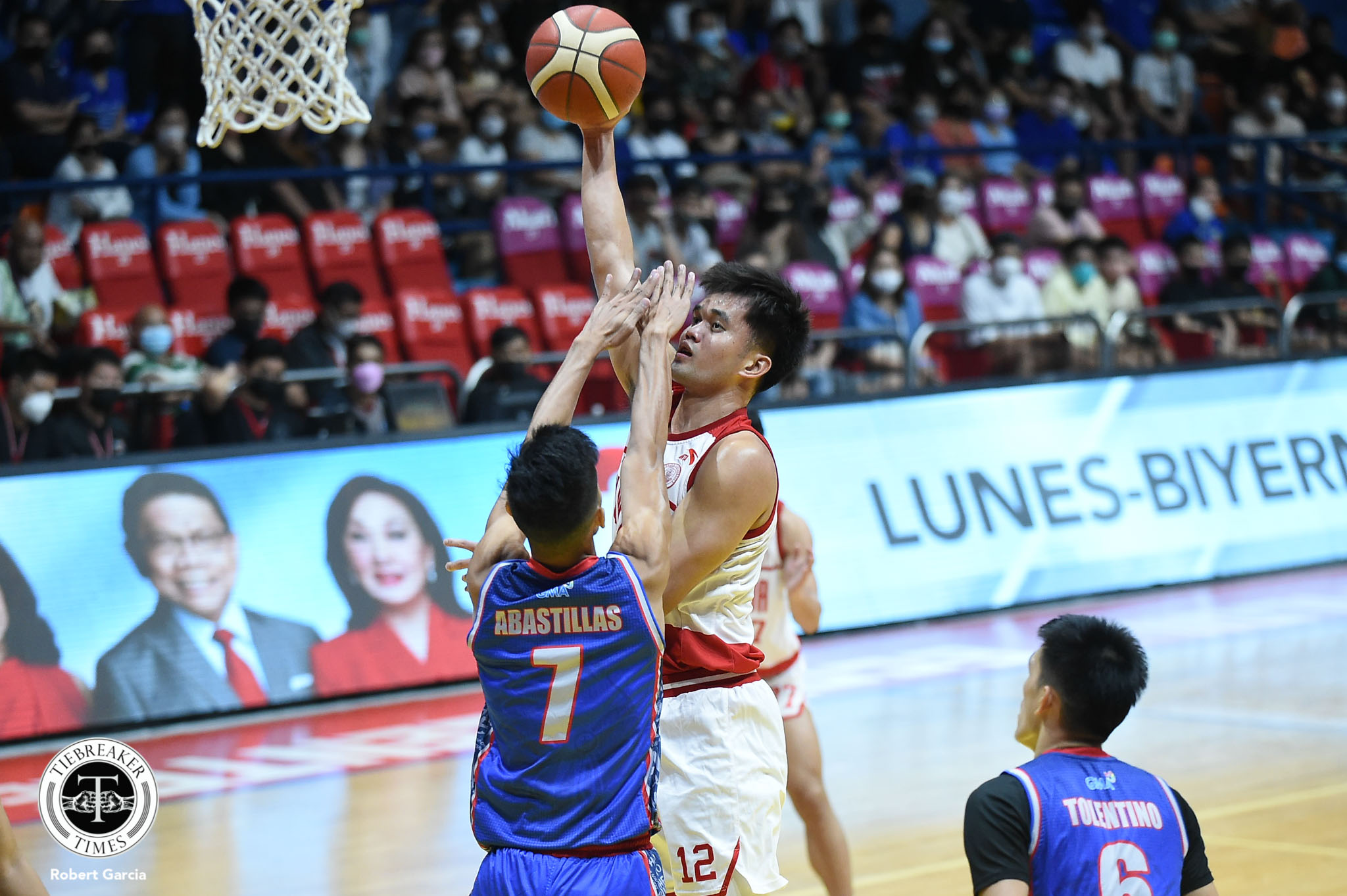 The Red Lions dominated all game long that ballooned by as much as 51, after a Jacob Cortez bucket, 84-33, to end the third period.

At that point, it was already too much for the Chiefs to handle, dropping a 35-point defeat.

“Humbling loss for us. Good win for us.”

Right from the gates, the Red Lions were firing as they ended the opening canto with already a 20-point advantage.

The Red Lions also got the NCAA record for this season as the highest scoring total in a half with 55 which was previously held by JRU with 52 against Emilio Aguinaldo College.

Five guys from San Beda finished with double figures led by JB Bahio and James Kwekuteye both with 13 points. The former shot 6-of-7 from the field with eight rebounds and three assists with a plus-32 rating while only playing under 16-minutes. The latter, meanwhile, also had eight boards, two dimes, and two steals on 75-percent shooting from the field.

Joining them in the scoring barrage was Tony Ynot with 11. Jacob Cortez and Justine Sanchez also had 10 apiece.

For the Chiefs, Darrel Menina ended up with 10 markers, four rebounds, and three assists but finished with a minus-39 rating.

Next up for San Beda is College of St. Benilde (6-1) on Sunday, 3 PM. Arellano, on the other hand, will try to forget this one as they are set to face Lyceum of the Philippines University (5-1) for its last game in round 1 on Tuesday, also at 3 PM.