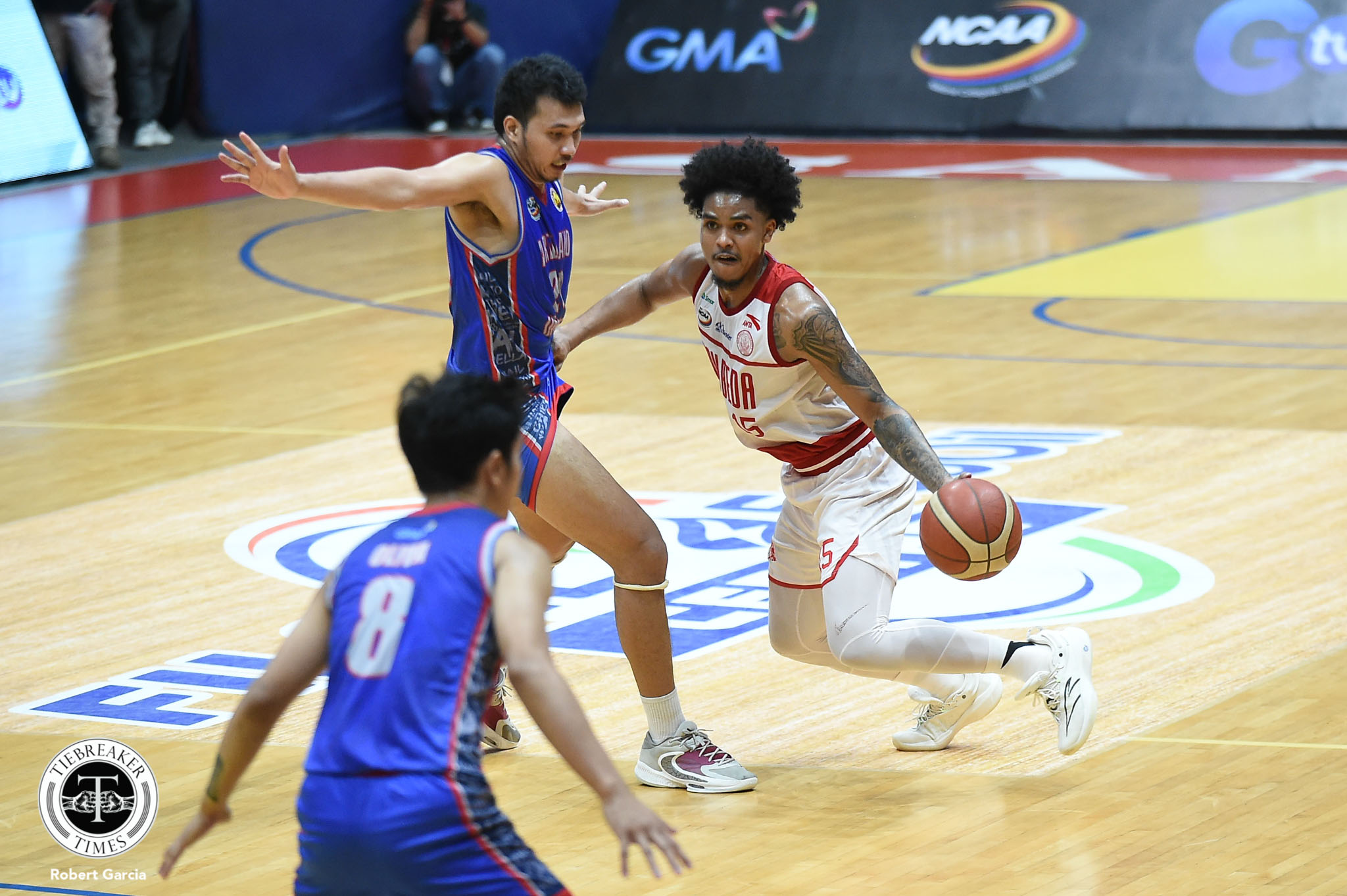 San Beda University turned things around in the second half, dominating the undermanned Arellano University, 76-63, on Wednesday in the NCAA Season 98 Seniors Basketball Tournament at the FilOil EcoOil Centre in San Juan City.

After a close contest in the first half, the Red Lions suddenly woke up in the second half scoring 29 points compared to the Chiefs’ 14 to get the 63-45 advantage capped by a Joshua Tagala mid-range jumper to end the quarter.

“We’ll take the win, of course, especially now every win is rather important coming na lahat naghahanap ng panalo. But, I still wanna get more from the guys eh diba? It’s just I think that we played through Arellano’s pace kanina. And it’s my big challenge to them ‘yung just mentally be the agressor. But, again, I’ll take this win anytime,” said San Beda head coach Yuri Escueta.

It was a neck-and-neck affair in the first two-quarters of the game with no team giving an inch. The Red Lions, however, were able to secure a three point, 34-31 advantage to close the first half.

James Kwekuteye paved the way for Sam Beda, scoring 16 points on 6-for-12 shooting from the field, four rebounds, and an assist. JB Bahio had a double-double of 10 markers and 14 boards with three dimes.

Cade Flores and Joshua Abastillias both did not suit up on this one due to minor injuries during practice. Meanwhile, Shane Menina was only limited to 36-seconds in this game.

The Red Lions improved to 8-4 to remain at the three-spot in the standings while the Chiefs dropped to 5-7, tied with the Altas at sixth.

Both teams will be back on Sunday. San Beda will be facing San Sebastian College-Recoletos at 12:00 NN. On the other hand, Arellano will look to bounce back against Jose Rizal University at 3:00 PM.