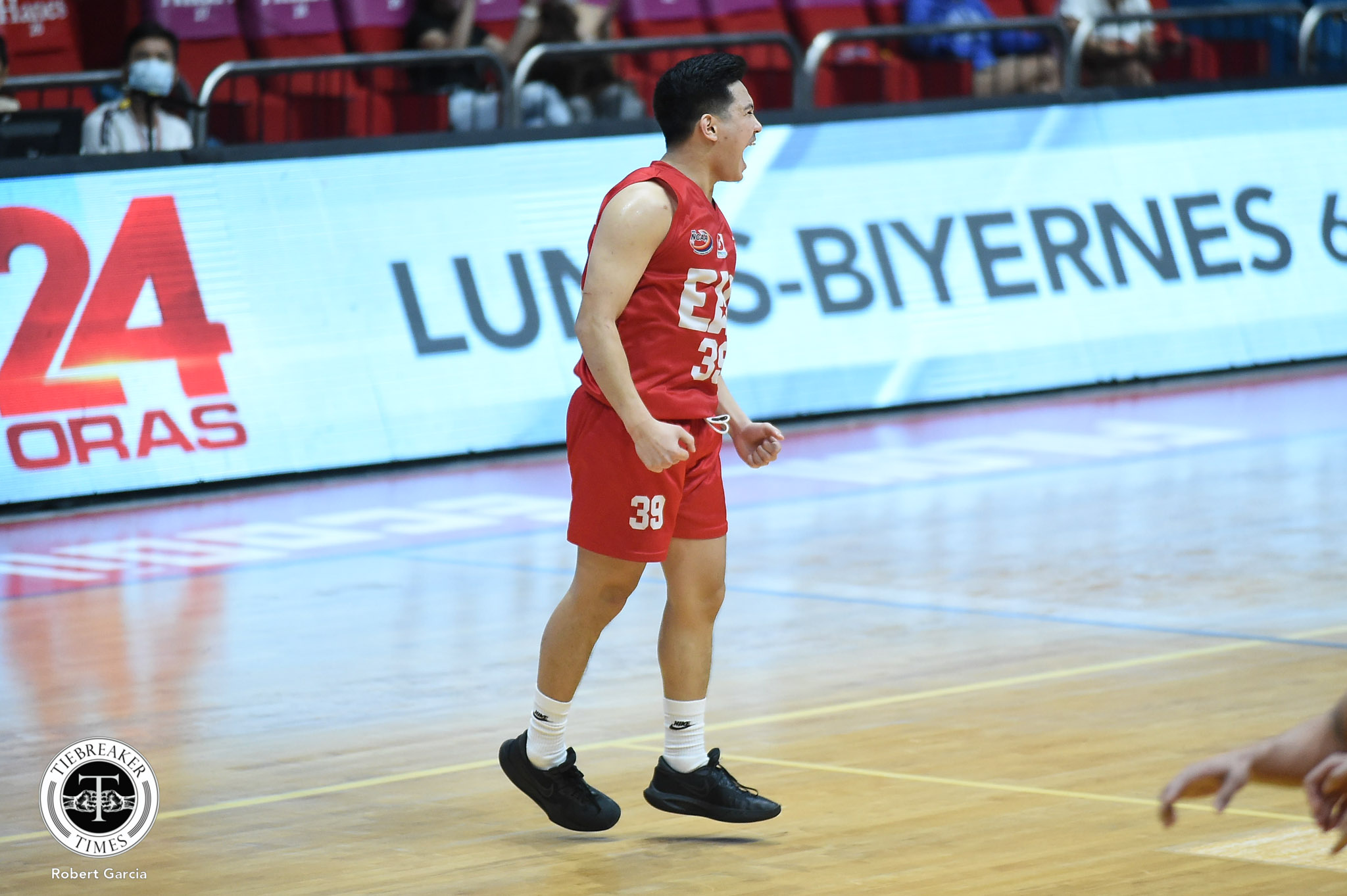 Trailing by as much as 14, 39-53 early in the payoff period, the Altas decided they had enough and sparked a 12-0 run capped by Carlo Ferreras’ two free throws to cut the deficit to two, 51-53, the closest they could get in the fourth.

Adrian Balowa stopped the bleeding for the Generals as it hit a deuce, before Mark Omega and Cedrick Abis both split their freebies to be back to within two, 53-55 with less than a minute remaining.

Unfortunately, a crucial turnover happened before the final 30-seconds of the ball game as Perpetual wasn’t able to take a shot thanks to a great defense from EAC that caused the opponent a shot clock violation.

In the next possession, Tolentino nailed a clutch midrange bomb over Jielo Razon for the dagger, 57-53 with 18 seconds remaining.

The Altas had one last shot for the game but Jeff Egan missed his bucket then Omega stepped out of bounds following his offensive board.

Both Maguliano and Bajon did not suit up on this one due to health and safety protocols.

The rough patch did not end there as injuries struck Nat Cosejo late in the second quarter, followed by Allen Liwag early in the third.

Art Cosa finished with a game-high 14 markers, and eight boards. Both JC Luciano and Balowa had a well-rounded performance with the former finishing 12 points, nine rebounds, four assists, and two steals, while the latter tallied 10 markers, five boards, and five dimes.

The Generals (2-13) got their second win of the season, giving the Altas no more room for error with 5-9.

Next up for EAC is Colegio de San Juan de Letran on Saturday at 12 NN, while Perpetual will fight for dear life against College of St. Benilde on Friday, also at 12 NN.