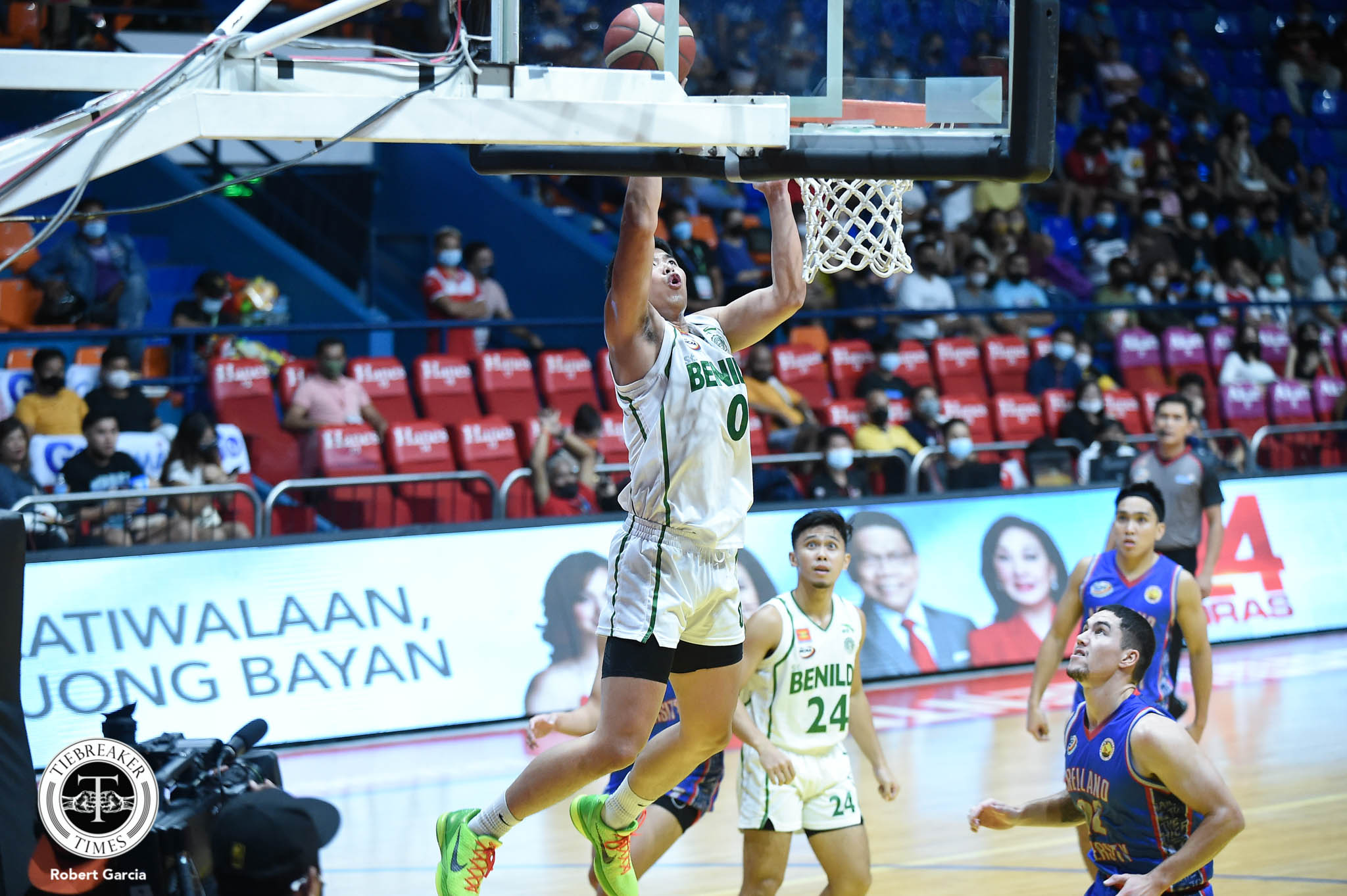 College of St. Benilde is back in the win column of the NCAA Season 98 Seniors Basketball Tournament after beating Arellano University, 84-72, on Wednesday at the FilOil EcoOil Centre in San Juan City.

It was a tied ball game at the end of the first quarter as both teams were not giving an inch.

In the second canto, however, the Blazers sparked a 16-2 run capped by a JC Cullar layup to give them a 36-22 advantage to eventually complete a 32-point quarter.

Benilde did not look back and got its biggest lead in the third after a Miguel Corteza bucket, 60-38, to get the 22 advantage right at the 5:33 mark.

“We just got stops and we were able to run and play fast,” said Blazers head coach Charles Tiu. “That’s what we want naman. We were able to play some good defense diba?

“I’m not so happy with the way we ended the game, but at least it’s a win so we’re very grateful. So thank the Lord for the win,” the youthful head coach continued.

Will Gozum led Benilde with another double-double performance. He finished with 15 points on 7-of-9 shooting, 12 rebounds, and two assists.

For Arellano, Axel Doromal had a game-high 23 points, two assists, two steals, and a rebound.

Both Cade Flores and Danielle Mallari ended up with a double-double with the former finishing 15 points and 14 rebounds, while the latter added 11 markers and 11 boards.

The Blazers are tied at the top spot with Lyceum with identical  4-1 records while the Chiefs absorbed their second straight defeat to fall to an even 3-3.

St. Benilde will face Emilio Aguinaldo College (0-4) on Saturday at 12 noon, while Arellano will look to bounce back against Malua University on Sunday at the same time.