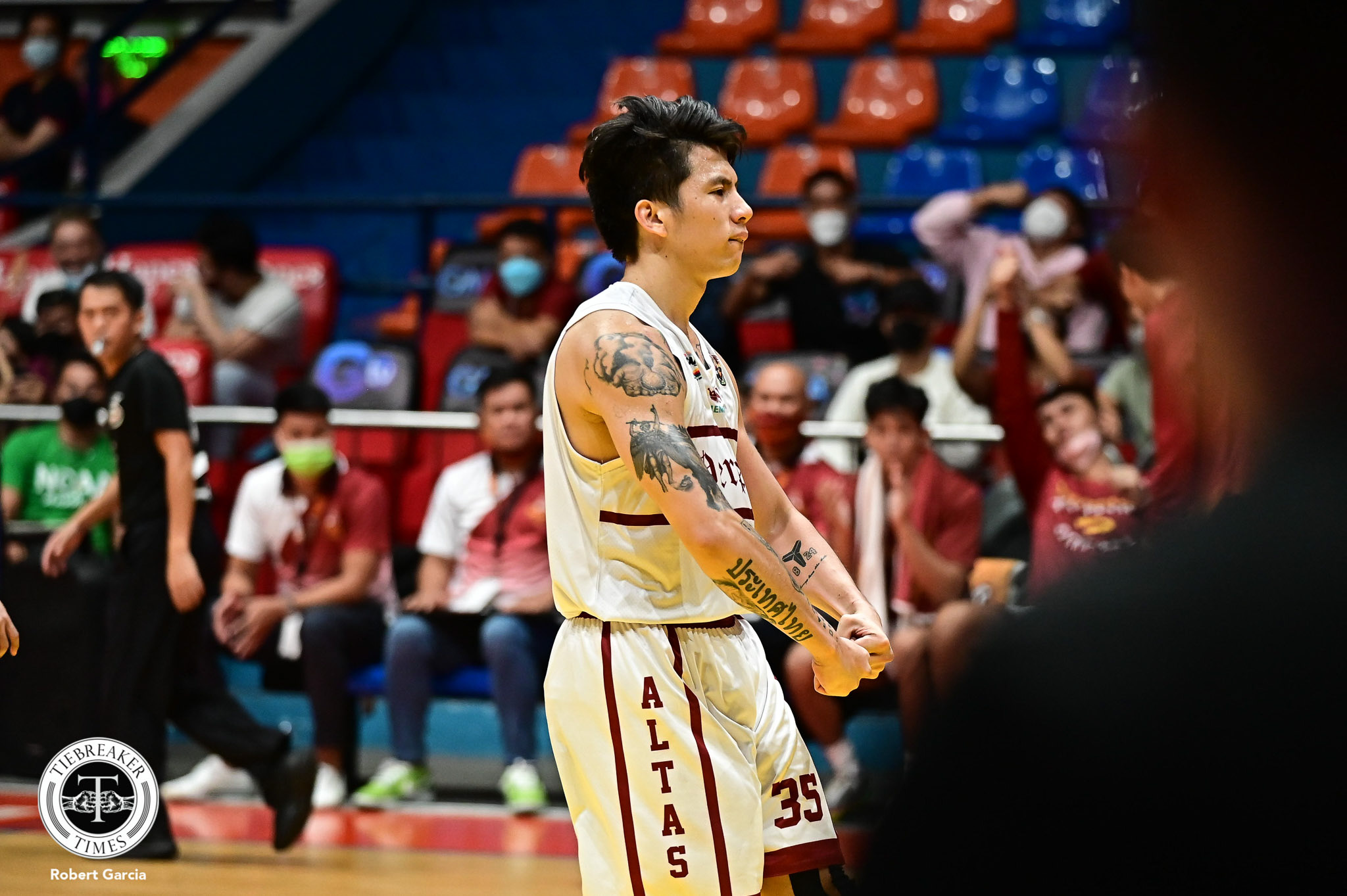 Kim Aurin did not leave anything to chance, powering University of Perpetual Help DALTA to a 63-60 victory over Emilio Aguinaldo College and punching the last ticket to the NCAA Season 97 Seniors Basketball play-in round, Friday at the Filoil Flying V Centre in San Juan City.

Clinging to a 48-44 lead entering the last 10 minutes of the game, the former JRU Heavy Bomber powered a 10-5 spurt. He gave his side a nine-point lead with 7:44 remaining.

Fighting for dear life, the Generals leaned on Ralph Robin, Kriss Gurtiza, and JP Maguliano. Gurtiza knocked down a trey with 1:07 left to cut the lead down to three, 63-60.

Misses by Mark Omega and a crucial turnover by Aurin gave EAC a chance to tie the game.

However, Gurtiza missed on his three attempt as time expired on the season of the Generals.

With the win, Perpetual ended the elimination round with a 4-5 slate. Holding a superior quotient than Arellano University, the Altas get the fifth seed. 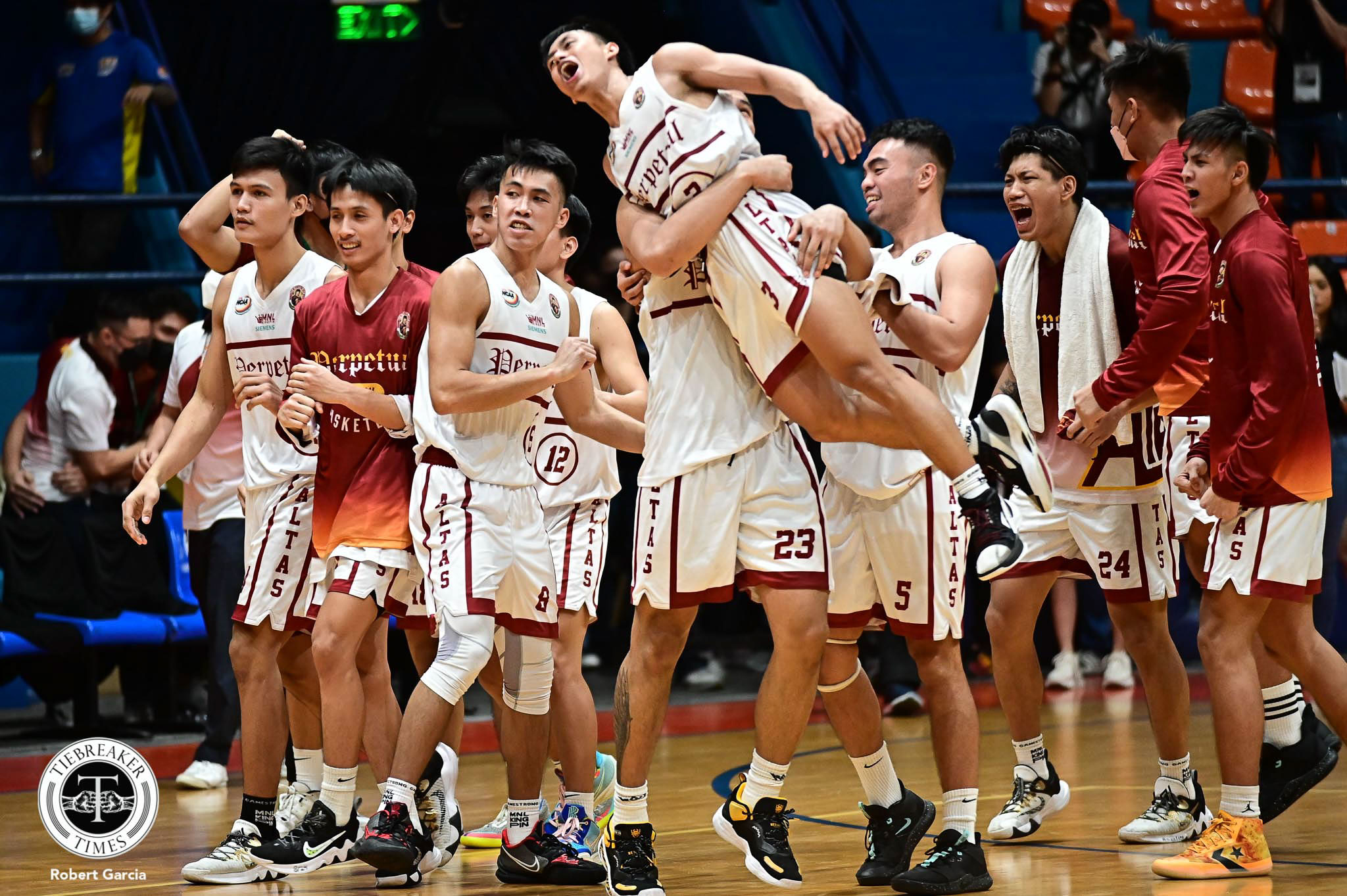 The two teams will face off in the first phase of the play-in on Sunday, May 1.

Aurin dropped 10 of his 14 points in the final frame, while Omega got 13 points, 15 rebounds, four blocks, two steals, and two assists.

The Generals ended their campaign with a 3-6 record.

Gurtiza led the way for EAC with 18 points on 19 shot attempts. Rookie Allen Liwag got 12 points and six rebounds while Robin chipped in 11 points.

Maguliano and Nat Cosejo grabbed 13 and 14 rebounds, respectively, as well.

CJ Cadua and Marwin Taywan played their final game for the Generals. 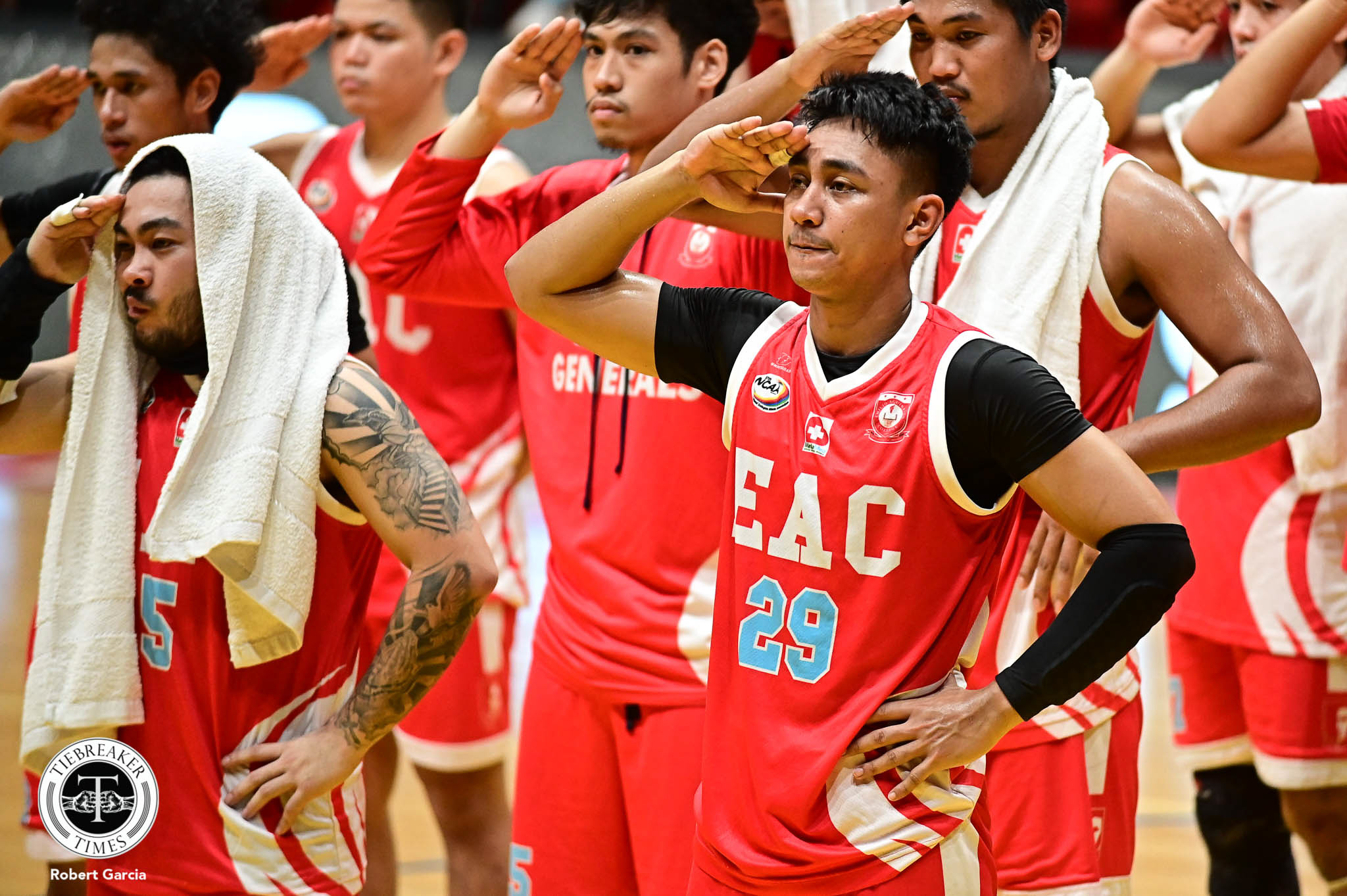