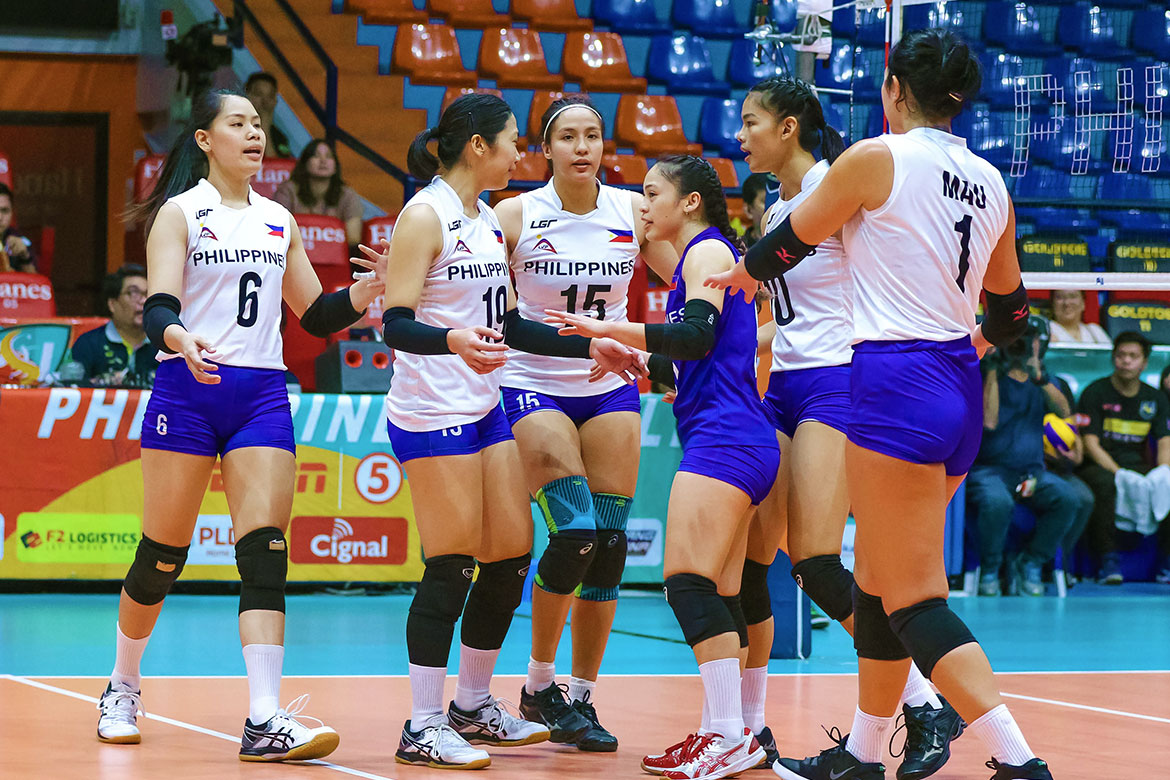 The Philippine Women’s National Volleyball team bucked the absence of some of its key players as it raised the curtains to the 2019 PSL Super Cup on a high note, Tuesday evening.

Despite the absence of Alyssa Valdez and Jia Morado, the Nationals orchestrated a straight-set rout of Team Shine, 25-14, 25-18, 25-16, at the FilOil Flying V Centre.

The Philippine delegates got off to a strong start behind their precise execution at the net, churning out a lopsided affair early on. However, the league selection team established its footing in the second frame.

Figuring in a back and forth swing, the tricolor squad cradled a slim 19-18 edge. But MJ Philips muffed a service attempt, triggering a downward spiral for Shine. Roselyn Doria and Aiza Maizo-Pontillas then joined hands, as the two national team reserves dealt the crucial blows that gave their team a two-set buffer.

The tides then turned in favor of the Nationals. They mounted a 10-point cushion in the second technical timeout, before doubling on Shine with an 18-9 advantage and never looking back.

Battle-tested playmaker Rhea Dimaculangan tossed 13 excellent sets for the Nationals, who outgunned the opposition with a 42-27 differential in attacks.

The Philippine contingents seek to sustain their momentum when they take on Team Sparkle. Meanwhile, Shine looks to crack into the win column against the visiting team, University of Tsukuba. Both matches will be played on November 7, Thursday, at the same venue.

Individual awards for Chabi Yo, Nonoy a testament to Ayo’s program