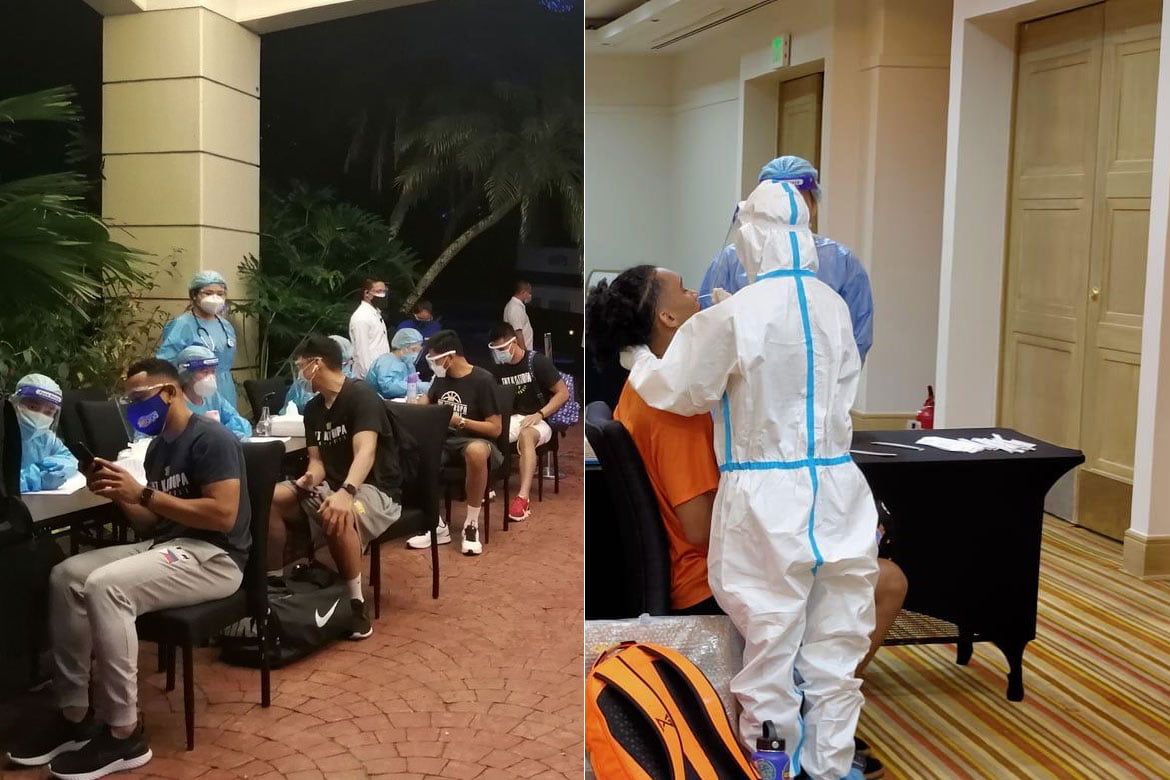 Two teams trying to end the monopoly the SMC block over the PBA’s championships have arrived in Quest Hotel in Clark, Monday evening.

Meralco checked in at around 3:30 in the afternoon — a few hours after Magnolia arrived.

Meralco, which has had the history of struggling in All-Filipino tournaments, will parade an intact lineup, headlined by Raymond Almazan.

This will be the Bolts’ first Philippine Cup with the 6-foot-8 big man.

However, they will not have Nonoy Baclao, who is still recovering from the ruptured patella tendon he sustained a year ago.

Meralco also has the third oldest player in the bubble in Reynel Hugnatan.

TNT, on the other hand, arrived at around six in the evening.

The Tropang GIGA will have its full arsenal for the three-month tournament, including late arrivals to the country Ray Parks and Simon Enciso.

Gilas interim head coach Mark Dickel will also remain with TNT for the duration of the tournament.

All players and team personnel underwent swab testing, with advice to stay isolated in their respective rooms until the test results come out.