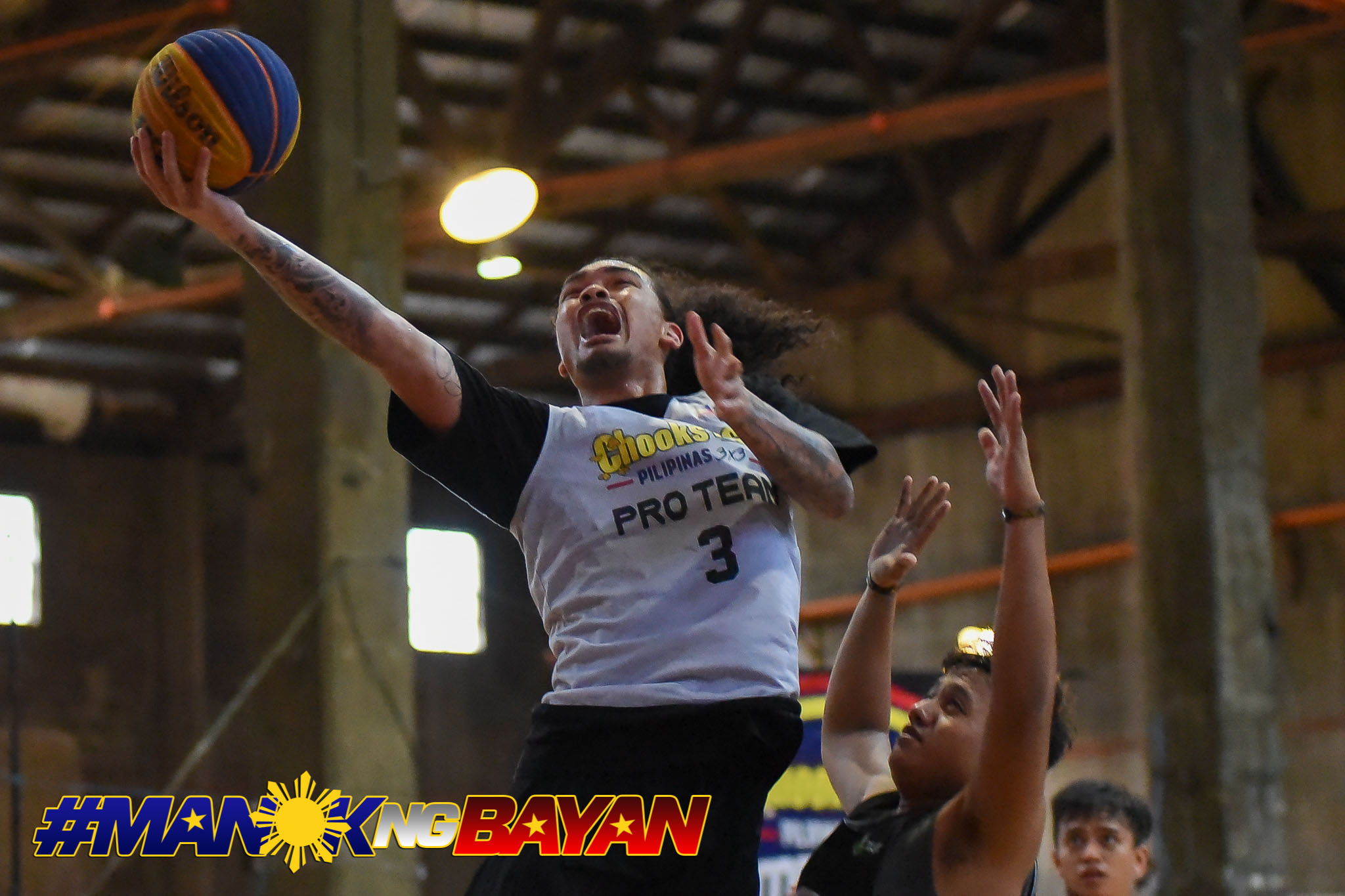 Joshua Munzon was on fire for Pasig Chooks as it drubbed Big Boss Cement-Porac, 21-12, and claimed the fourth leg of the Chooks-to-Go Pilipinas 3×3 MelMac Cup, Thursday at Gold’s Gym Sheridan in Mandaluyong.

The world no. 106 player unleashed 13 points built on five deuces, leading his side to their fourth straight title in the tourney — presented by Coca-Cola and Gold’s Gym — together with the P100,000 cash prize.

Munzon’s deuce allowed Pasig Chooks to wiggle out of a close affair early on. They then took an 11-6 lead midway through the championship round.

Franky Johnson soon followed suit, burying a pair of long bombs to finish with seven points. He also made the game-clinching two-pointer with 3:56 still on the clock.

Troy Rike also scored one, while Dylan Ababou made solid defensive contributions in the game.

The affair paled in comparison to the pulsating finish the two teams had in the leg three Finals. There, Pasig also edged Porac, 21-20, thanks to a game-winner from Munzon a day prior.

“We had to knock off the rust the day before and today, we’re a lot sharper and we’re able to execute our game plan a whole lot better,” said Munzon, the top Filipino 3×3 player.

Ryan Monteclaro paced the Builders with five points, as it finished runner-up anew for the second straight leg.

Leg five is on Saturday, still at Gold’s Gym Sheridan.