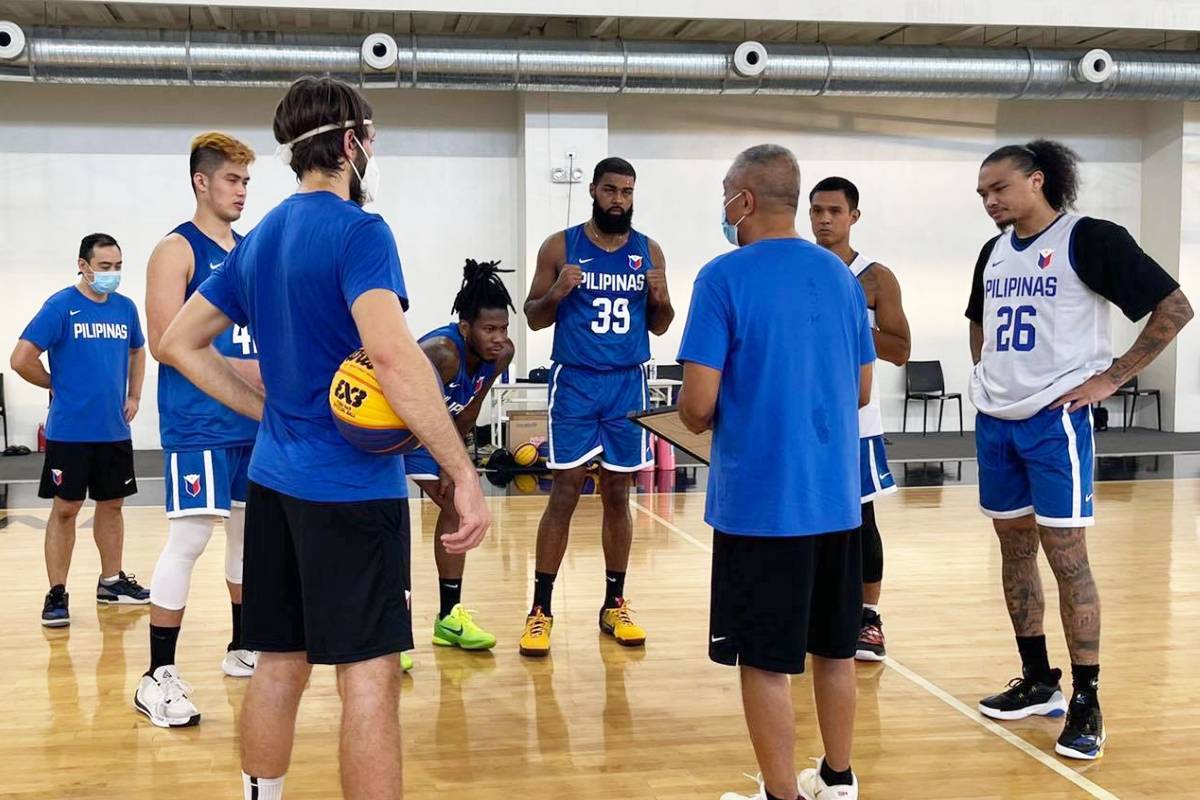 After all, 3×3 basketball has been his home for the last couple of years.

“I definitely can say that it felt natural,” said the top-ranked 3×3 player in the country.

“Just going out there was like riding a bike. I can’t say it was easy, but we were able to shake off some rust.”

The camp took place in preparation for the 2021 FIBA 3×3 Olympic Qualifying Tournament, scheduled from May 26-30 in Graz, Austria.

Though the first half of the camp only lasted for seven days, Munzon said that their twice-a-day sessions were both brutal and fruitful.

“It was very productive and we were able to accomplish a lot. Good to be around a lot of people after being locked out for so long,” said the 6-foot-4 gunner out of Long Beach, California.

“We were able to shake the rust off and have an idea on what our offense and defense will be.”

The team left the Calambubble last Saturday, but will be returning later this week. Munzon said that the second week will be crucial for their chemistry-building and for conditioning.

“I just think we just continue to build on what we have been working on, the chemistry and just be better,” he continued as no. 2 Alvin Pasaol will join them as well.

Come the OQT, Gilas 3×3 faces Slovenia and Qatar on the 26th and France and the Dominican Republic on the 28th.

Having faced the world’s best in FIBA 3×3’s pro circuit, Munzon knows the quality of the opposition. This time around, however, he knows that there will be more pressure on his shoulders as only three teams will advance to Tokyo.

“This is very big,” said the 26-year-old. “I can say that this is the biggest opportunity I have had in my career.

“Truly a huge honor and the possibility of being in the Olympics is something that I never thought I would be in.”

To close, Munzon is grateful to SMART and the SBP for making this dream possible.

“I’m very grateful to Boss Al [Panlilio], Boss Butch [Antonio], and Coach Ronnie for keeping this OQT dream alive. We all know how hard it is to train in this pandemic but they were able to do it,” expressed Munzon.

“It’s amazing to be part of this and to be in this position. We hope to make the country proud.”