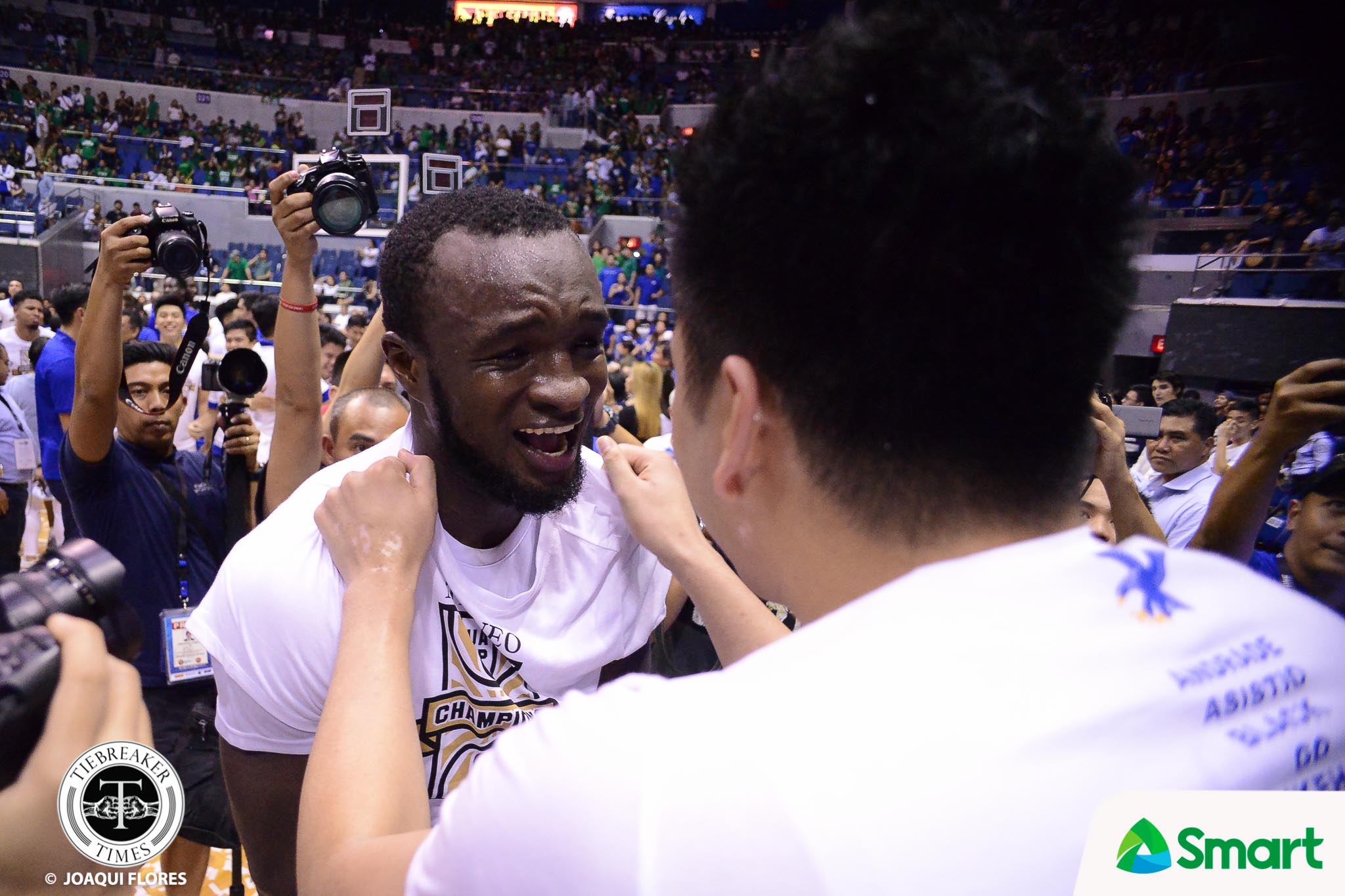 With 1:39 left in Game Three of the UAAP Season 80 Men’s Basketball Finals, wily floor general Anton Asistio found a free Chibueze Ikeh underneath. Once he was able to lock his legs, Ikeh soared through the air before throwing down a thunderous one-handed jam that gave the Ateneo de Manila University an 82-73 lead. 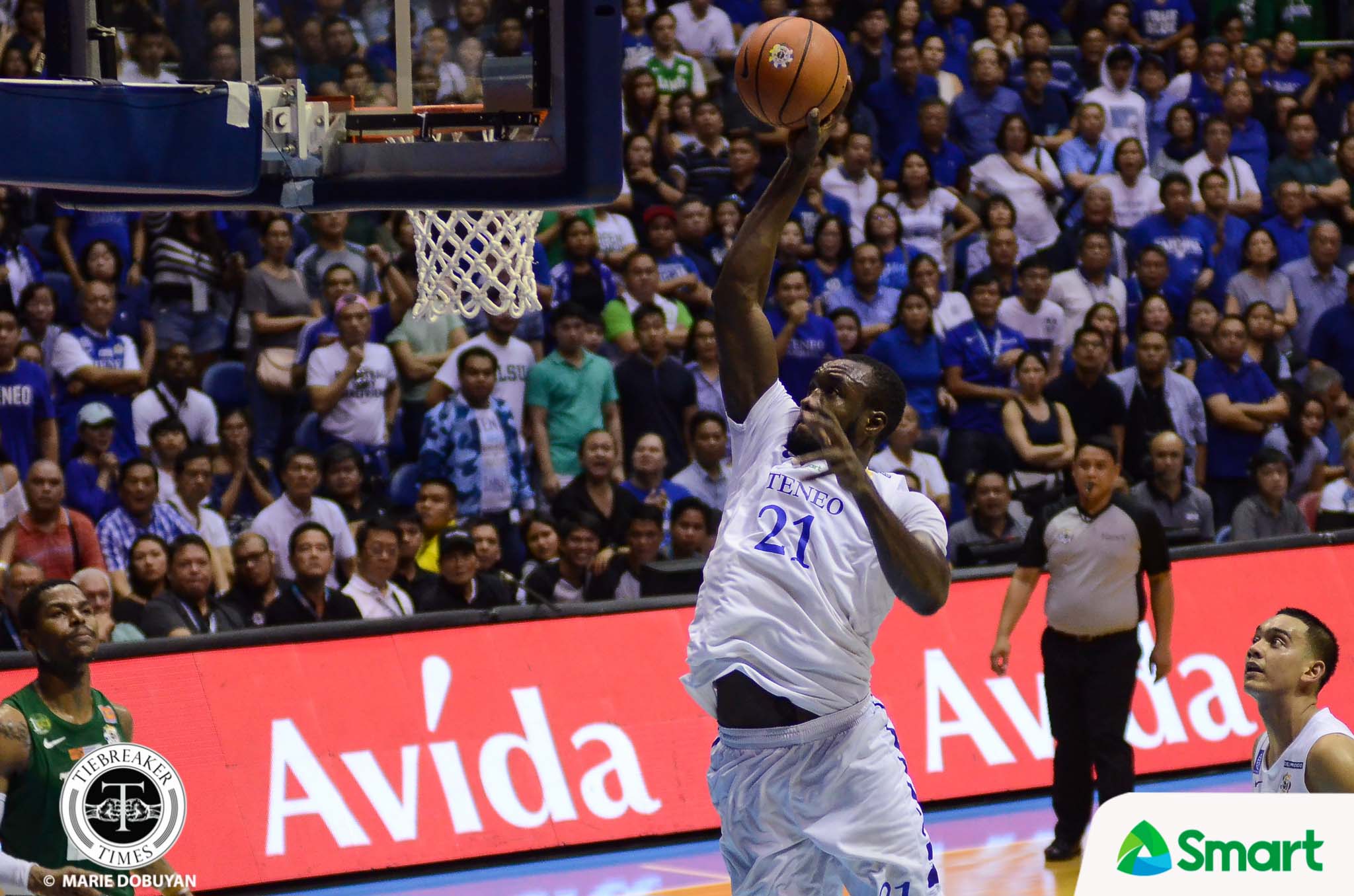 “It was now or never,” Ikeh recalled during a live chat with ABS-CBN Sports.

“I took the opportunity since it was my last playing year, I had to take it hard all the time.”

The 6-foot-9 big man had waited for three years to experience that moment.

During his first two years with the Blue Eagles, no one was more scrutinized than Ikeh. Many were frustrated that he couldn’t release his true potential even if he had all the physical tools to do so. And that included second-year Ateneo head coach Tab Baldwin.

“There’s this thing called male pattern balding. I’m losing more hair! Can you believe it?,” quipped Baldwin as he paid tribute to Ikeh during the Blue Eagles’ thanksgiving mass at the Church of the Gesu.

“Since I’ve know him he has been criticized more than any other player we have. And sometimes for good reason.”

Ikeh averaged a paltry 5.1 points, 7.5 rebounds, and 1.1 blocks in his first two years in Ateneo. Amid the pressure on him to deliver, as he was inheriting a post left by great Ateneo centers like Rabeh Al-Hussaini and Greg Slaughter, he himself struggled to even stay on the floor during that time, averaging 2.9 fouls per game that limited him to just 17.7 minutes per contest.

Even with this, the Blue Eagles continued to believe in him.

“This is a young man who left his continent, friends, family,” furthered Baldwin.

Anybody else would have broken down, packed their bags, and left after experiencing all of this. Not Ikeh. The Nigerian student-athlete persevered in the off-season that resulted to career-highs across the board. In his final year, he posted norms of 7.5 points and 8.6 rebounds, per contest. Ikeh was even top 10 in the statistical points ladder to end the elimination round.

And no one appreciated him more then the Blue Eagles. Thirdy Ravena even asked Ikeh to join him at center court when he was awarded with the Finals Most Valuable Player plum. 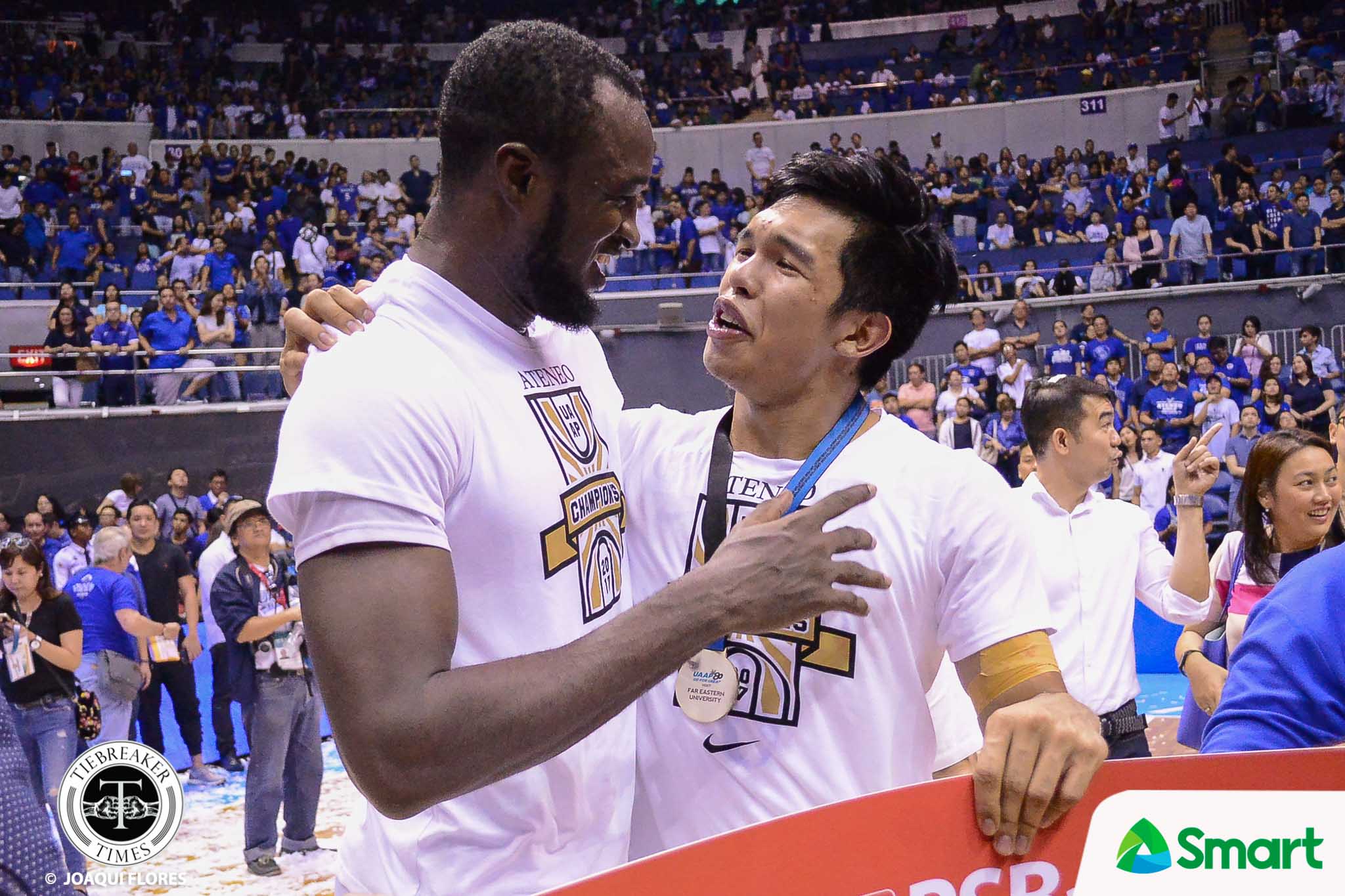 “I wasn’t expecting that, but he’s been one of a kind. For him to share that moment with me, it feels so great,” said Ikeh about that moment. “I really appreciate that.”

“There are things na hindi nakikita ng mga tao talaga. It’s the intangible he brings,” Ravena added. “You don’t see it in the stats, but I saw Ikeh the whole game, he just did his job, he did his best to limit Ben [Mbala] and to execute the game plan.

“If it weren’t for Ikeh, his effort, Isaac [Go’s] shot, it wouldn’t be possible for us to win.”

As Ikeh went to the podium of the Church of the Gesu on Sunday night — his last moment as an Ateneo Blue Eagle — the community once again exploded into a chant of “Ikeh! Ikeh! Ikeh!”

“Thank you for believing in me,” Ikeh said, trying to fight off tears as he closed this chapter of his young career.