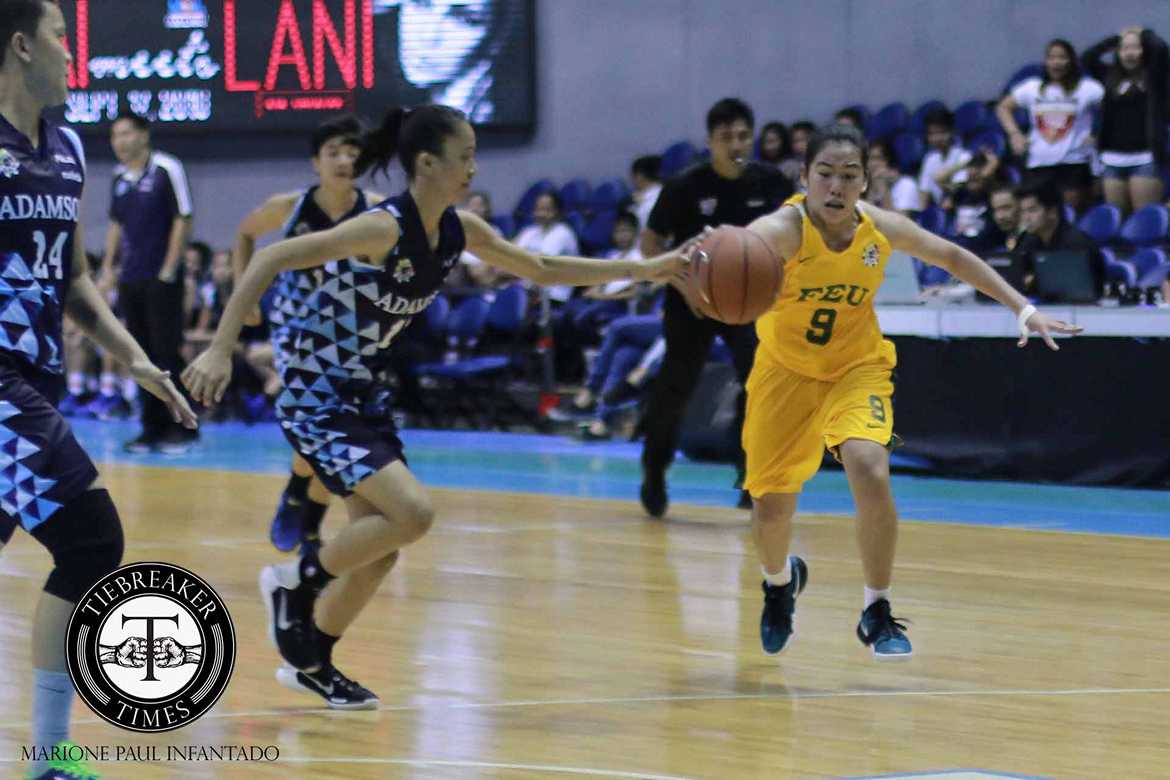 Fresh from their opening day loss at the hands of the De La Salle Lady Archers, the Far Eastern University Lady Tamaraws had a point to prove against the Adamson Lady Falcons Sunday morning at the Araneta Coliseum.

Once the game started, it was evident that this was a different Lady Tamaraws squad compared to their first UAAP Season 79 Women’s Basketball game. Their newfound resilience yielded them a 61-56 win over the Lady Falcons.

The game was a tight affair as the two teams repelled one another until halftime with the Lady Tamaraws carrying a slender 29-28 advantage over the Lady Falcons going into the break.

What won the game for FEU was their third quarter surge when a Princess Jumuad basket capped off a 9-0 run for the Lady Tamaraws. Adamson were left to trail FEU for the rest of the third and fourth quarters.

Adamson were able to cut FEU’s lead to just four points with just 1:55 to go. However, a Yetunde Okunlola basket inside the shaded lane and a free throw each from Balleser and Ventura sealed a 61-56 win for FEU over Adamson.

The win was a welcome result for Flores. It is Flores’ second season as head coach, although he felt that it’s only this season when he felt that the Lady Tamaraws was finally his team.