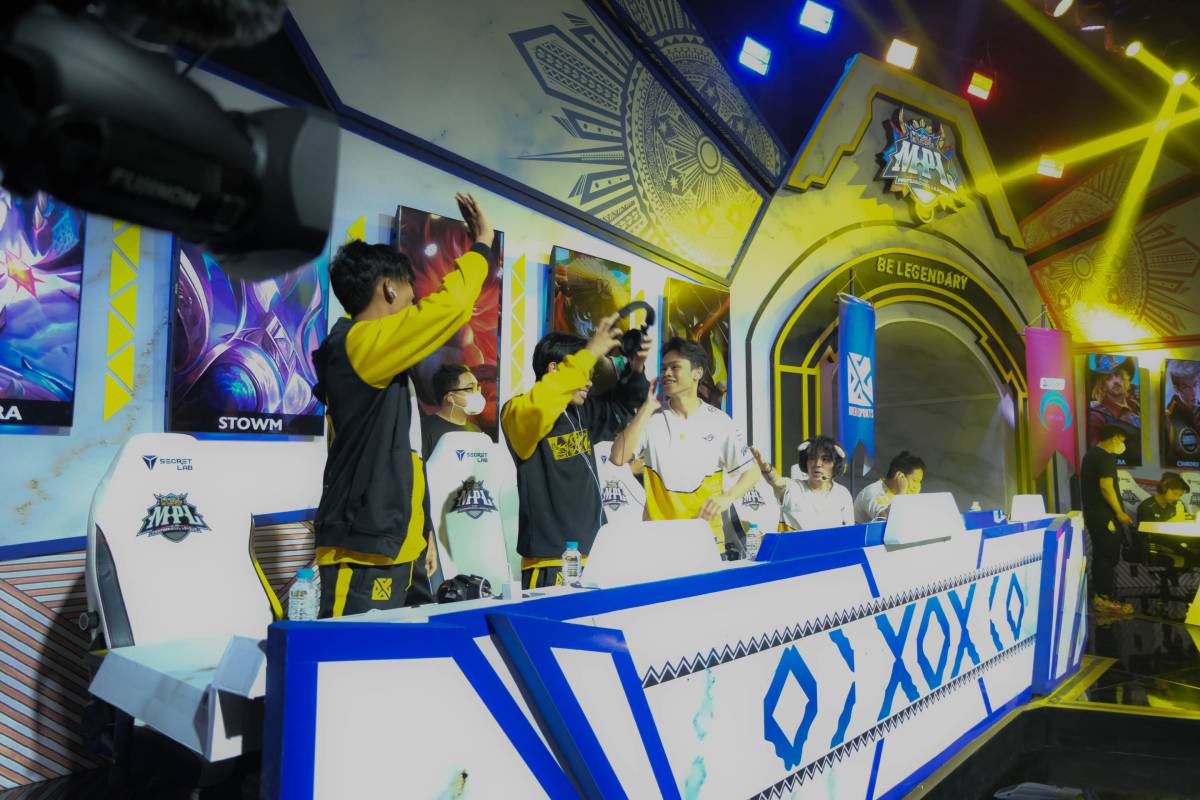 Utilizing its reserves, Bren Esports finally picked up its first win in MPL Philippines Season Nine after a 2-1 thriller against Omega Esports on Friday night.

With the series still up for grabs, Bren Esports – during a scattered fight near the Lord pit – secured a critical kill on Joshua “Ch4knu” Mangilog’s Chou to secure the crucial Luminous Lord in the 20:54-mark of Game Three.

The match lasted 21 minutes and 56 seconds. 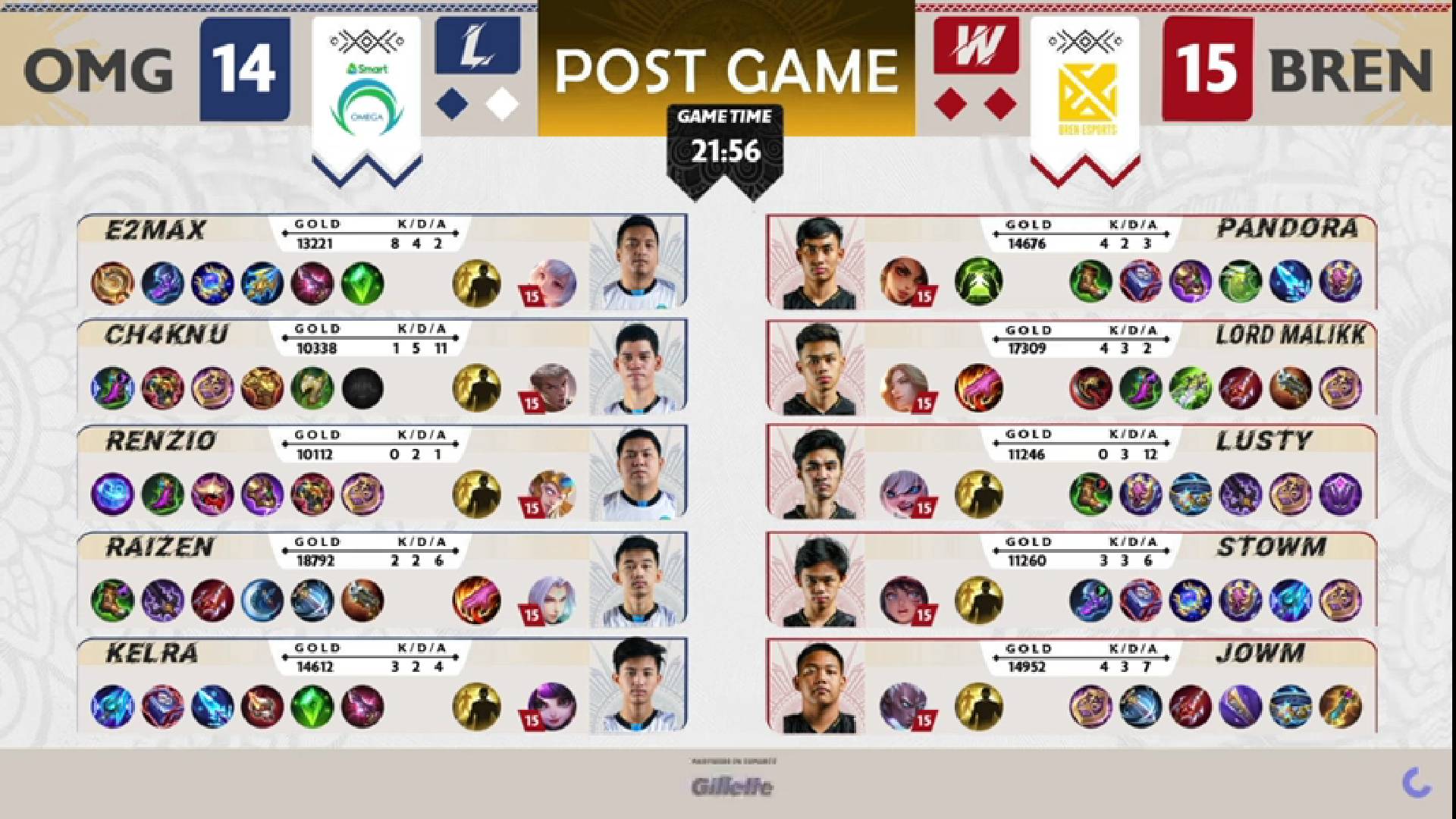 Bren Esports previously dropped its first five games of the tournament. It now has two points, still in the last spot.

With Omega Esports playing passively early in Game One, Muj “LORD MALIKK” Malik’s Aulus had an easy time farming up his items to prepare for his mid-game power spike.

Ahead by almost 1K after taking out Renz “Renzio” Cadua’s Gloo, Bren Esports went for the Lord in the 9:55-mark.

Bren Esports never looked back from there, securing the Luminous Lord in the 14:17-mark of the contest. That then led to the game-winning siege.

LORD MALIKK delivered a career-high eight kills along with two assists without a single death in the 12-2 Game One win in 17 minutes and 14 seconds. 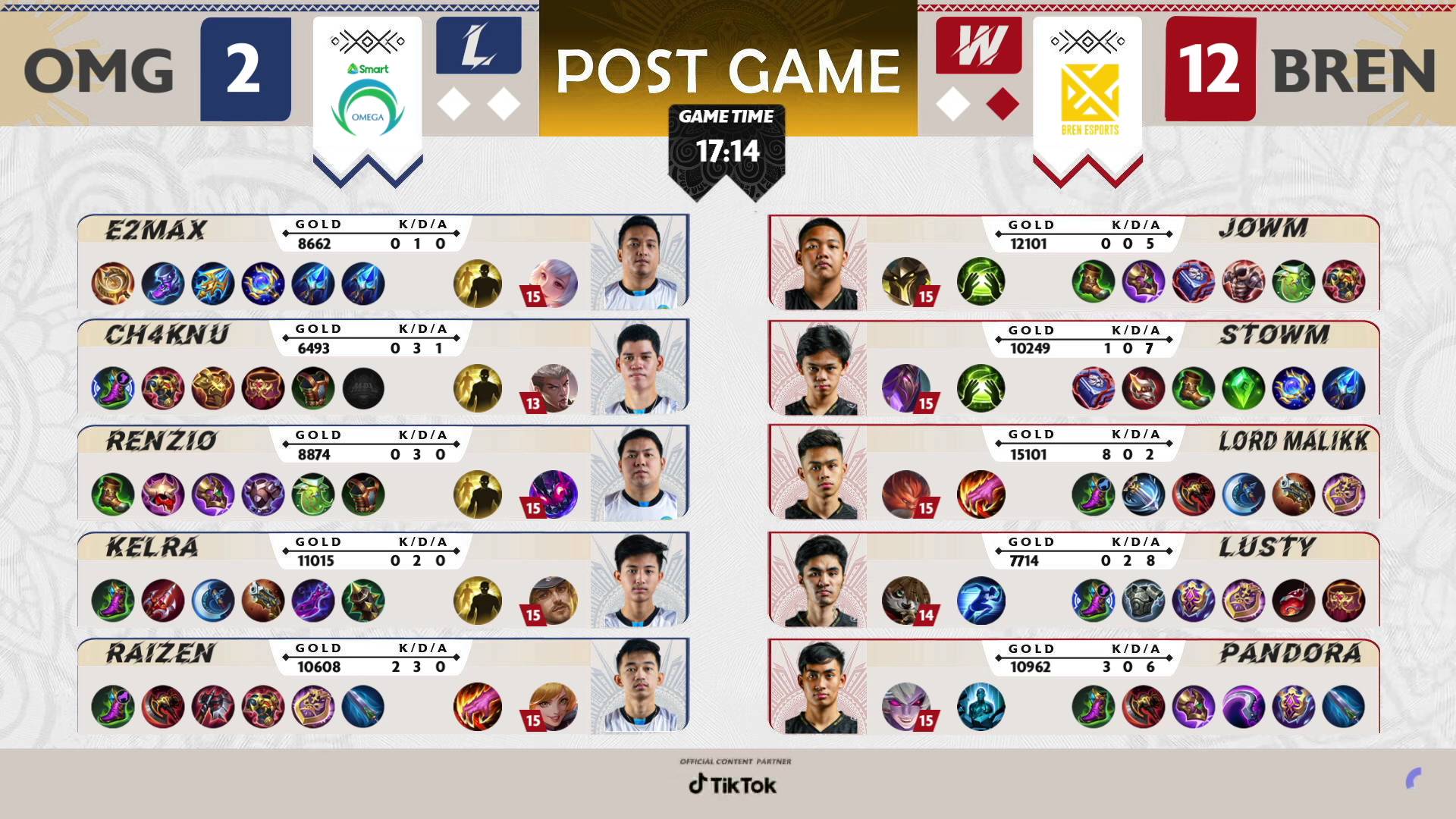 Bren Esports rookies Pandora (Dyroth) and Dale “Stowm” Vidor (Yve) went perfect in their respective debuts. The former had a 3-0-6 KDA line; meanwhile, the latter contributed a kill and seven assists without a death.

Already up by as much as 9K in Game Two, Omega Esports went for the game-ending siege entering the 15-minute mark to cap off its bounce-back win.

Raizen delivered 10 kills and seven assists without a single death on Ling in the 22-10 Game Two stomp in 15 minutes. Renzio added four kills and 13 assists against two deaths on Esmeralda.

E2MAX had three kills and 12 assists laced with two deaths. 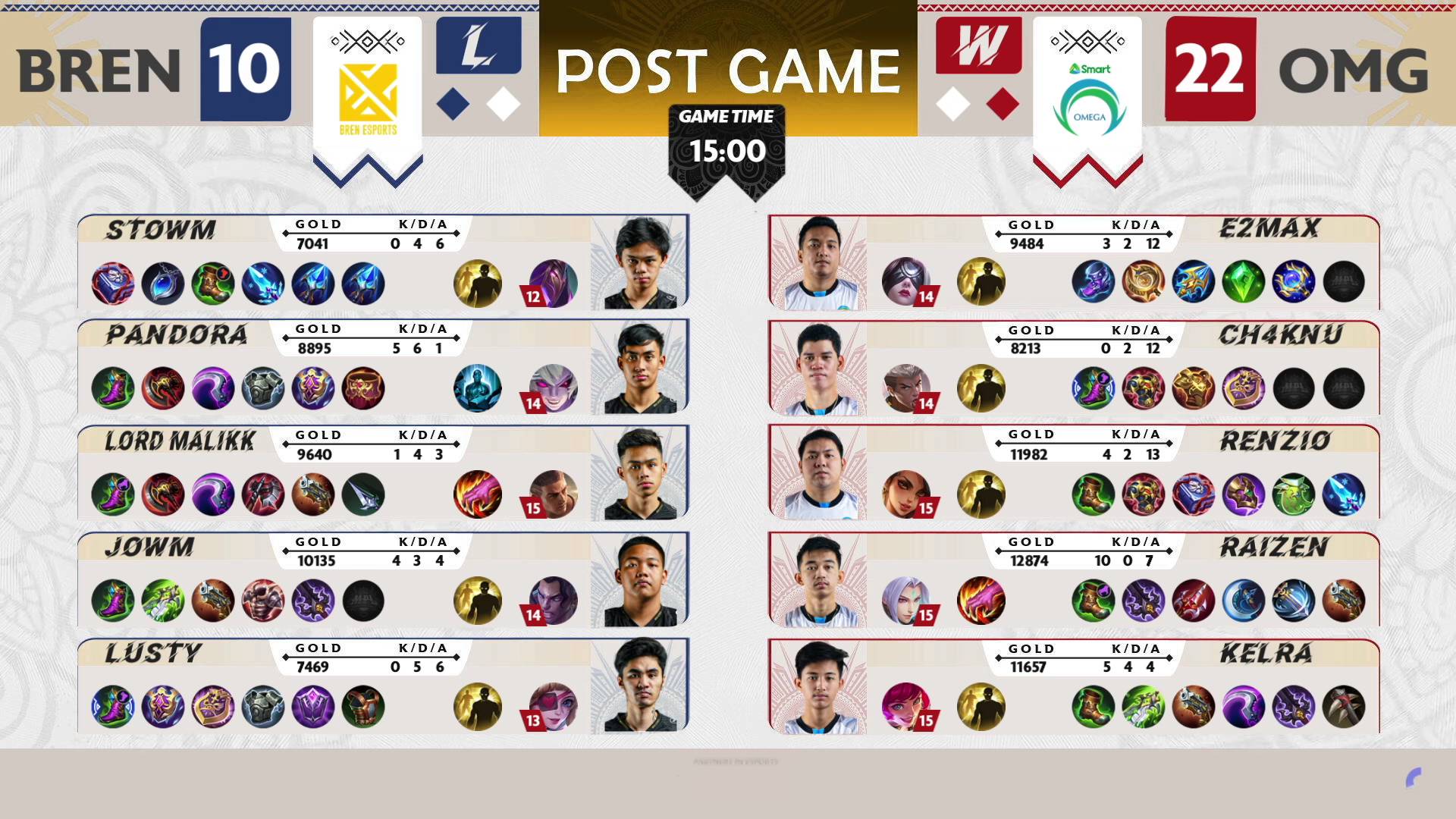 Omega Esports dropped to 2-4 with five points at the seventh spot.