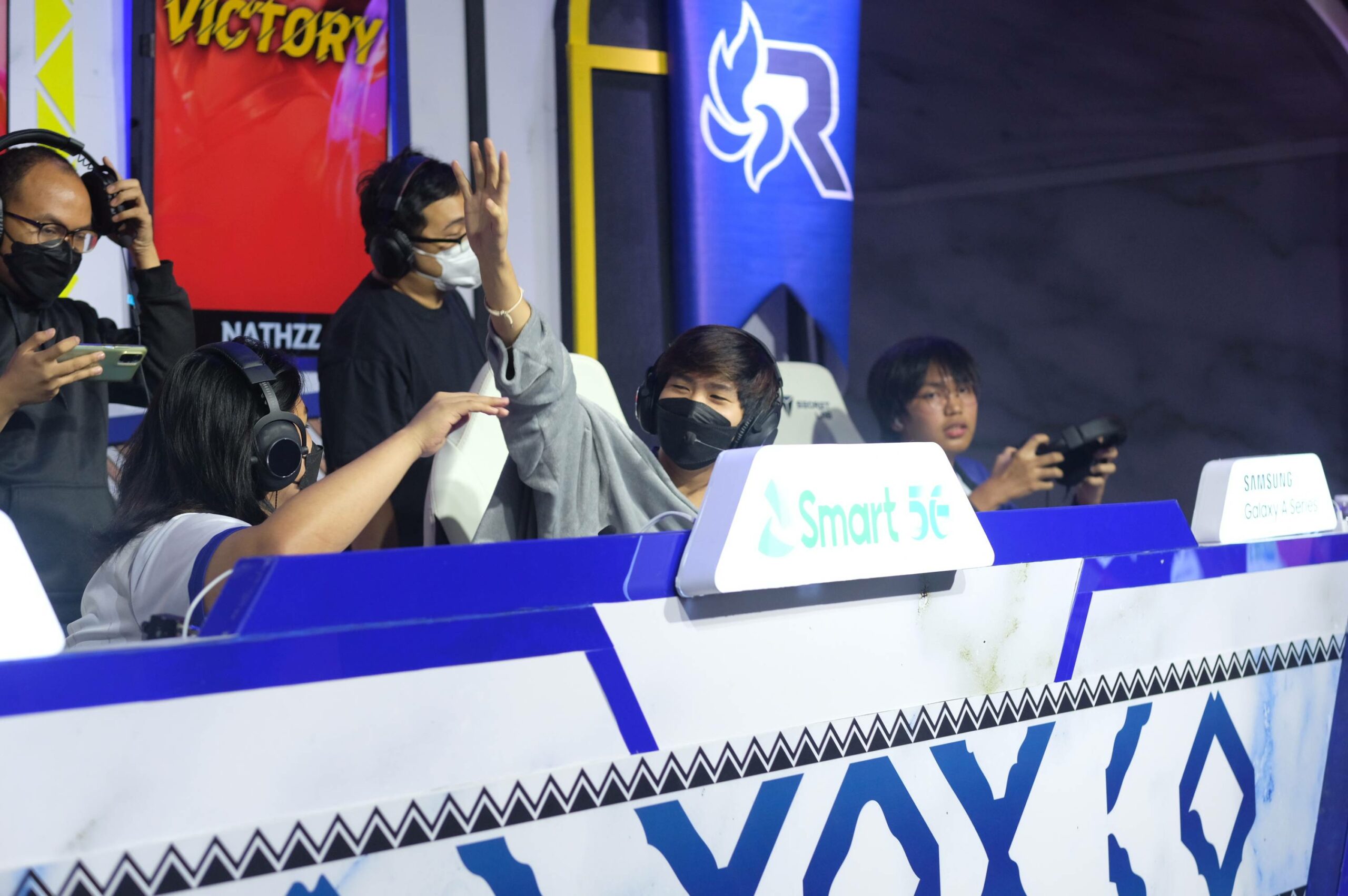 A Lord take allowed RSG PH to take down all but two ONIC PH inhibitor turrets past the 11-minute mark before eventually securing the Luminous Lord entering the 13th minute.

Demonkite ended with three kills and six assists in the crucial 14-4 Game Three triumph in 14 minutes and 40 seconds as RSG PH claimed the second spot in the standings with 13 points through a 5-2 slate. 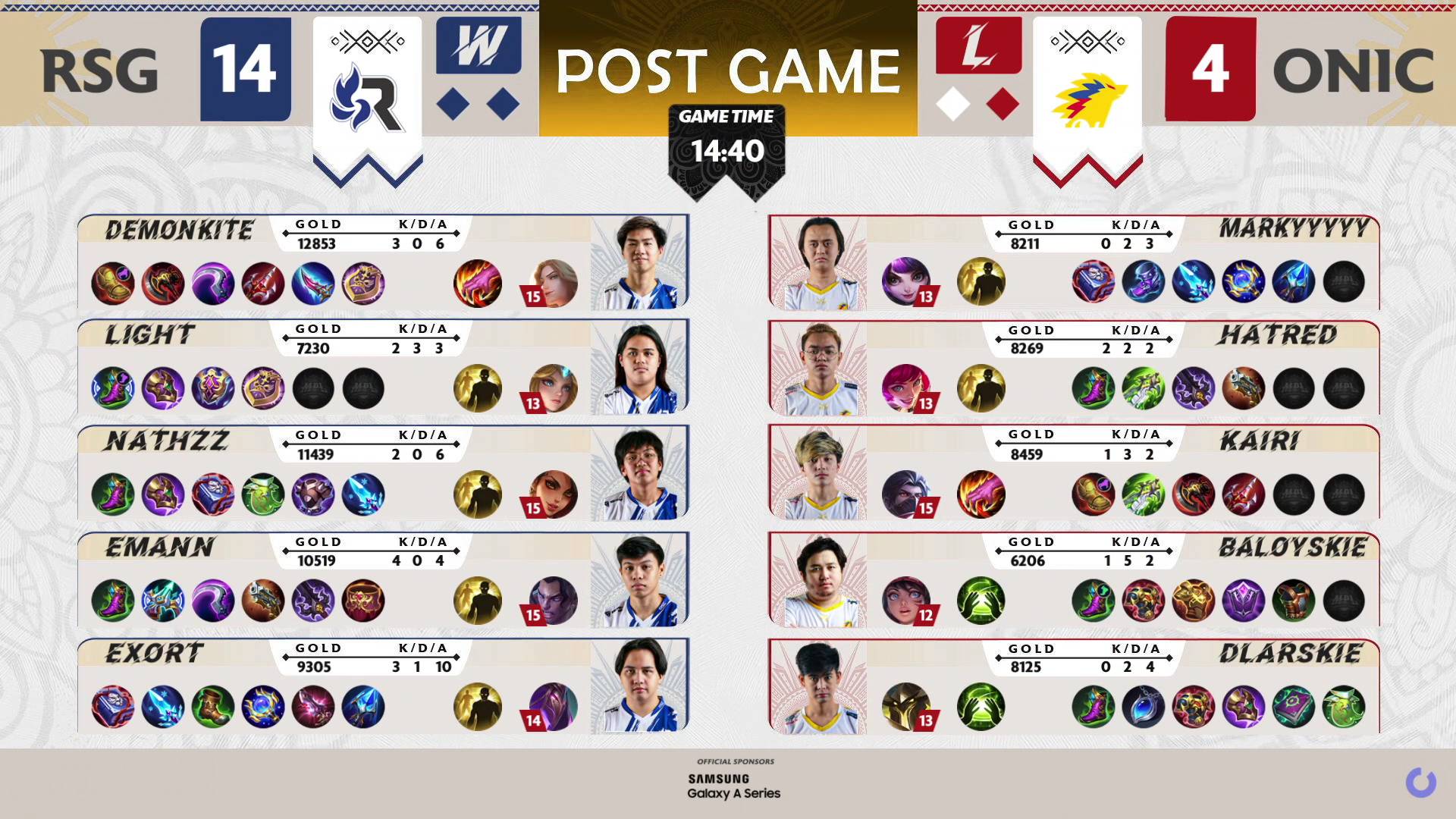 Playing the Johnson-Kadita strategy once more, ONIC PH was able to shut down RSG PH early in Game One, eventually taking out all of the team’s turrets except for the base.

The team, however, made a costly mistake in the end game which allowed RSG PH to come back.

Exort managed to Flicker out to avoid contact, but Jaylord “Hatred” Gonzales (Kadita) was able to use his full combo to eliminate Exort.

RSH PH, despite losing a hero, ran over ONIC PH and bagged three kills. Kairi “Kairi” Rayosdelsol (Fanny) and Gerald “Dlarskie” Trinchera (Uranus) tried to defend, but the four-man RSG proved to be too much.

Nathzz, who used his body to block out Baloyskie’s Rapid Touchdown a couple of times, led the way with three kills and seven assists against one death in the tight 14-14 Game One win in 20 minutes and 42 seconds. 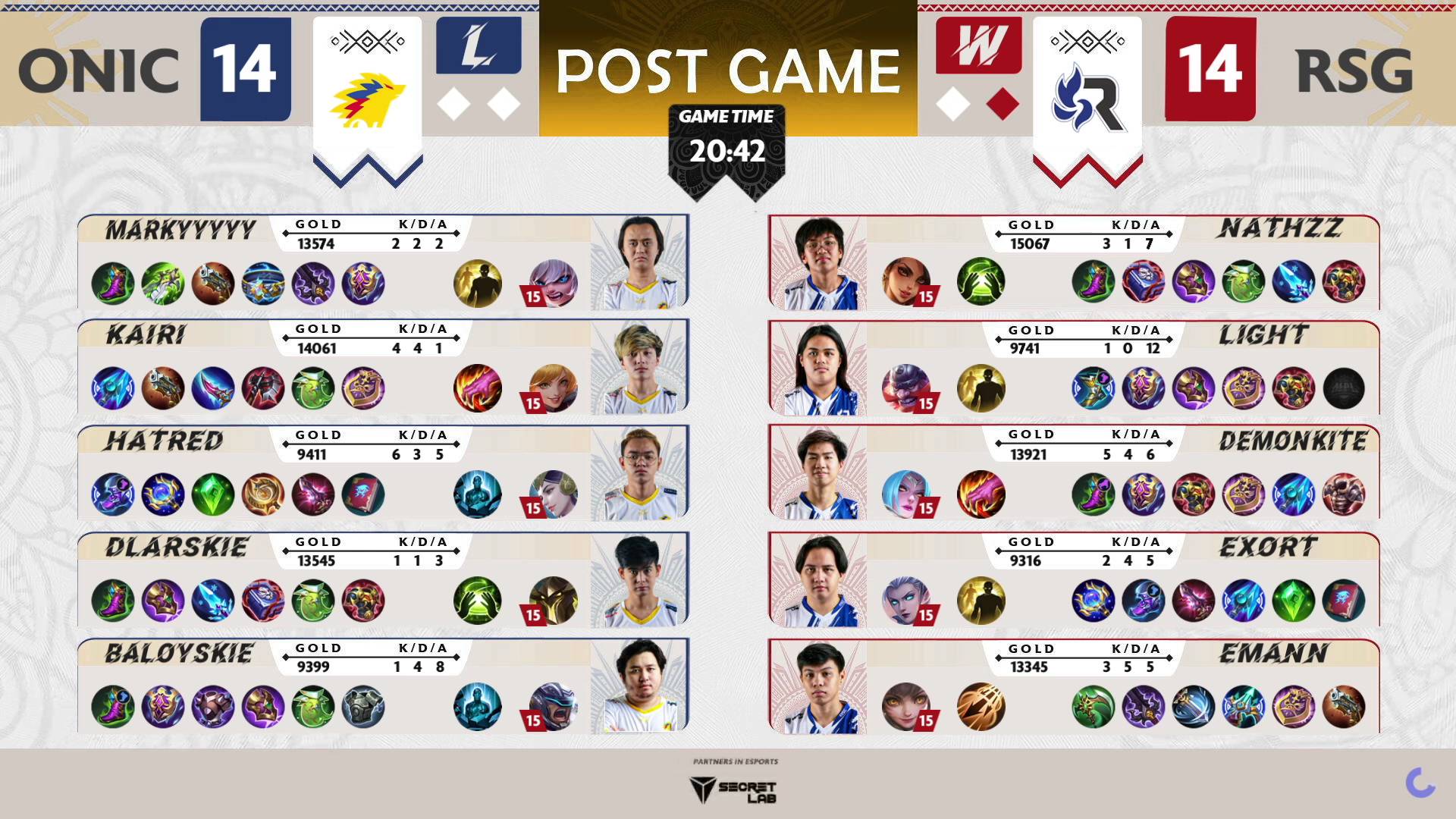 Timely Abyssal Arrows from Hatred (Selena), however, willed ONIC PH back to the match. A four-man wipe entering the eight-minute mark gave ONIC PH the advantage.

The MPL Philippines Season Eight grand never looked back from there.

Hatred delivered four kills and six assists without a single death in the 12-7 Game Two victory in 17 minutes and eight seconds. 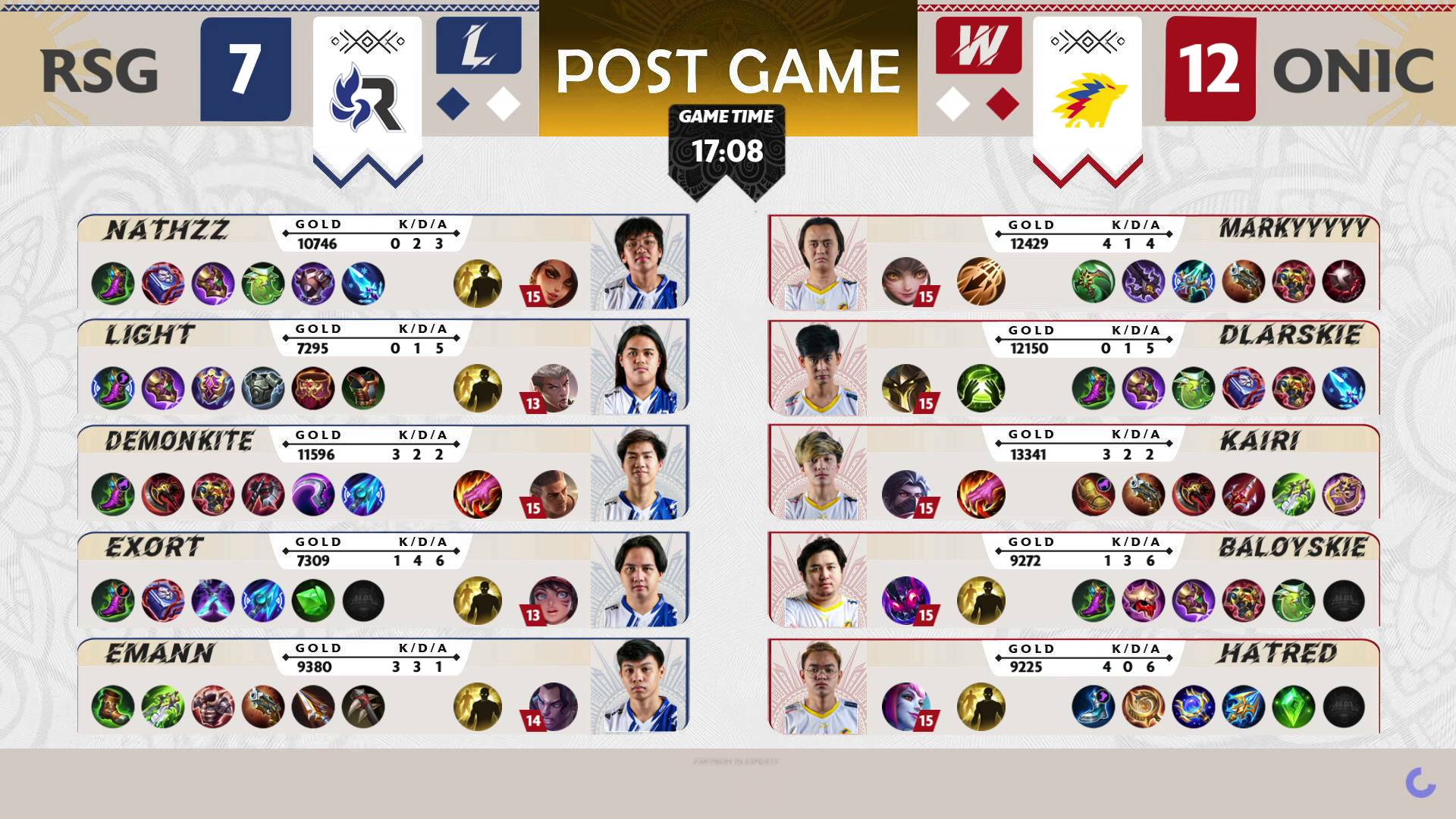 ONIC PH, who dropped to 4-3, is currently tied with Nexplay EVOS at the fourth spot with 11 points each.

RSG PH looks to sweep its season match-up against Nexplay EVOS on Saturday at 4:00 PM while ONIC PH will face Blacklist International on Friday at 6:00 PM.