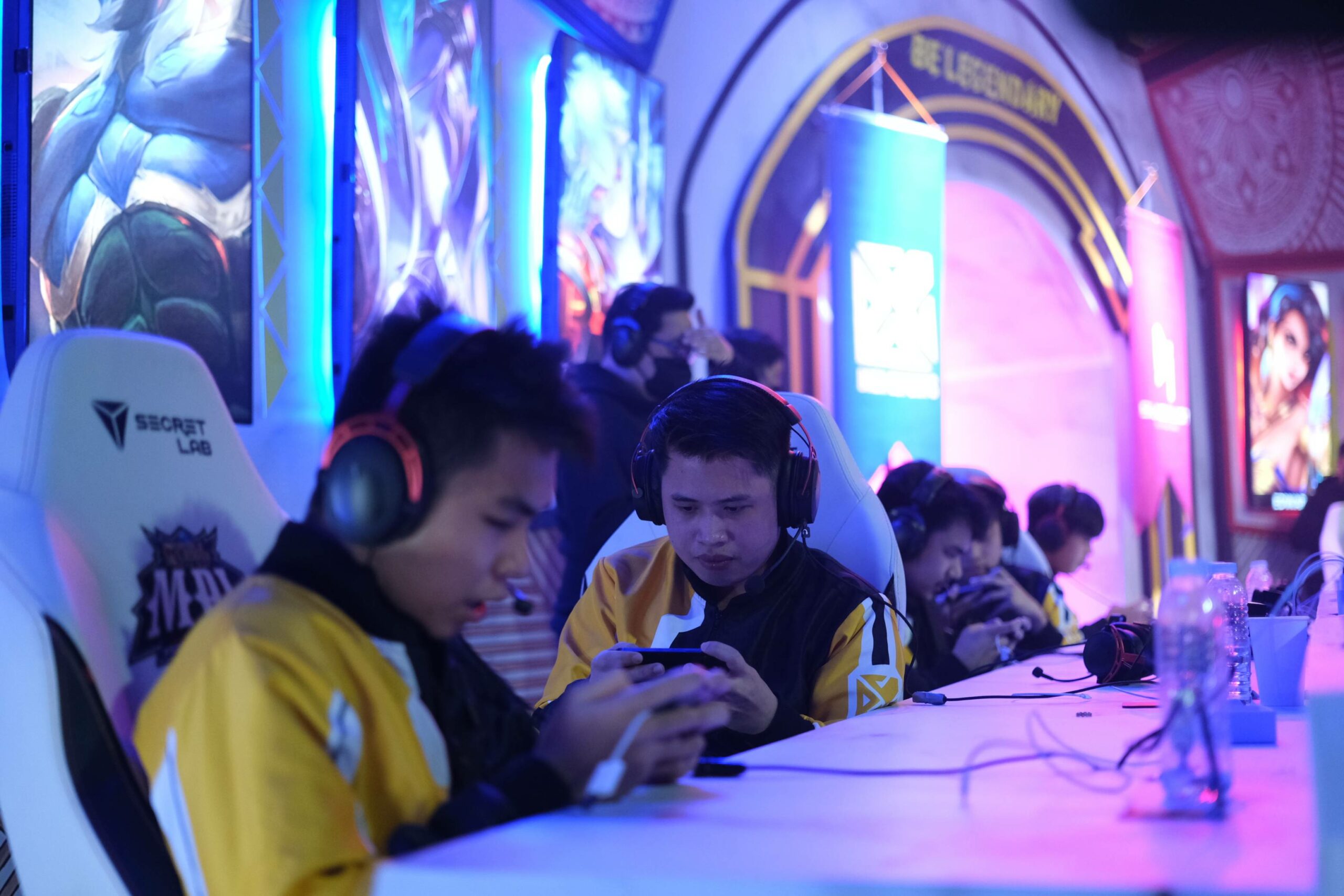 With Edward “Edward” Dapadap’s Benedetta down, Bren Esports picked up the Luminous Lord at the 20:32-mark of Game Three to try and finish off Blacklist International.

The MPL PH Season Six champions then secured a four-man wipe to seal the series. 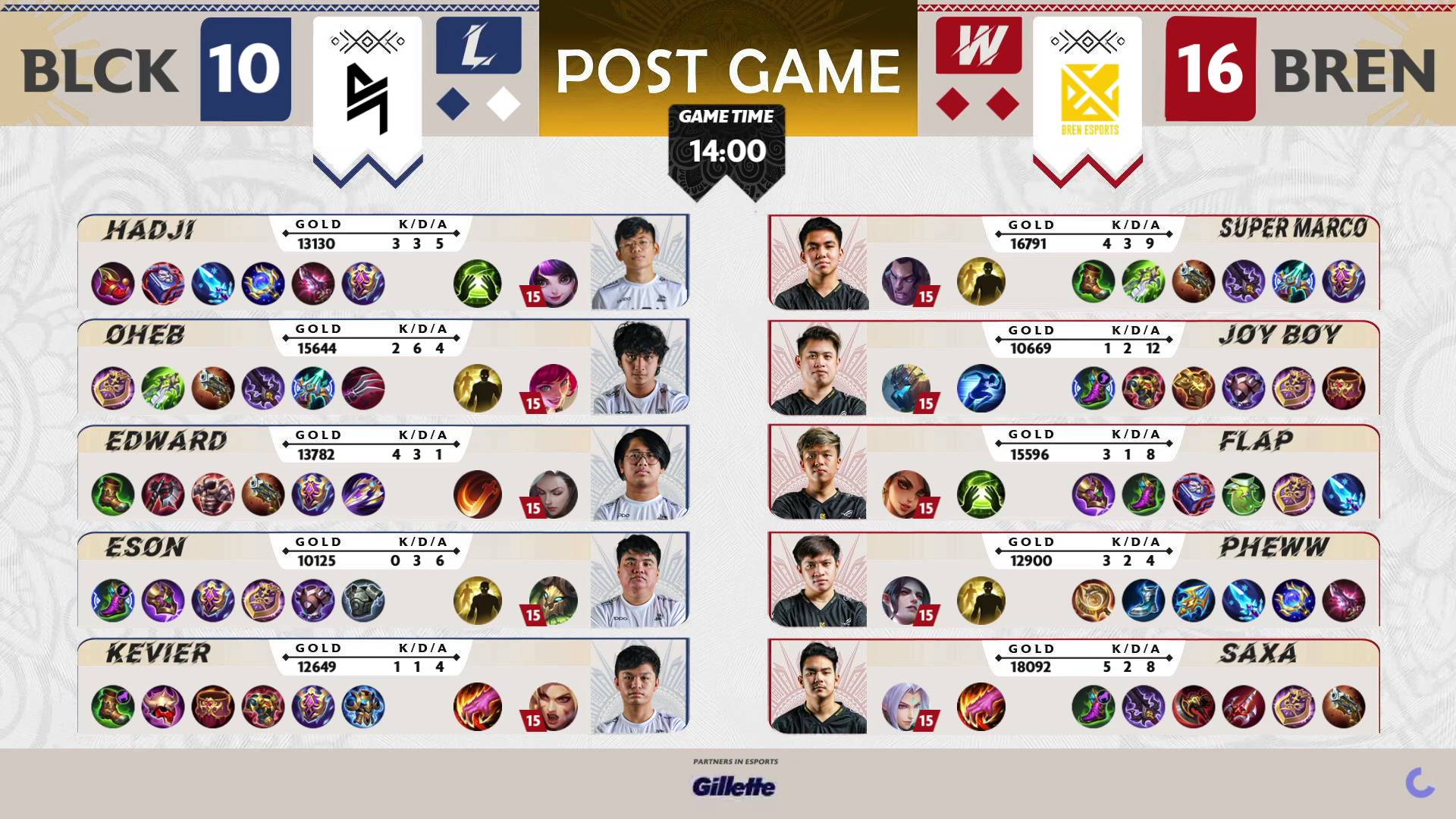 With the win, Bren Esports (4-8) tied Omega Esports (3-8) at the seventh spot with 10 points each. Meanwhile, Blacklist International kept the sixth spot with 12 points off a 2-10 standing.

Bren Esports made sure to avoid elimination as early as Game One, taking a 21-13 win in just 14 minutes and 57 seconds.

However, the constant aggression from JOY BOY De Guzman’s Hilda and the sustain coming from Saxa’s Baxia and Charles “Flap” Canon’s Dyroth allowed Bren Esports to completely take over the match.

After securing the first two Lords, Bren Esports was able to finish off the win as Blacklist International — who turned to a double sustain approach in the side lanes — failed to defend its base in the second siege.

JOY BOY finished with four kills and 12 assists against one death while Super Marco, who died four times early in the match, ended up with a solid 8-4-4 KDA line in Game One. 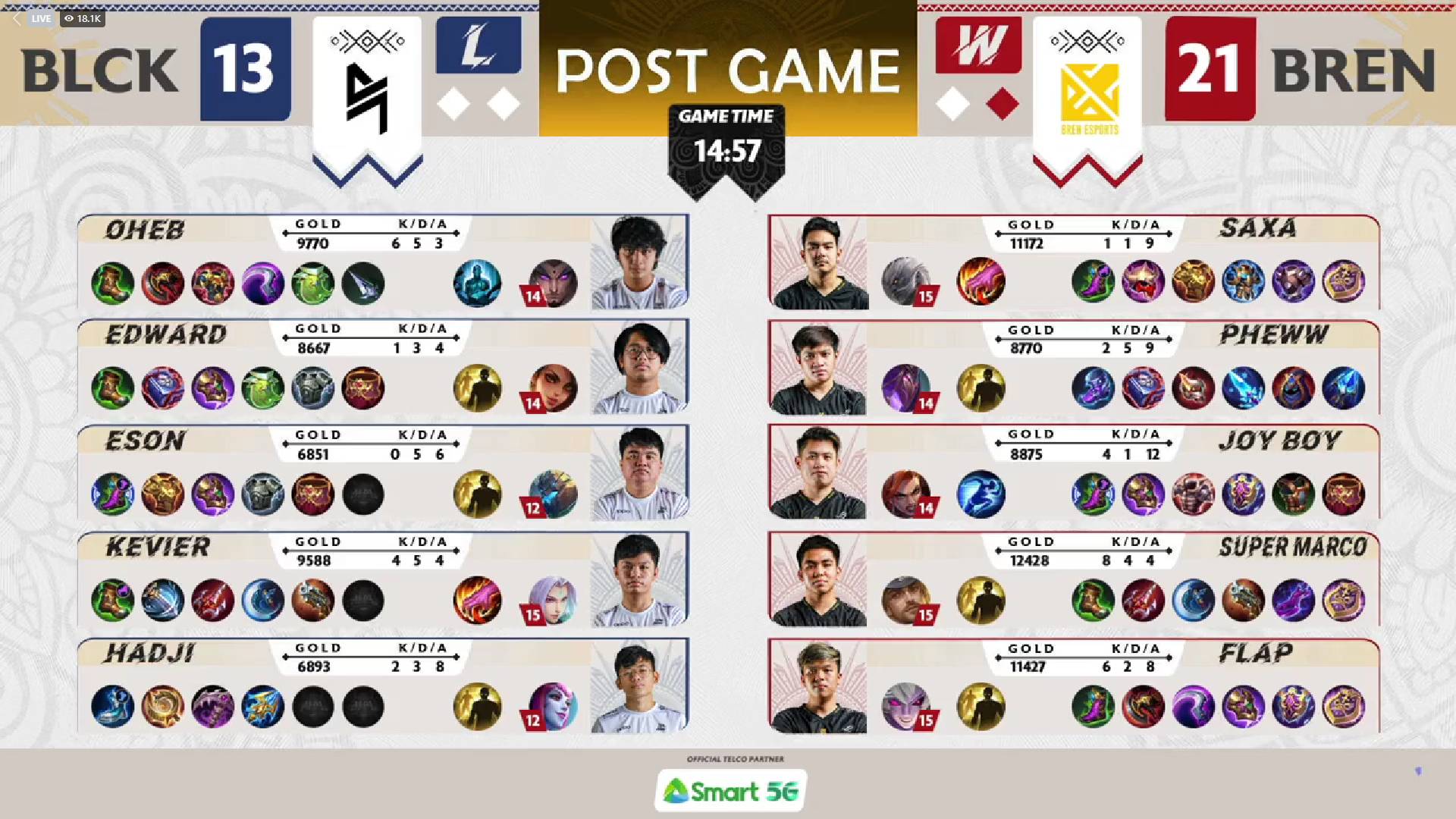 Bren Esports was already on the verge of a sweep after putting up an almost 7K gold advantage in Game Two. That, until Edward’s Chou turned things around for Blacklist International.

With Bren Esports looking to secure the Luminous Lord past the 12th minute, Edward caught Saxa’s Karina with the Way of the Dragon as the rest of Blacklist International finished him off.

Blacklist International then secured the objective against the four-man Bren Esports while also killing three members to finish the game.

OHEB’s Popol and Kupa led the way with seven kills and five assists against three deaths in the 14-13 Game Two win in 14 minutes while Edward had two kills, four deaths, and seven assists. 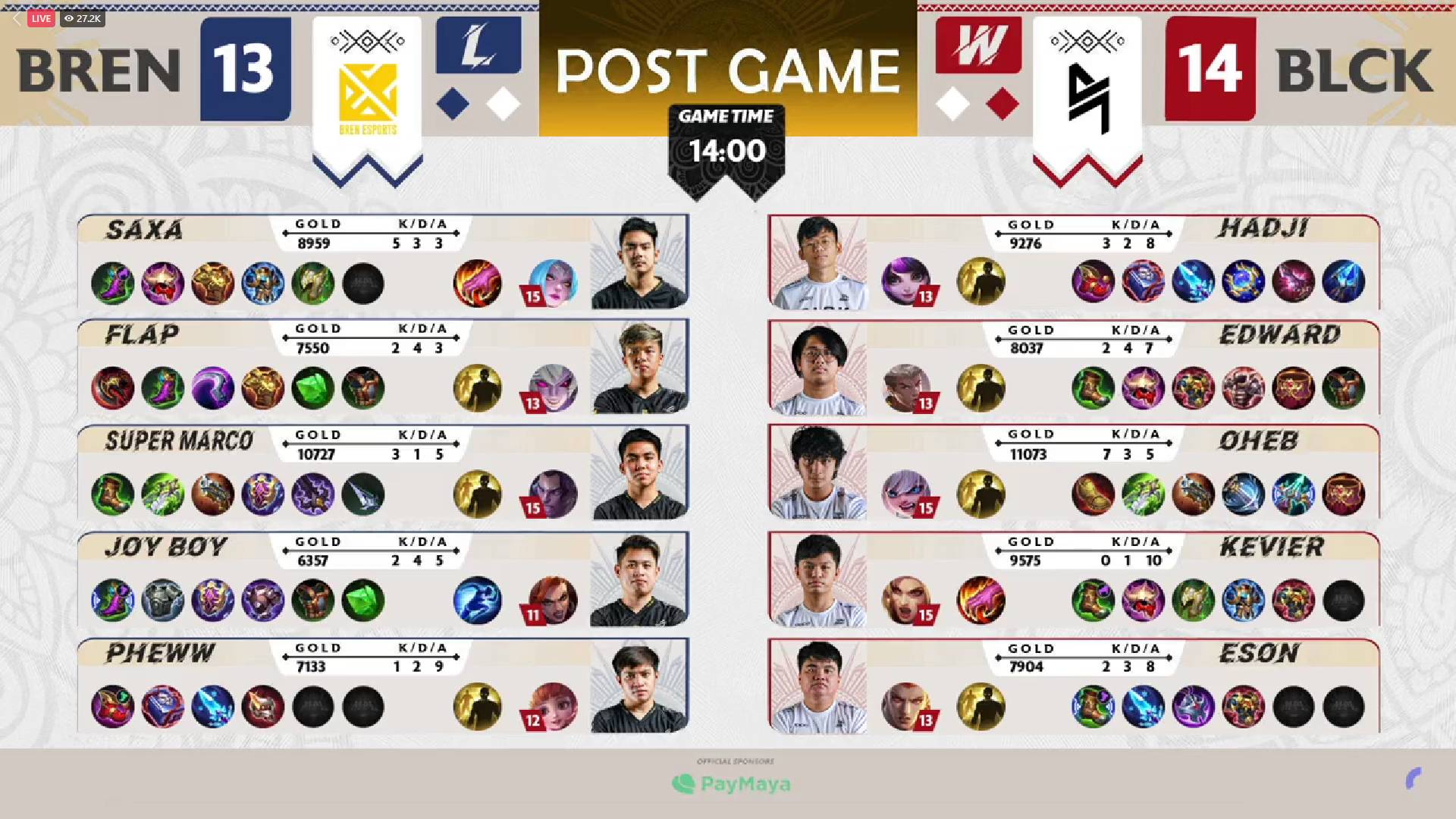 Bren Esports looks to make its final push for the playoffs on Friday at 6:00 PM against Omega Esports while Blacklist International will return tomorrow against ECHO to salvage its campaign at 8:00 PM.