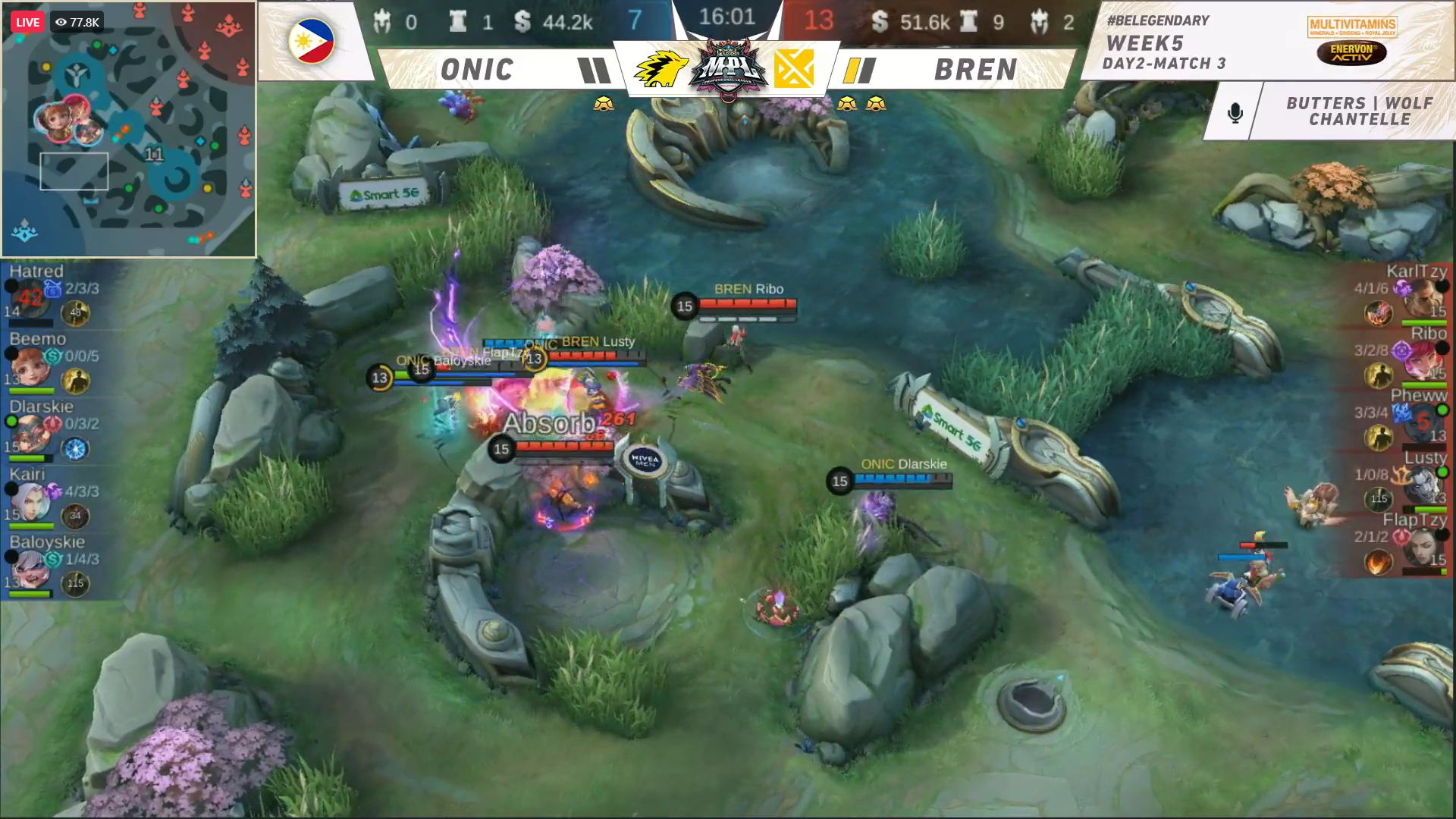 After staying at the last spot in the first four weeks, the MPL Philippines Season Six champions climbed up to the fifth spot with 12 points through a 4-6 win-loss standing.

The up-and-coming offlaner manned the frontline for the world champions, putting up four kills, four deaths, and three assists en route to the SMART 5G MVP in the 16:17-minute match. 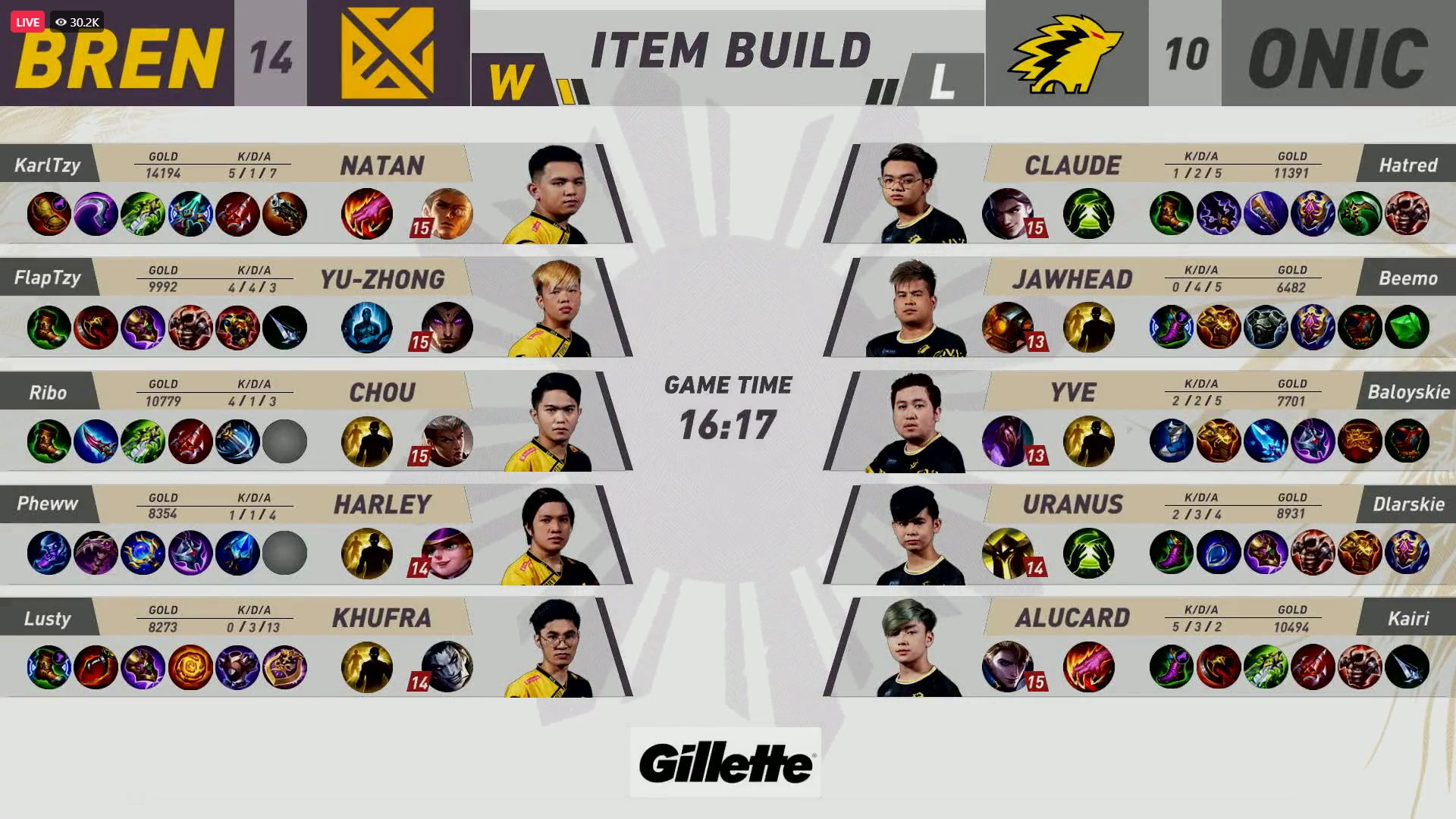 Lusty, along with Pheww’s Eudora, paved the way for Karl “KarlTzy” Nepomuceno’s Paquito, who bagged the SMART 5G MVP award, to have a field day with six kills and six assists against one death. 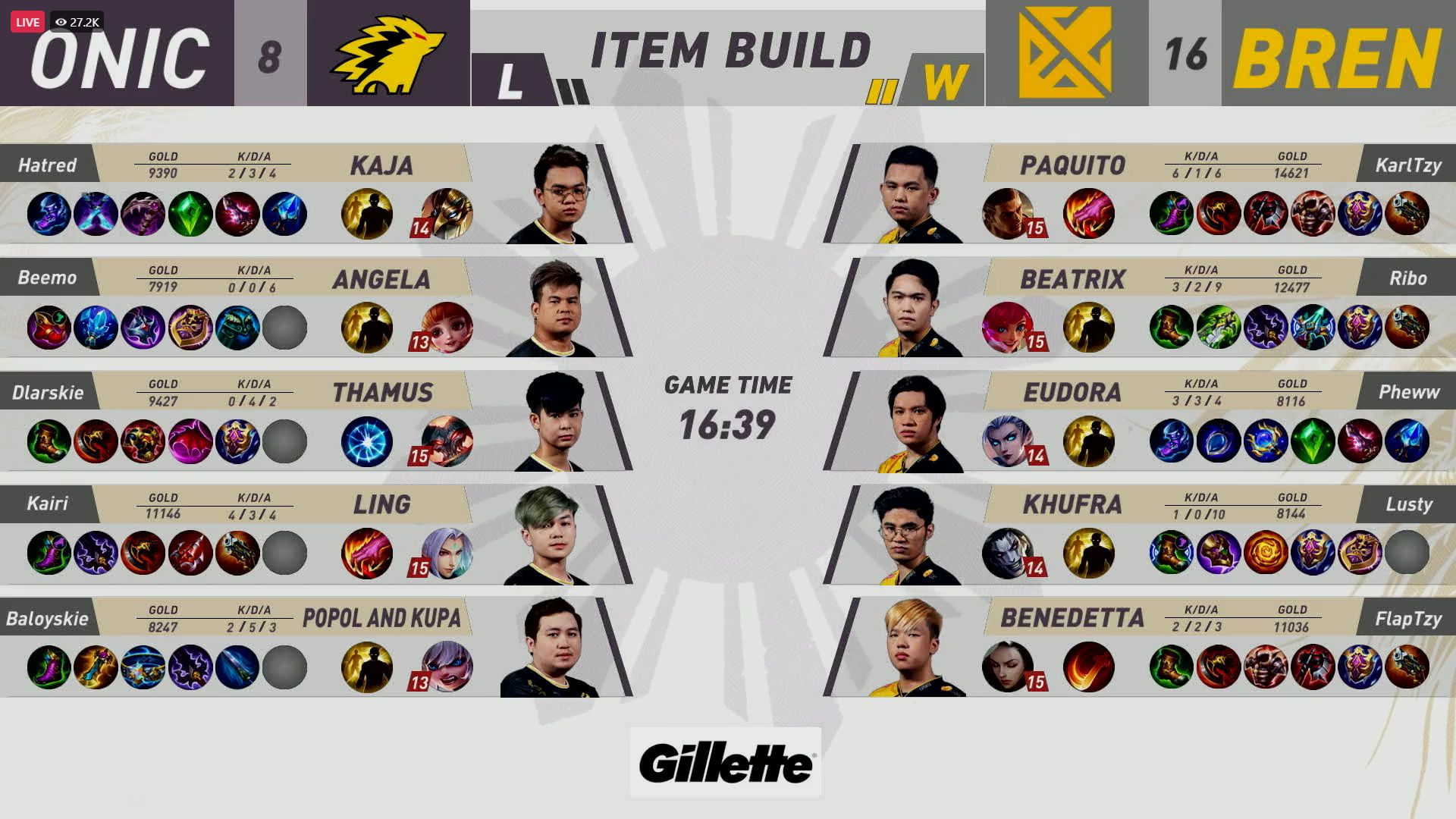 Lusty, meanwhile, finished with a game-high 10 assists along with a kill in the match which lasted for 16 minutes and 39 seconds.

Bren Esports’ advantage, who led by as much as 9k in the gold department, proved to be too much for ONIC PH to overcome.

ONIC PH, who was coming off a controversial win against Smart Omega Esports, still kept the second spot with 19 points off a 6-4 standing.

Bren Esports looks to exact revenge against TNC next week, Saturday at 12:00 PM while ONIC looks to bounce back against Nexplay EVOS tomorrow at 8:00 PM.