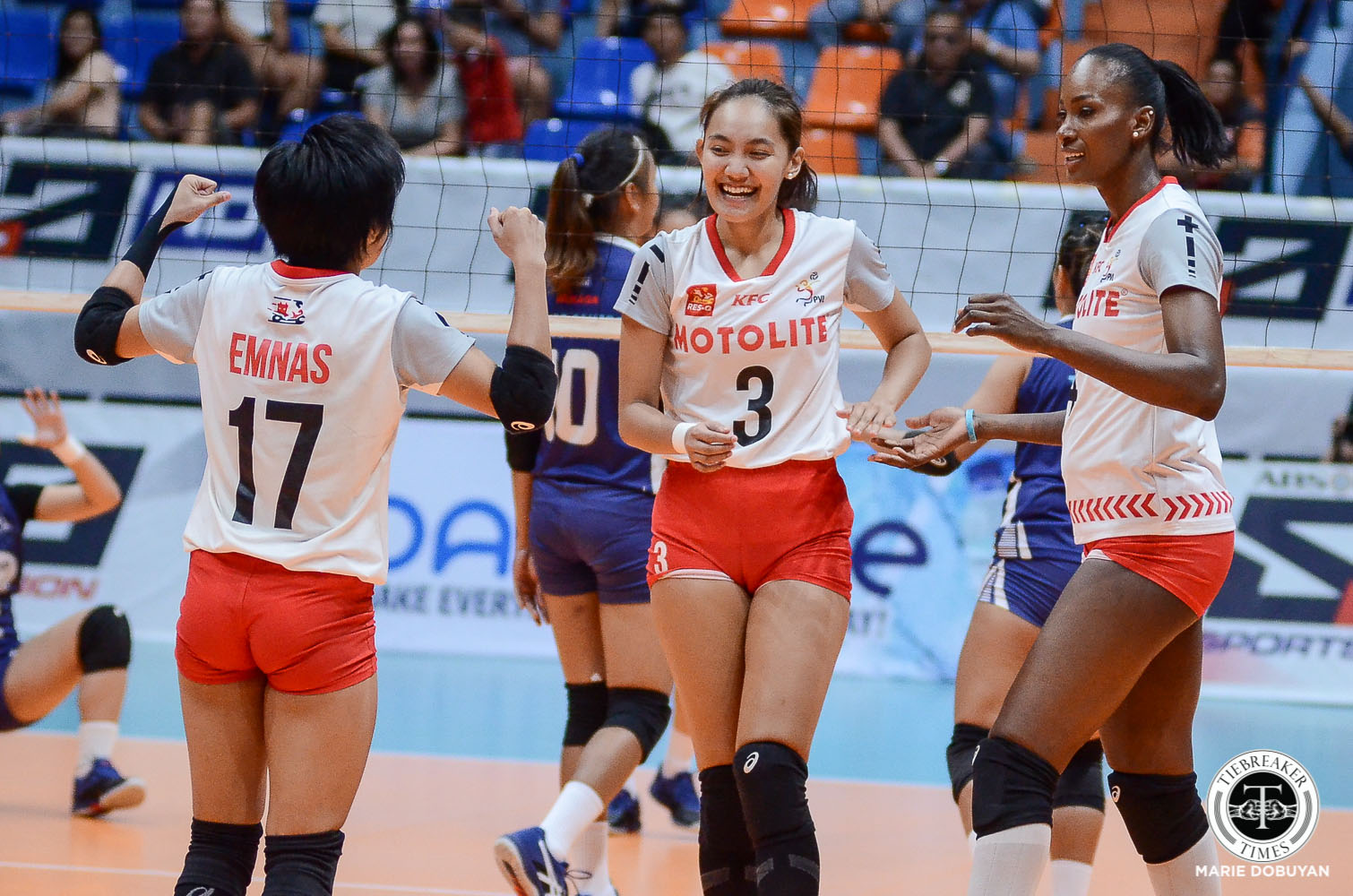 With their breakthrough win, Motolite, who improved to a 1-4 card, closed out their first round on a high note.

“We just wanted to end the first round on a really positive note. It’s been a really, really tough week for us,” Motolite head coach Air Padda said.

“To come out with a win to end the first round and to end this week, it’s a blessing,” she added.

After breezing past Bali Pure in the opening set, Motolite floundered in the ensuing frame, falling to a six-point hole, 13-19. With Channon Thompson behind the wheels, however, Motolite powered a 12-2 rally to take the set in come-from-behind fashion.

Riding the blistering momentum that they have built in the second set, Motolite raced to a 22-15 cushion – a lead that they would never relinquish.

Channon Thompson was the lone Motolite player in double figures, as she finished with a game-high 20 points off of 14 spikes, four blocks, and two aces. Tots Carlos and Marist Layug added eight markers each.

Danijela Dzakovic had 18 points built on 15 spikes, two aces and a block for the Water Defenders, who are still winless after four outings.

Motolite looks to build on this win as they take on PacificTown Army on June 16, Sunday at the Imus Sports Complex. Bali Pure, meanwhile, tries to pull the upset rug underneath Creamline to score their first win on June 12, Wednesday at the FilOil Arena.