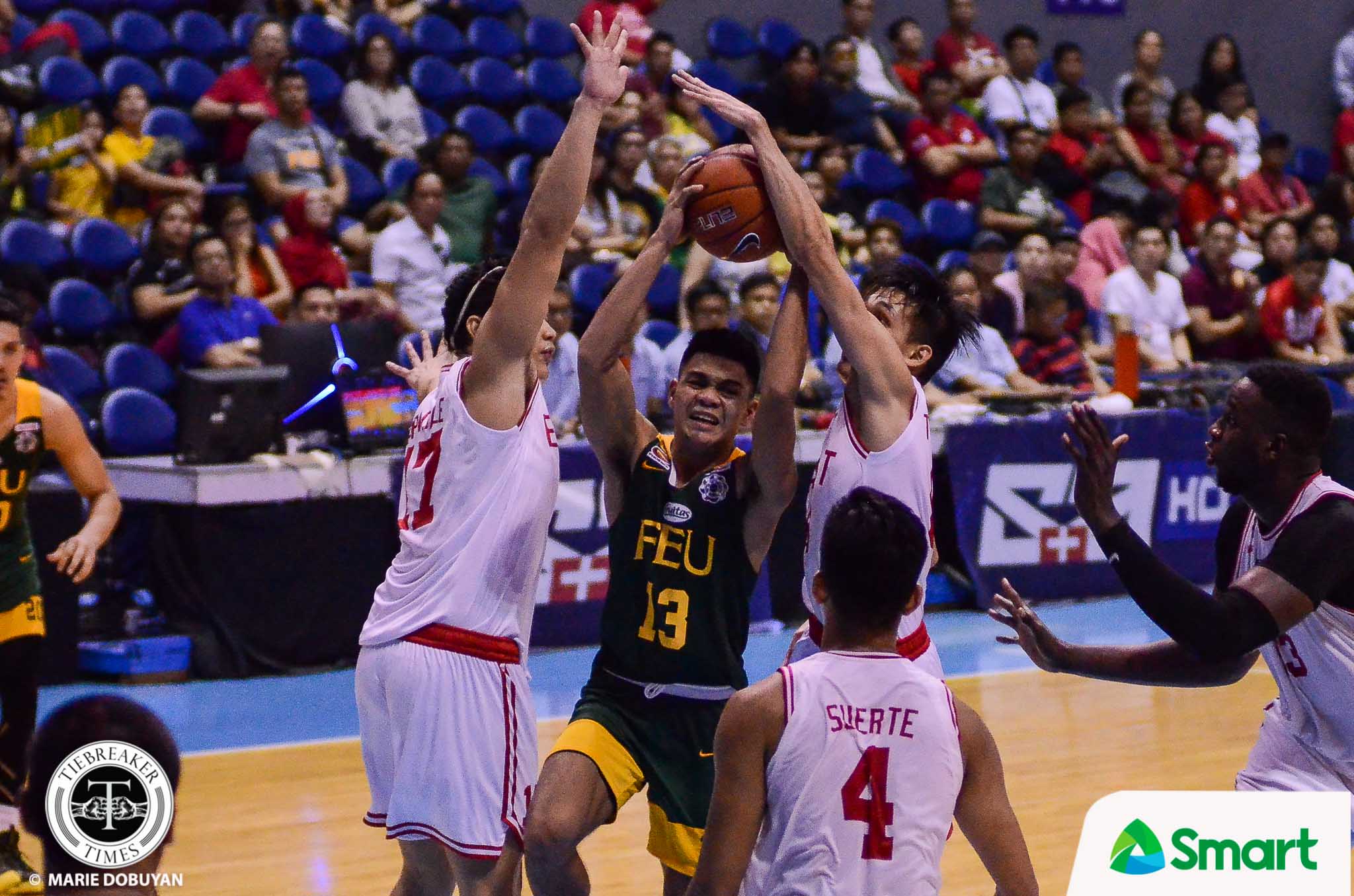 L-Jay Gonzales has been feeling under the weather since the Far Eastern University’s team practice a few days ago.

This is bad news for the Tamaraws, since they were facing their university belt neighbors UE Red Warriors today, Sunday, in the UAAP Season 82 Men’s Basketball tourney.

But Gonzales did not sit out. He wanted to play and help FEU get their first win after losing to the UP Fighting Maroons in their debut last Wednesday — and so he did.

Come the game, Gonzales would have had reason to struggle on the court. But he pushed through, and instead,  showed his all-around brilliance. He flirted with a triple-double of 14 points, eight rebounds, and eight assists and added two steals to help the Tamaraws bag the 81-65 victory.

Gonzales admitted that some of his teammates had actually informed him of his statline as if pushing him to chase the triple-double, but the 20-year-old said that he’d done enough.

For Gonzales, this output of his is just a result of him just enjoying his time on the hardwood. “Nage-enjoy lang ako sa laro, wala akong iniisip na marami. Relax lang.

His outing shows how much Gonzales gives for every match he plays. But for him, he still looks to give more.