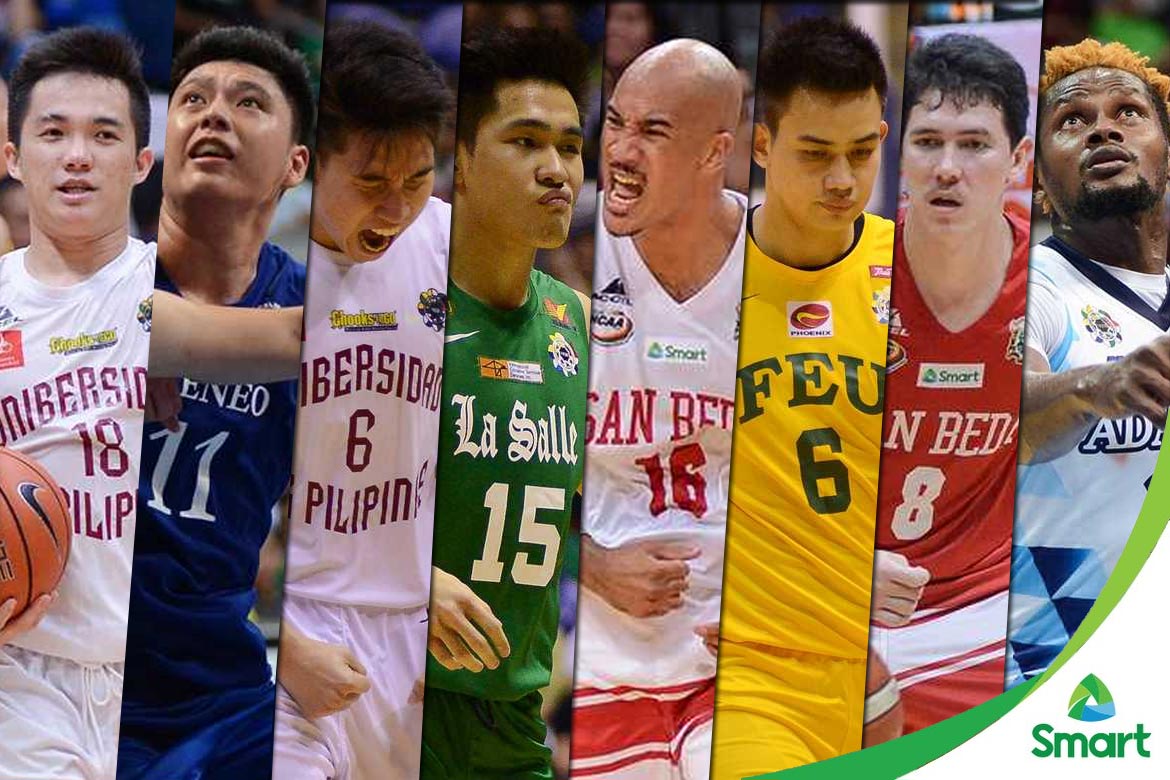 De La Salle University Green Archer Kib Montalbo and San Beda College Red Lion Davon Potts head the list of players who will be cited for their excellence during the UAAP and NCAA seasons in the Collegiate Basketball Awards set on Thursday, January 26, at the Montgomery Place Social Hall in E. Rodriguez Ave., Quezon City.

Montalbo and Potts are set to receive the Pivotal Player awards in the event backed by Smart, Accel, Mighty Sports, MJM Productions, and Chooks to Go, for playing significant roles during the title run of their respective leagues.

The defensive-minded Montalbo was instrumental in helping La Salle win the UAAP crown by sweeping archrival Ateneo in the finals, while Potts was one of the key figures in San Beda’s NCAA title victory over Arellano University.

Also to be recognized are San Beda’s Robert Bolick and Ateneo’s Isaac Go with the Impact Player awards for emerging as two of the top players of the recent collegiate basketball season.

Other awardees are University of the Philippines’ Paul Desiderio as the Chooks to Go Breakout Player, teammate Jett Manuel and Far Eastern University’s Raymar Jose as the Super Senior awardees, and Adamson’s Papi Sarr as Mr. Efficiency.

Desiderio earned a UAAP Mythical Five selection after UP flirted with making the Final Four for the first time since 1997, while Manuel and Jose impressed everyone during their final season in the UAAP.

Sarr, on the other hand, finished second in the UAAP Most Valuable Player race through his consistent play that had given Adamson their first Final Four appearance since 2011.

Also to be handed out by the group of journalists covering the collegiate beat is the Smart Player of the Year.