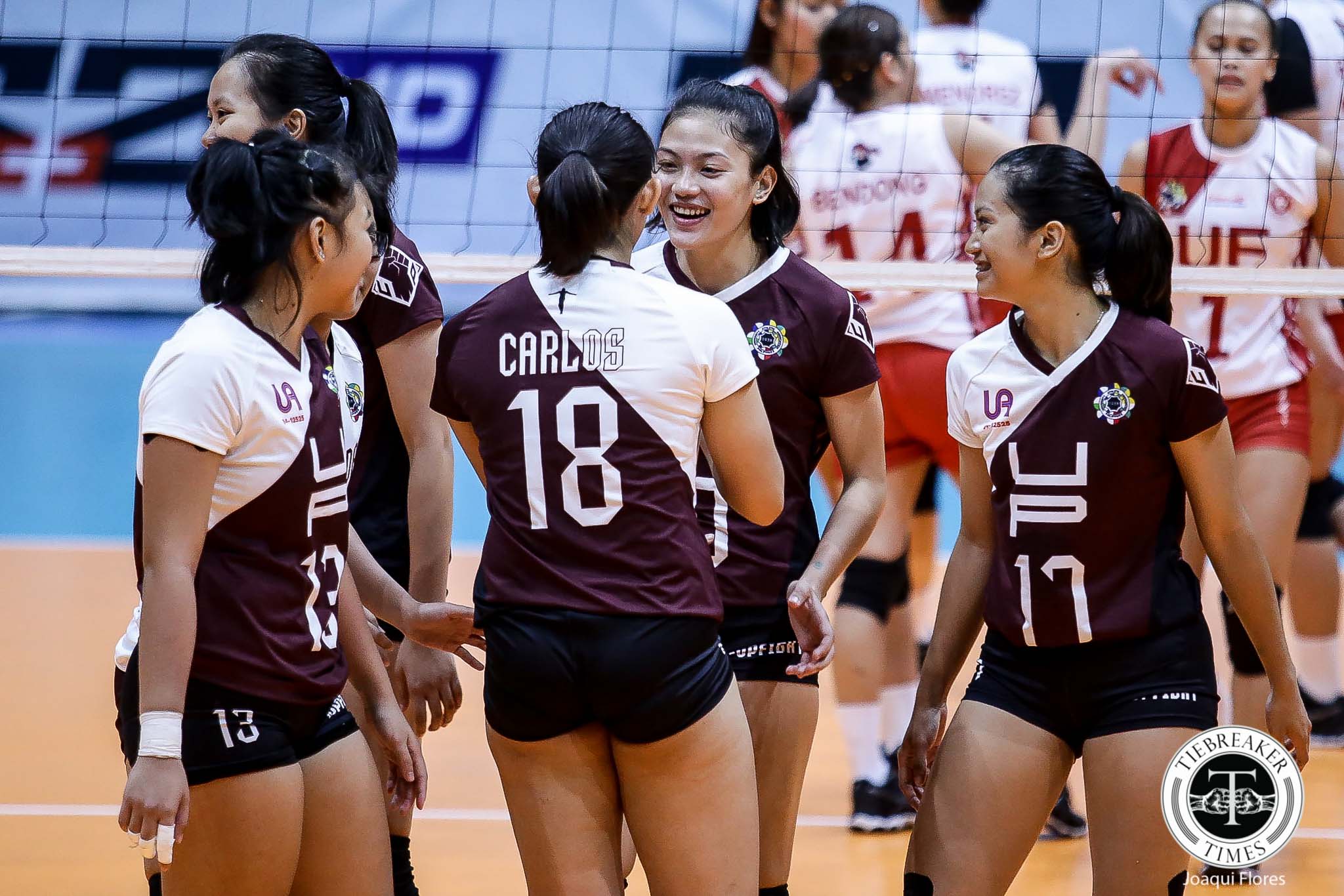 Less than a month before the UAAP Season 82 Women’s Volleyball Tournament, University of the Philippines welcomed back the troika of Isa Molde, Tots Carlos, and Justine Dorog.

The initial announcement came through a series of videos posted on the Twitter account of NowhereToGoButUP Executive Vice President Mandy Reyes, Thursday.

The team’s official Twitter account then confirmed the development that Molde, Carlos, and Dorog are all set to return for one final dance with the maroon and green. It also mentioned that Jessma Ramos, Rem Cailing, and Maristela Layug are tipped for one last shot at redemption as well.

Furthermore, the team’s account also made it known that they’ll now be referred to as the Fighting Maroons.

The veterans of State U were a part of the Godfrey Okumu-mentored that crashed out of the Final Four race in Season 81. They settled for a fifth place finish in an up-and-down campaign that saw them put up a 6-8 win-loss record.

All of them are coming back into UP’s fold equipped with valuable experiences in the semi-pro ranks.

Molde, Carlos, Ramos, and Layug were all a part of Motolite’s nucleus that made the Final Four of the Premier Volleyball League in just their second conference in franchise history. For their respective parts, Dorog played an integral role in Foton Tornadoes’ success last year; meanwhile Cailing suited up for BanKo Perlas’ numerous playoff runs.

The Fighting Maroons are currently in Osaka, Japan for their training camp in preparation for the collegiate volleyball wars, which will commence in February.